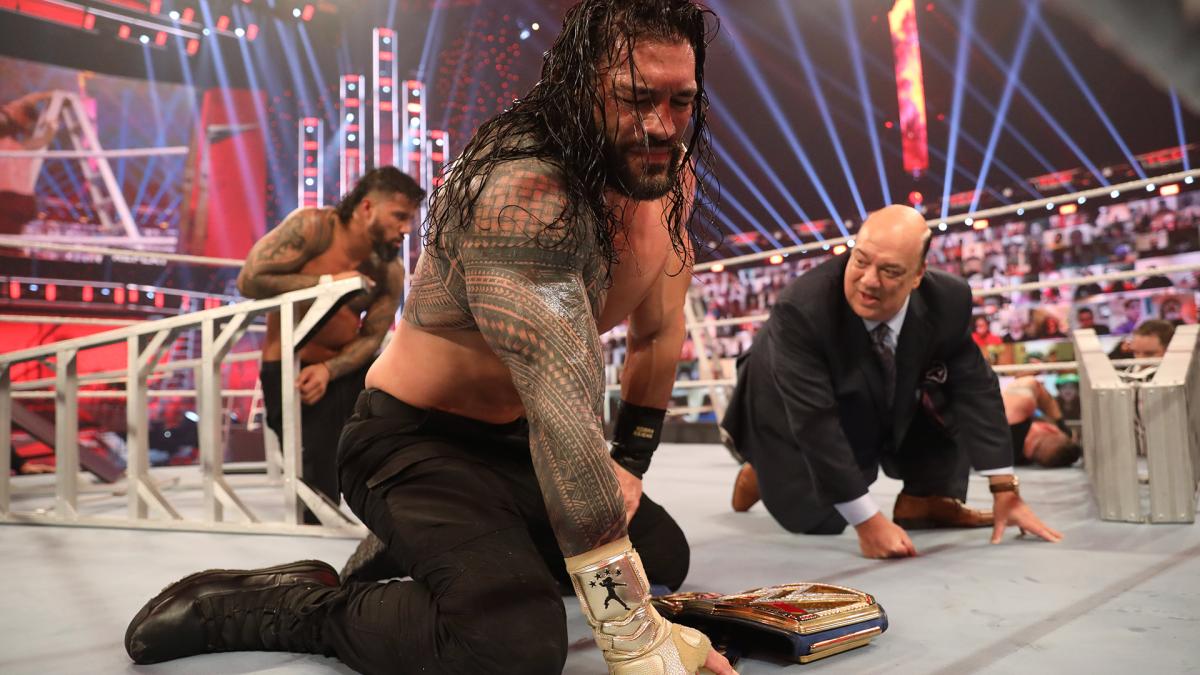 In the end, a combination of a distraction from Uso and a guillotine submission hold dropping Owens from a ladder, Reigns was able to ascend the rungs and snare his title and the victory.

Drew McIntyre remains WWE Champion after a successful title defence of his own to start the main portion of the show.

The Scot, arguably WWE’s top star of 2020, retained against not only his scheduled challenger in AJ Styles, but also Mr Money in the Bank The Miz, who opted perhaps unwisely to cash in his briefcase in the middle of the match.

McIntyre’s two title reigns across this year have done a great job of establishing him as a true WWE main eventer, and his bout did little harm to that stature. The champ was presented as every good title holder should be – strong, powerful and driven. In slamming Styles over the top rope and through a table at ringside he was able to show the former, while eventually dispatching The Miz at the finale of the contest with a Claymore kick showed plenty of the latter. 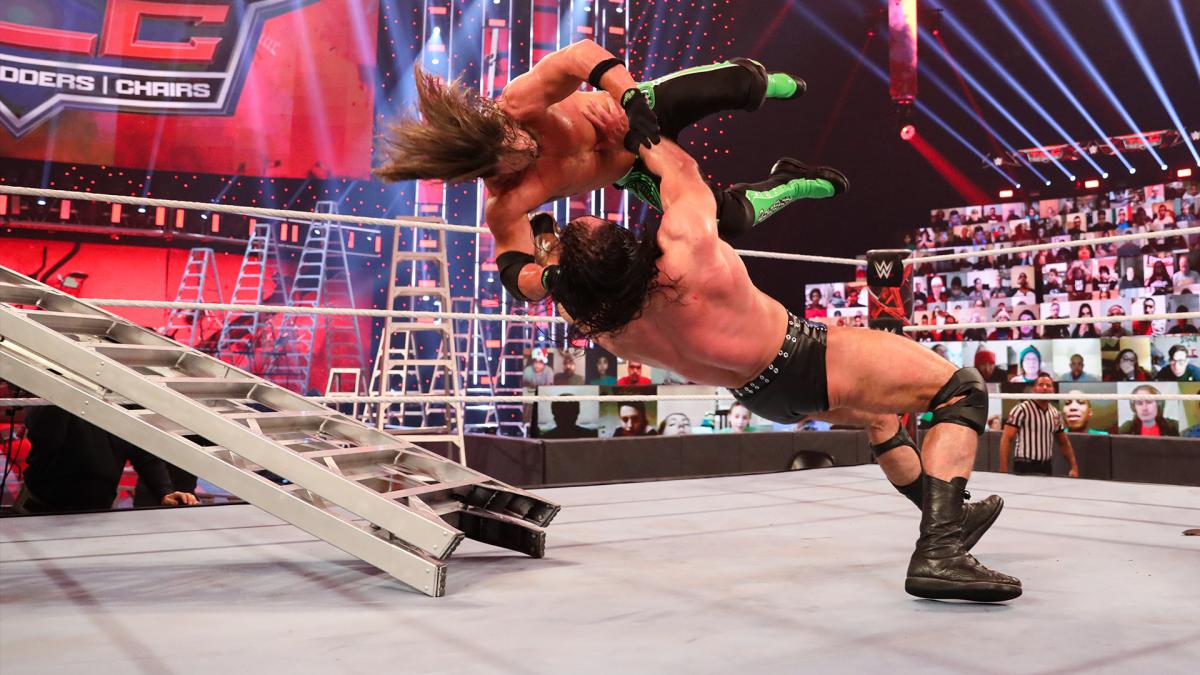 There was a big return at TLC as Charlotte Flair made a comeback at the event as the surprise partner to Asuka in the women’s tag team championship match.

Asuka had been in search of a partner to face Nia Jax and Shayna Baszler since the champs had wiped out Lana in the build-up. It had been heavily rumoured Flair would be the one to fill the void, and the illustrious multi-time former champion duly obliged.

In what perhaps became a formality once Flair had returned, the titles changed hands in relatively quick order, the duo needing barely ten minutes to secure victory as Flair nailed Baszler with Natural Selection to secure the decisive pinfall. 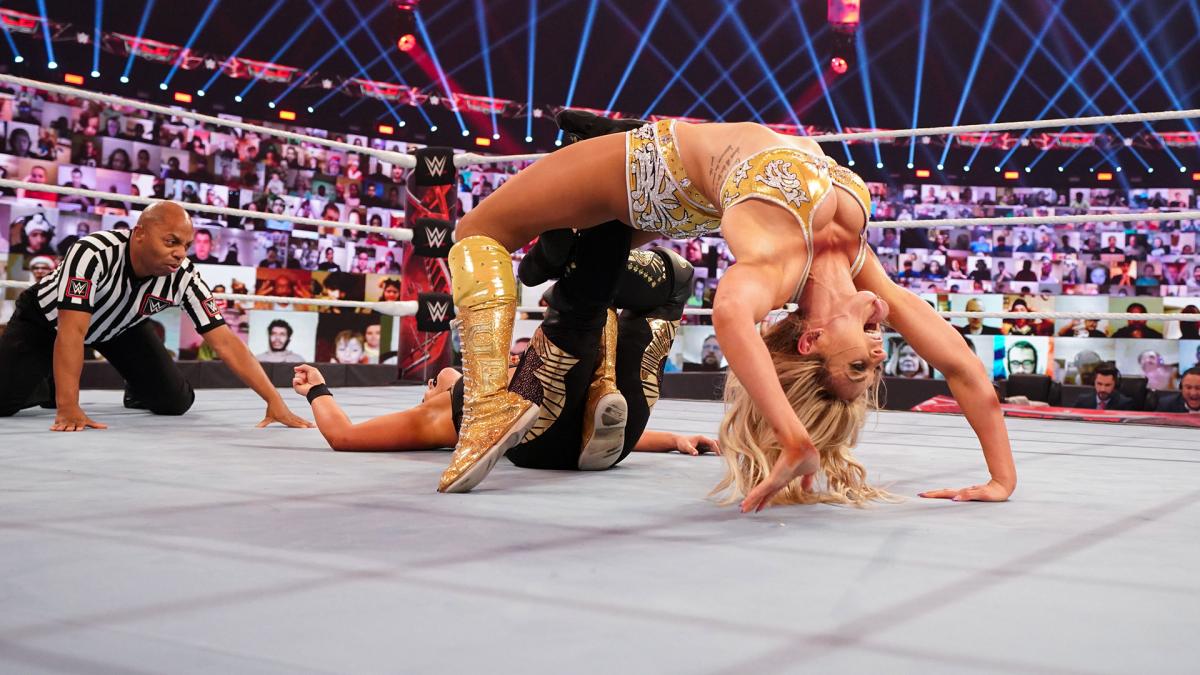 One of the more bizarre scenes at TLC came at its conclusion as WWE – as it often does – switched from less athletic action to more theatrical content, not that it was any less gripping.

Randy Orton had just about done enough to win a Firefly Inferno match against The Fiend Bray Wyatt by setting fire to the sinister Wyatt to end a bout that had already featured plenty of gasoline and a pick axe.

Despite having been defeated and set alight, The Fiend continued to pursue The Viper in and around the ring, leaving Orton no alternative but to nail another RKO, douse the supposed prone body of his foe in more gas before setting it alight in another burst of flames.

There were two other championship matches on the card, including the crowning of new RAW tag team champions in The Hurt Business after Cedric Alexander and Shelton Benjamin overcame The New Day. There was a little bit of dissension in the ranks of the Hurt Business after Alexander appeared to usurp Benjamin in finishing off Kingston, but it was nonetheless pleasing to see a relative veteran in Benjamin performing at a high level again.