Tyson Fury will take on Braun Strowman at WWE’s upcoming Crown Jewel Pay-Per-View event in Saudi Arabia but the fans shouldn’t get their hopes up just yet.

Fury’s angle with Strowman kicked off last week on Friday during SmackDown’s premiere episode on FOX when the professional wrestling star confronted the Lineal Heavyweight Champion, who was sitting on the front row with his family.

The Monster Among Men, who was competing in an Eight Man Tag Team Match, then tossed one of his opponents Dolph Ziggler against the barricade in front of The Gypsy King who was knocked back down to his seat.

After the bell the former WBA, WBO an IBF World Heavyweight Champion was seething as he jumped over the rail and tried to confront the super heavyweight.

However, the boxing superstar was stopped by an army of security guards who escorted him to the back.

Fury returned on RAW the next Monday to demand an apology from Strowman but the 6ft 8in, 385lb wrestler refused and that sparked a brawl between them in the ring.

Security were unable to separate them and so a number of WWE superstars emptied the locker room and came out to stop the fight.

WWE then announced that the two behemoths will settle their differences at Crown Jewel on October 31 in Riyadh in what many could frivolously describe as a must-see. 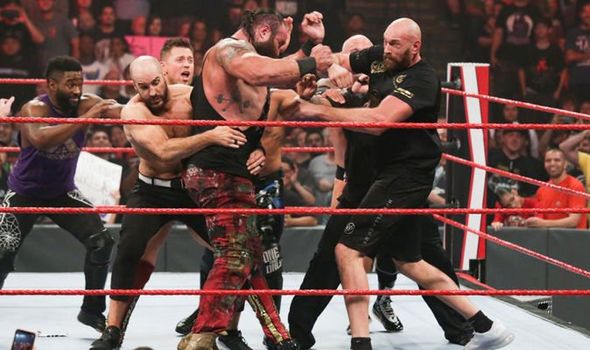 However, no matter how interesting this encounter looks on paper, it will probably not live up to expectation.

The first three shows in Saudi Arabia were embroiled in controversy due to to the exclusion of female wrestlers, murder of prominent journalist and government critic Jamal Khashoggi as well as the kingdom’s poor human rights record.

This was combined with a series of disappointing matches, such as the World Cup Final and Strowman vs Brock Lesnar at last year’s Crown Jewel.

And who could ever forget the disastrous dream match between The Undertaker and Goldberg at WWE Super ShowDown which saw the latter leaving the Middle East with a concussion?

There’s a negative pattern there in which unfulfilling matches and Saudi Arabia events go hand in hand – a hoodoo that even Fury may not be able to end.

It is also interesting to examine how physical the boxing superstar is allowed to get ahead of his big rematch with Deontay Wilder.

The undefeated 31-year-old is expected to take on Wilder on February 22 in Las Vegas and his representatives won’t risk him getting injured so close to that highly-anticipated fight.

The restrictions were evident during the brawl on RAW as none of the two heavyweights exchanged blows and instead appeared to be trying to wrestle each other to the ground. 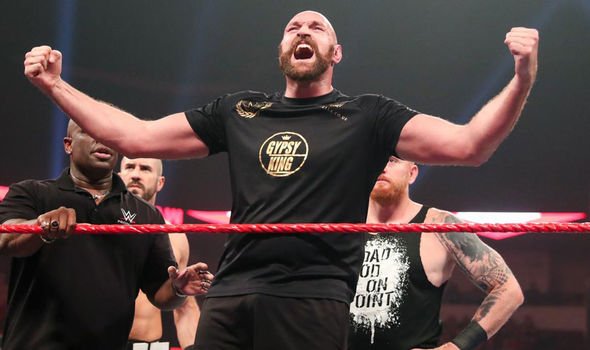 The 6ft 9in heavyweight has also been warned off all physical exercise until mid-November after sustaining 47 stitches around his right eye from his win over Otto Wallin last month.

Fury will not be able to resume sparring until December at the earliest and his promoter Frank Warren told Metro that a WWE match would pose a major risk amid his recovery from injury.

The Gypsy King is a natural showman and has all it takes to get the crowd entertained as proven in many promotional press conferences with previous rivals.

But it seems safe to assume that a match with Strowman will not come anywhere close to becoming a five-star classic.

Nevertheless, Fury is an undeniable talent and no matter how he is booked we are certain to undergo a bonkers ride.