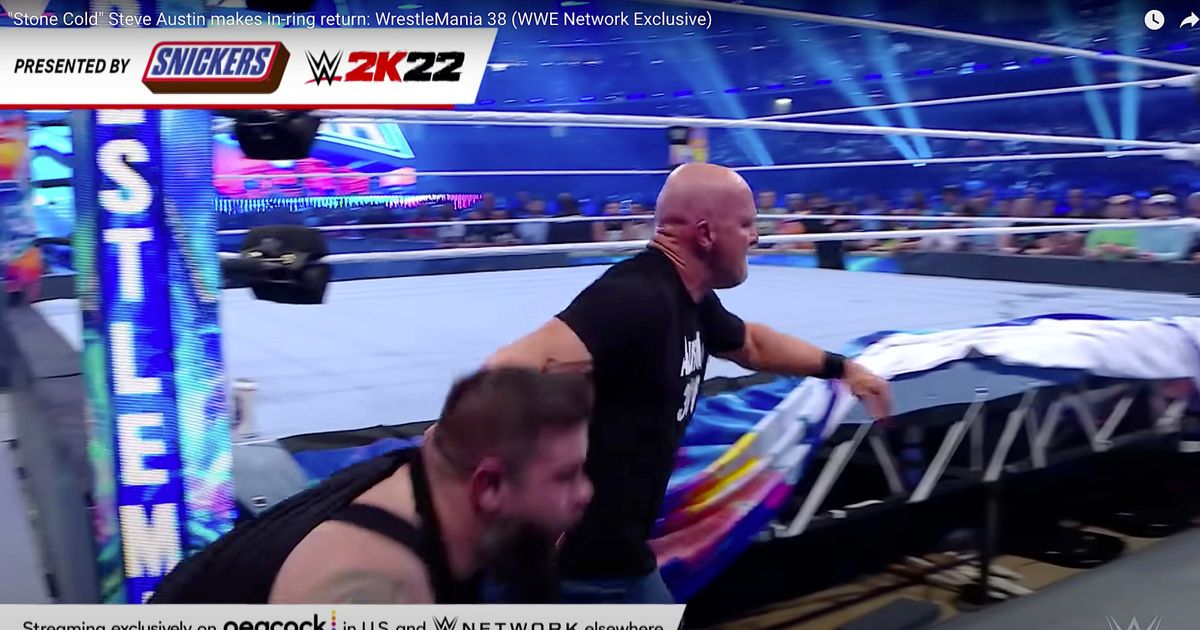 'Stone Cold' Steve Austin made a dramatic return to WWE on Saturday night as he beat Kevin Owens in a no holds barred fight on the first night of Wrestlemania 38.

The legendary three-time world champion was only billed to appear on the KO Show, hosted by Owens, to respond to his new rival's recent slander. However, in front of his home crowd in Texas, Austin was inadvertently challenged to a match, and sent the 77,000 fans at the AT&T Stadium into raptures by duly accepting the challenge.

And despite an exile spanning nearly two decades, 'The Rattlesnake' put in an impressive showing, taking the fight outside the ring and even beyond the security barriers. It looked like Owens was set for an unpopular win though, when he dropped Austin with his own signature move, the 'stone cold stunner'.

Austin kicked out. but remained in trouble as Owens brought a steel chair into the ring. However, the WWE icon ducked his attempted shot and then moments later, hit a stunner of his own to seal the win.

Emotional scenes followed, as Austin celebrated with his customary downing of beers before dropping Owens with a second stunner. He then invited Byron Saxton into the ring, only for the WWE commentator to suffer the same fate.

Austin, 57, retired from in-ring action back in 2003 when he was beaten by The Rock at Wrestlemania 19, although has since remained active within wrestling and appeared sporadically on televised shows.

And speaking to the WWE Network afterwards, he insisted he was "ready for anything" on his comeback night: "KO is outstanding but he ran his mouth a little too much and it finally caught up with him," he said.

"But it was an honour to be here on such a stacked card with so many great matches." He also hailed the electric atmosphere which greeted his return.

"You just love the crowd and the buys before me had so many great matches and it's really hard to follow that. But you live and die by that crowd.

"This crowd is so faithful, so loyal, so behind everything you do. So I give a shout to the WWE superstars who worked before me and who will work tomorrow night. But I give the biggest shout out to the crowd."

Other highlights on night one saw Logan Paul team up with The Miz to beat Rey Mysterio jnr and son Dominik. Afterwards however, the YouTuber was attacked by his new partner, seemingly paving the way for a feud.