Rousey enjoyed a stunning first year in WWE as she became RAW Women’s Champion just four months after her debut and beat some of the biggest superstars in the roster like Sasha Banks, Nia Jax, Alexa Bliss and more.

The Baddest Woman on the Planet also made history at WrestleMania 35 when she took on Charlotte Flair and Becky Lynch in a Winner Takes All Triple Threat Match.

The three WWE superstars became the first ever women to headline WrestleMania at MetLife Stadium in New Jersey.

Rousey’s WWE success is no surprise following her incredible four-year career in UFC where she became the first ever Women’s Bantamweight Champion, remained undefeated for a staggering three years and was inducted into the Hall of Fame.

She’s going to chop my arms off me

Reigns fully recognises her achievements and is convinced The Arm Collector would chop his limbs off if she ever managed to lock him in her devastating Armbar finisher.

The Big Dog told the Elvis Duran Show: “She’s going to chop my arms off me.

“If she gets a hold of one, she going to break that thing.

“I think I can take a punch from her but she would snap my arm like a twig.” 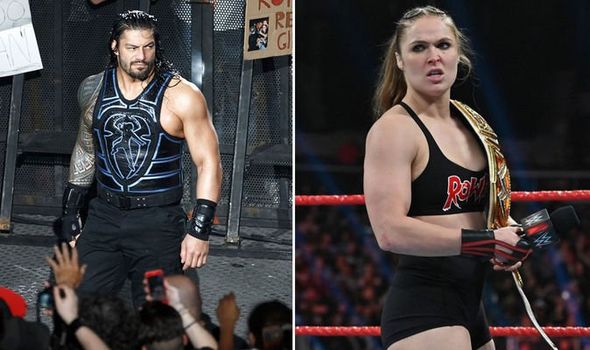 Rousey lost the first ever all-women’s main event match at WrestleMania as Lynch pinned her to win the RAW and SmackDown Women’s Championships.

The Man beat the MMA hero with a Small Package but the finish was marred by controversy as The Rowdy One got her shoulders up before the three count.

WWE announced that the 32-year-old fighter broke her hand during the match and her next appearance is currently unknown.

Reigns was also in action at WrestleMania and defeated Drew McIntyre in a Singles Match. 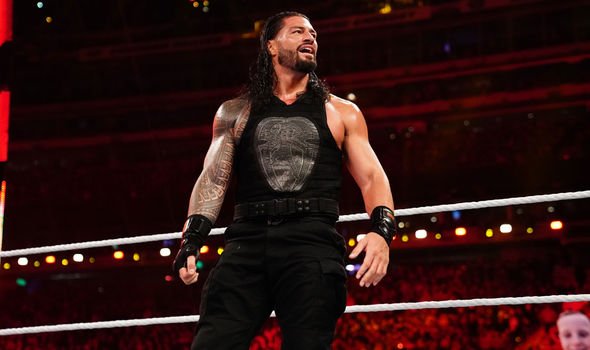 That was the four-time world champion’s first one-on-one fight after his four-month battle with leukaemia.

The ex-WWE Champion’s first match after his cancer struggle took place at Fastlane where he reformed The Shield with his legendary partners Seth Rollins and Dean Ambrose.