Chris Jericho claims boxing legend Mike Tyson is capable of having a wrestling match after their brawl at AEW Dynamite. Jericho and Tyson have a history together as Iron Mike knocked out the WWE legend in 2010 when the boxer performed as the special guest host of RAW.

The heavyweight athlete and Le Champion teamed up to take on Shawn Michaels and Triple H of D-Generation X, who picked up the victory after Tyson turned on his partner and knocked him out with a thunderous right hand.

Tyson made a return to professional wrestling on Saturday at Double or Nothing where he presented the new TNT Championship to Cody Rhodes, who defeated Lance Archer after Iron Mike prevented an interference from Jake ‘The Snake’ Roberts.

The heavyweight’s return brought back memories for Jericho, who hasn’t forgotten the last time they met, and he demanded an apology from the boxing great last night at Dynamite as he stood in the ring with his Inner Circle team-mates.

Tyson confronted him with an entourage of his own, consisting of UFC stars Henry Cejudo, Rashad Evans, and Vitor Belfort. 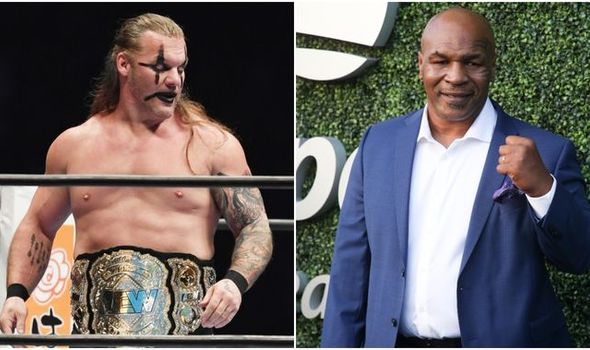 The 53-year-old refused to apologise and that sparked a brawl between the two groups, which teased a possible angle somewhere down the line.

Jericho is confident that scripted melee could lead to a big match in the ring as he insists Tyson does have what it takes to step inside the squared circle.

Iron Mike has also been working on a boxing comeback – with reports suggesting there could be another fight against legendary rival Evander Holyfield or even a dream match against Tyson Fury – and the former AEW World Champion thinks that a return from retirement is likely. 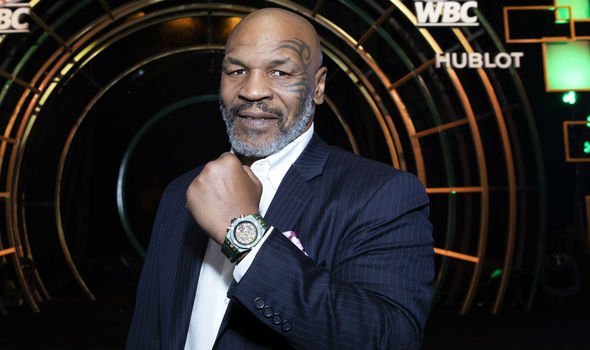 Jericho told Digital Spy: “It was amazing. We had such a chaotic night and I think it was a great way for us to re-introduce Mike and have some insanity on the show.

“It was totally wild and woolly. It just shows that now more than ever Iron Mike Tyson is someone who’s very buzzworthy.

“He’s in great mental shape, physical shape and he’s ready to make a comeback. Whether that means a boxing match or whether it means a wrestling match or whatever it could be.

“He wants to be in the spotlight again and AEW’s the cool place to be. I mean, there’s no doubt about it.

“I think anybody that watches wrestling knows that and that’s why Mike came to play with us, so to speak.

“It’s not up to him, that’s up to me. Of course, he’s capable. Wrestling is all shapes and sizes and there’s a lot of different ways to do it.

“So if he’s agreeable to doing something with us, then we work to his strengths and eliminate his weaknesses that’s what wrestling’s all about.”