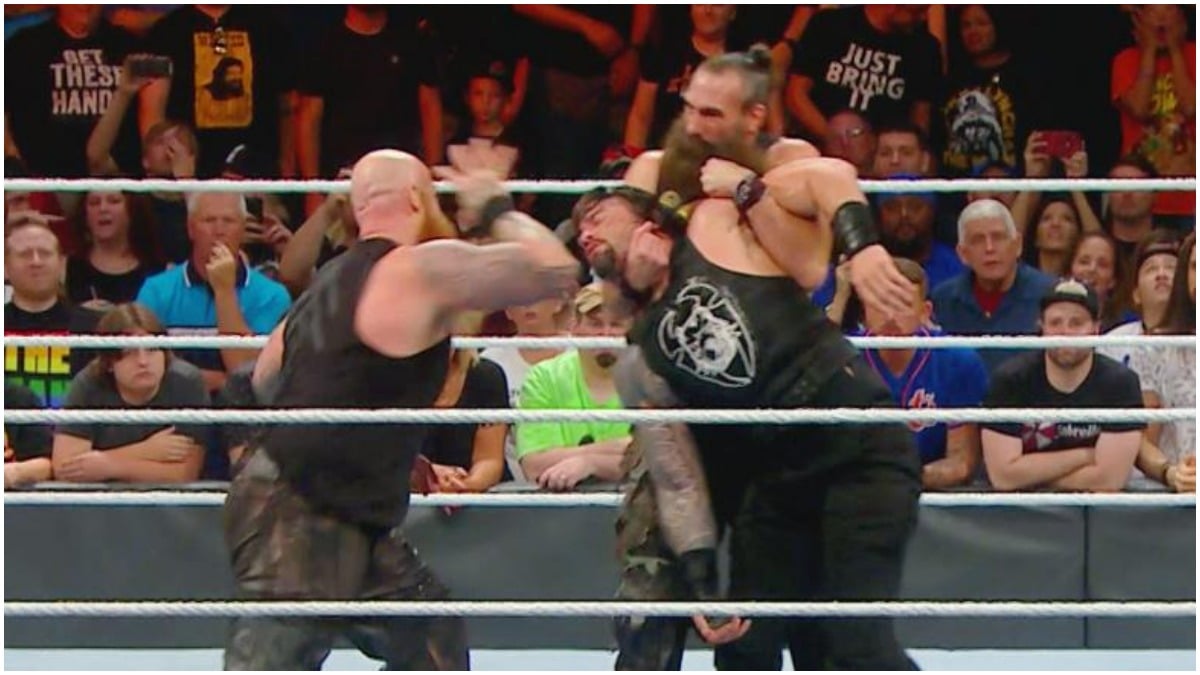 Erick Rowan battled Roman Reigns in the only non-title match at WWE Clash of Champions in a No Disqualification match.

While most people expected Daniel Bryan to play into the match since he was part of the storyline leading into the feud, he never showed up.

However, Luke Harper made his WWE return during the match.

Erick Rowan and Roman Reigns put on a hard-fought brawl at WWE Clash of Champions. The two big men used the No DQ rule to its fullest, pulling out all the stops and brawling all over the ringside area.

However, while many people predicted that Daniel Bryan would get involved or The Fiend Bray Wyatt might show up to help his former follower, neither of those things happened.

While Wyatt didn’t show up until later in the show, it was another former member of the Wyatt Family who did make an appearance as Luke Harper ran in and helped Erick Rowan not only beat down Roman Reigns but allow Rowan to pin Reigns.

The Bludgeon Brothers now appear to be back together after almost a year apart.

Where has Luke Harper been?

The Bludgeon Brothers were on top of the SmackDown Live tag team division, destroying everyone in their path, in 2018.

Then, Erick Rowan suffered an injury. Both men were taken off television and Luke Harper went down with an injury next.

When both men were healthy again, WWE brought back Rowan and teamed him up with Daniel Bryan, but Luke Harper was nowhere to be found.

When AEW was starting up, Luke Harper asked for his release but Vince McMahon denied his request and still refused to bring him back to television. Not only that, but WWE added six more months onto the end of his contract to make up for his missed time due to injuries.