Lesnar stormed to the ring after now former titleholder Seth Rollins and his girlfriend as well as RAW Women’s Champion Becky Lynch successfully defended their titles against Baron Corbin and Lacey Evans in a Winners Take All Mixed Tag Team Extreme Rules Match.

The Beast took out Rollins with a German Suplex and then finished him off with a thunderous F5 to regain the Universal Championship in front a of a shocked crowd at the Wells Fargo Center in Philadelphia, Pennsylvania.

The Conqueror’s advocate Paul Heyman hinted that his client would cash in his briefcase at Extreme Rules but there had been so many false alarms in the last two months that the WWE Universe wasn’t entirely convinced.

Now that Lesnar is the new Universal Champion it seems like he will continue his part-time schedule just like he did in his previous three world title reigns since his return to WWE from UFC in 2012.

That means the seven-time world champion won’t wrestle on RAW or SmackDown and will only perform in major Pay-Per-View events like SummerSlam, Survivor Series, Royal Rumble and WrestleMania.

The WWE Universe has expressed its frustrations with the schedule many times in the past and so have other wrestlers like Roman Reigns and the UFC legend’s current rival Rollins.

However, it seems very likely that the ex-UFC Heavyweight Champion will compete at SummerSlam on August 11 at the Scotiabank Arena in Toronto.

The 42-year-old fighter’s most possible opponent is Rollins as he wasn’t entirely fit when he lost the title. 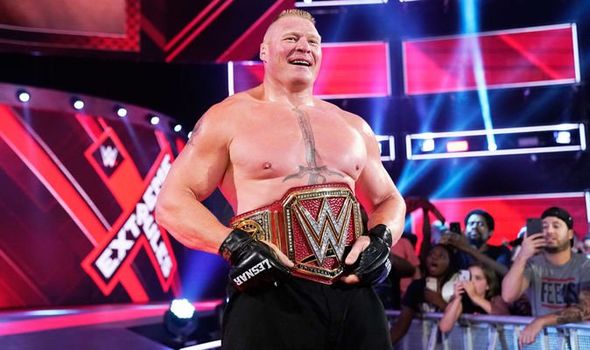 WWE, though, may make a few adjustments on his itinerary especially after his UFC retirement.

Reports suggest that the network want the absolute biggest stars to appear on the show and that is why Lesnar may play a big part on the blue brand from this fall onwards.

That could also be the reason why the brand split has basically come to an end so that the wrestling giants can have some of their top talent appearing for both SmackDown and RAW without taking a hit on ratings. 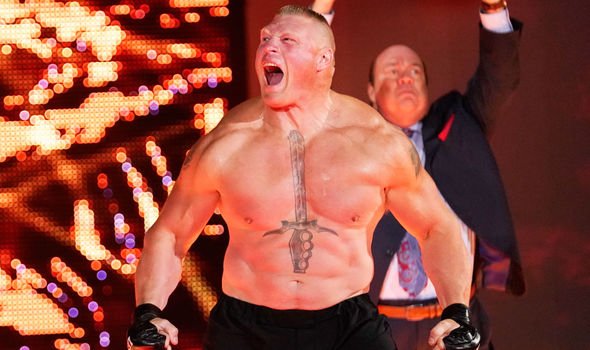 If that is the case then more RAW superstars are expected to appear on team blue such as Ronda Rousey, Lynch, Rollins, Braun Strowman and many more.

It also means that Lesnar could hold on to the title for quite some time leaving WWE without a full-time Universal Champion once more.

Tonight’s episode of RAW at the NYCB Live in New York could shed some light on the situation.