The two WWE legends’ dream match failed to leave up to expectation as it was full of errors and almost saw both fan favourites suffering very serious injury.

According to the publisher and editor of the Wrestling Observer Newsletter Dave Meltzer, Goldberg sustained a concussion in the match that saw his head getting busted open and him collapsing at ringside after the bell.

Goldberg collided head first on the ring post during the opening minutes of the match and his face was covered in blood.

The WWE Hall of Famer then botched his Jackhammer finisher as Undertaker landed on the back of his neck.

Goldberg then tried a Tombstone of his own but failed to hold on to The Deadman and so they both crashed down to the canvas.

The Phenom won the match with a weak Chokeslam that barely got the WCW legend off his feet. 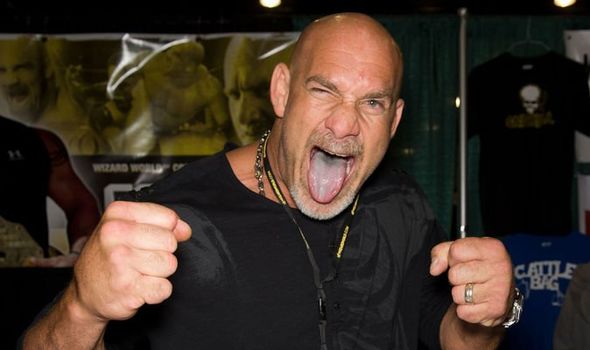 Undertaker was evidently frustrated with the low quality of the match whereas medical staff immediately attended to Goldberg after the bell.

Following the match the three-time world champion confirmed that he was knocked out and apologised to the fans for not living up to expectation.

Goldberg tweeted: “Knocked myself out and thought I could finish…. love my fans…..but let u down.

“Everyone else that found “pleasure” ….. hope ur happy.” 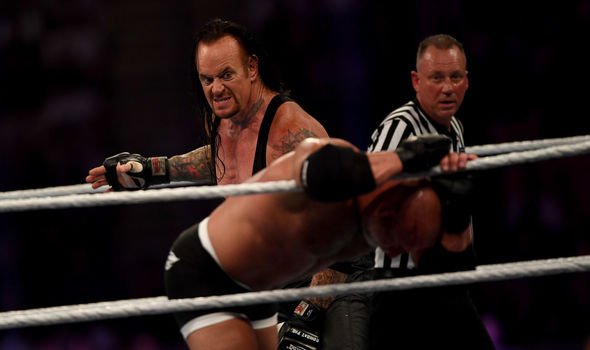 Fans were so frustrated after the match that they took to Twitter and demanded from both legends to retire.

Goldberg seemed to have ended his career after being inducted into the Hall of Fame last year.

But Undertaker still wrestles on a part-time basis despite his advanced age of 54 and his long list of injuries he suffered throughout his illustrious near-three-decade long career.