The World’s Largest Athlete and Undertaker have a lot of history with each other which spans from 1999 when Show made his WWE debut.

The seven-time world champion was quickly taken under Taker’s wing and the WWE legend would push the then rookie to his absolute limit.

Big Show told SPORTbible: “I was the young boy, he was the master and he used to crack the whip on me every single day.

“Undertaker is one of the greatest and smartest guys in the history of the business. He understands his character so well and he’s an expert in psychology.

“I was lucky enough to come in at a time and have him as my mentor when there wasn’t a lot of mentors around.

“It was extremely competitive and no one gave a c**p if you succeeded or not. As long as you could put a***s in seats, that’s all anyone cared about.

“I had a lot of potential but I was green as grass. Hogan always took care of me in WCW. [Ric] Flair told me what to do and so did Randy[Savage] and Arn[Anderson]. I just got in the ring and did what I was told.

“When I got to the WWE I had to do my own thing because no one was thinking for me. 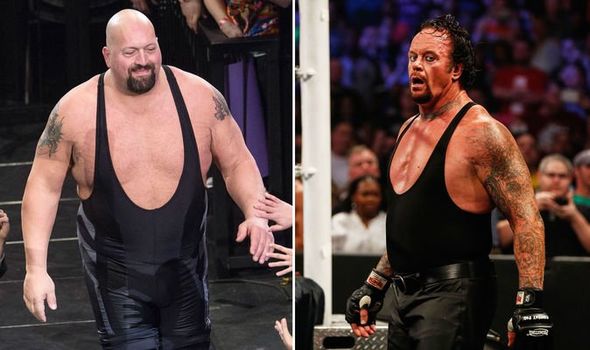 “During that time period, Taker took me under his wing and man, it was old school. He would chew my a*s out every night for something.

“I remember every night driving in my car thinking, ‘Well I’m a fat piece of trash’.”

But Big Show caught up with Undertaker’s teachings and the two legends had an incredible match a few years later.

The ex-WWE Champion then sent The Deadman a text thanking him for his teachings and received a shocking reply.

The Phenom is arguably the most respected wrestler ever as he has always been soft-spoken and serious about his craft.

However, it seems like even he would take part in a bit of horseplay as he sent him a picture of his genitals and also flipped him off.

The former World Heavyweight Champion brought that up a month later when he saw him again and Undertaker was not too proud of his actions.

Big Show added: “We had a great match many years later, one of my favourite matches I’ve ever had. 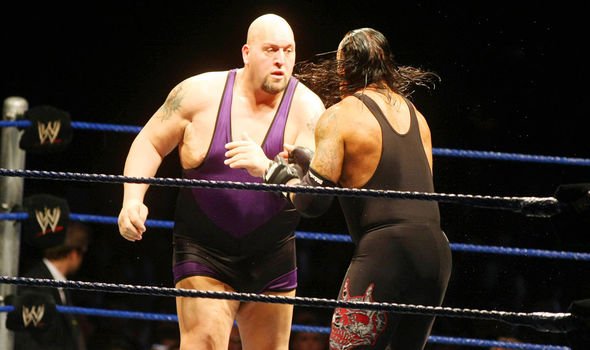 “I sent him a text a bit later and said, ‘Hey man, thanks for such a great match, I appreciate everything you’ve done for me, you’re the man.’

“He sends me a text back and it’s a picture of his balls and he’s flipping me the bird.

“I didn’t know how to reply to that.

“I didn’t see him for about a month afterwards and when I did he just went red and started laughing.

Big Show and Undertaker’s status ahead of WrestleMania 35 is uncertain.