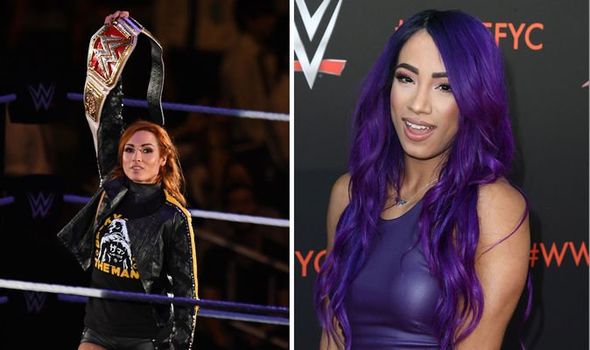 Becky Lynch savagely trolled Sasha Banks after beating her at WWE Hell in a Cell on Sunday night.

During a Hell in a Cell matchup, Lynch defeated the challenger via Exploder onto a pile of chairs.

She followed that move up by tapping out Banks with the Dis-Arm-Her move.

Lynch had been in trouble earlier in the match, after being hit with a missile drop kick into a chair.

After that, she was hit with a table by Banks, sending her crashing through the wood.

When she got the challenger into the clinch, she didn’t let go despite Banks clawing at her hair and the chairs around her, as she had no choice but to tap.

The result should have put an end to a long-running feud between the two, but Lynch seemed to want the last laugh outside of the ring as well as in it. 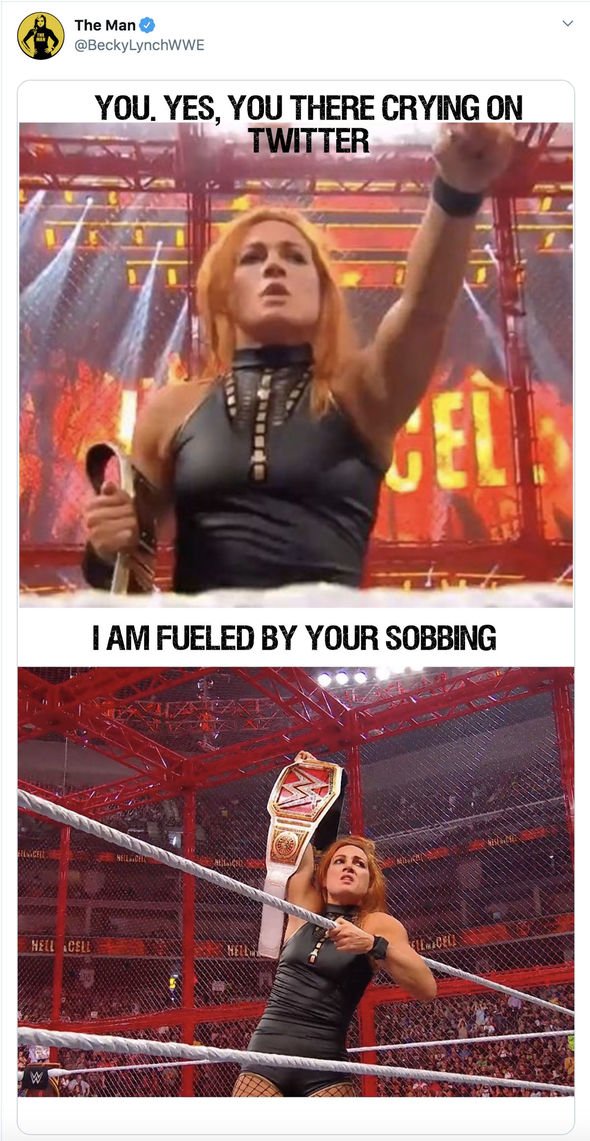 Taking to Twitter after the match, ‘The Man’ appeared to make fun of the fact that Banks cried in the ring after the defeat.

She posted an image with the caption: “You. Yes, you there crying on Twitter. I am fuelled by your sobbing.”

However, she then paid a classy tribute to the beaten wrestler. 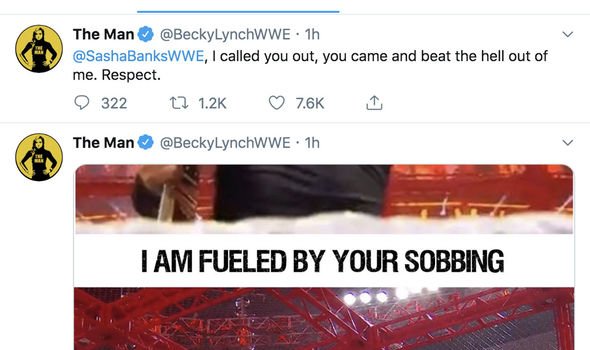 She wrote: “@SashaBanksWWE, I called you out, you came and beat the hell out of me. Respect.”

Lynch now could be in line for a change of branding, as she has been linked with a move to Smackdown.

The 32-year-old was used heavily in the promotional material for Smackdown’s FOX debut last Friday night, which saw Dwayne ‘The Rock’ Johnson return to WWE.