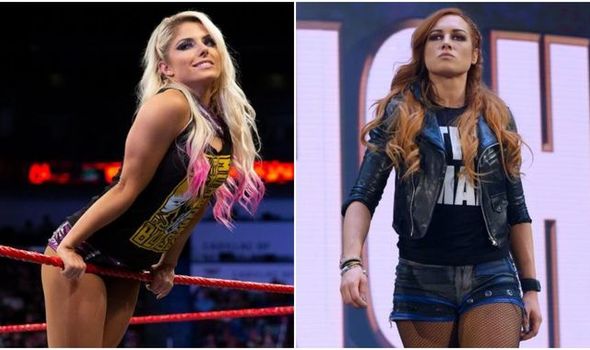 WWE Women’s Tag Team Champion Alexa Bliss stated that the locker room had no idea Becky Lynch is pregnant until she announced it on RAW last week. Lynch relinquished the RAW Women’s Championship, a title she held for a record 398 days, to this year’s Women’s Money in the Bank winner Asuka.

The Man as well as her fiance and fellow WWE superstar Seth Rollins decided to keep the news under wraps until the four-time women’s champion’s emotional announcement.

The Irish Lass Kicker expressed her appreciation to the fans inside an empty Performance Center in Orlando, Florida as she insists they played an integral part in her historic ascension to the top of the sport.

Asuka then joined her in the ring where she was presented with the title and hugged a tearful Lynch, who told her that she is going to become a mother.

JUST IN: Sonya Deville on how coming out as first gay female WWE star changed her life – EXCLUSIVE 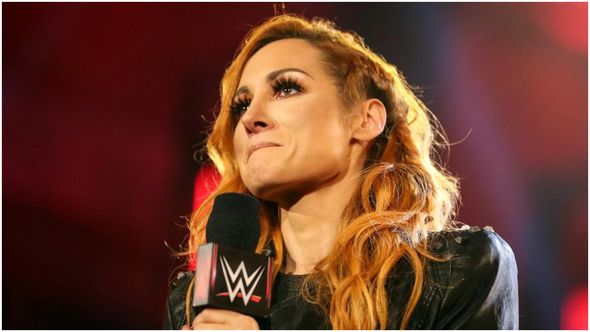 Bliss claims the locker room was filled with excitement backstage once they heard the news and that she later managed to speak with the Irish superstar whom she congratulated.

Bliss told Express Sport when asked if she knew about the pregnancy before the announcement: “No actually, we all found out at the same time when she announced it.

“Nobody knew, everyone kept it very secret which they should because that is her news to announce, which is awesome and we’re all so happy and excited for.

“I did reference it on Moment of Bliss and it wasn’t even on my script. So we had to add it in after because it was kept so secret, which it should be because that’s their exciting news to announce.

“Everyone was so excited, all the girls were smiling. It was great because she’s had such an amazing year.

Lynch’s pregnancy practically caps off an incredible title reign that started at WrestleMania 35 when she became one of the first women to ever headline the wrestling megashow in which she defeated Charlotte Flair as well as UFC Hall of Famer Ronda Rousey.

The 33-year-old grappler is expected to have the baby by December but there is no certainty yet as to when or if she will be coming back to the ring after the birth.

Bliss is confident that the WWE Universe has not yet seen the last of The Man because she is among the most passionate professional wrestlers in the world.

The WWE Women’s Tag Team Champion said when asked about a potential return date: “I’m not sure, hopefully she comes back because she is part of the WWE family but having a baby changes your life entirely.

“I’m sure she will be back because she loves being at WWE and loves what she does but she has a whole other dynamic now and a whole other life ahead of her. It will be up to her to see how she balances it.”