‘If I win, I am going to donate every single cent’: Alex Zverev vows to give away ALL of the £2.5m Australian Open winning prize to help fight the bushfires if he lifts the trophy

Alex Zverev has vowed to donate all of his prize money to the Bushfire Relief Fund if he wins this year’s Australian Open.

Australia has been devastated by bushfires blazing across the country. It has been their worst wildfire season on record with fears that entire species of animals may also have gone extinct as a result. 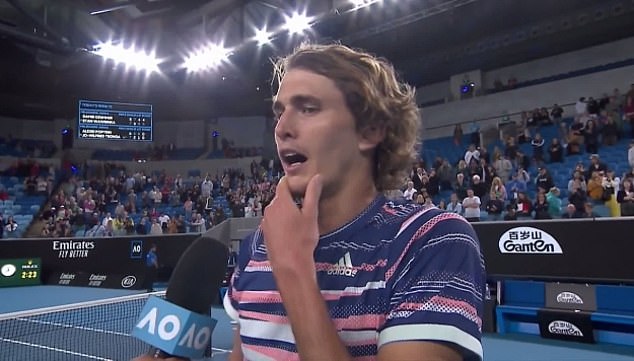 Speaking after beating Marco Cecchinato in the first of the Australian Open in Melbourne, Zverev said during his on-court interview: ‘Obviously Australia is a country that is home for us for a month at a time every single year.

‘I know I am not the favourite to win this event but if I win this event, I am going to donate every single cent to the bushfires.’ 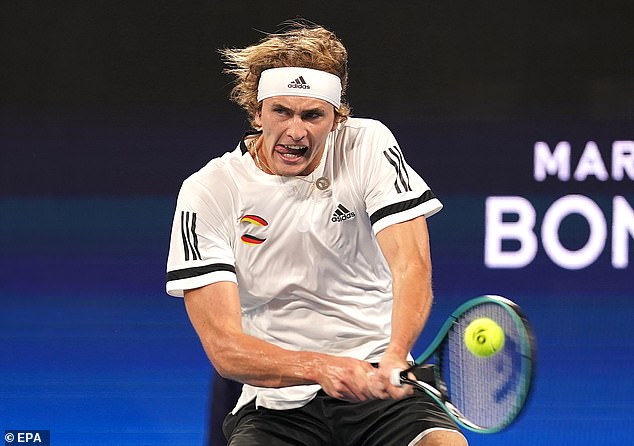 The Australian Open winner will claim a check for $4.12m, which is narrowly over £2.5m.

The German will play against unseeded Egor Gerasimov in the second round on Thursday. The furthest he has got in the Australian Open is the fourth round in 2019.