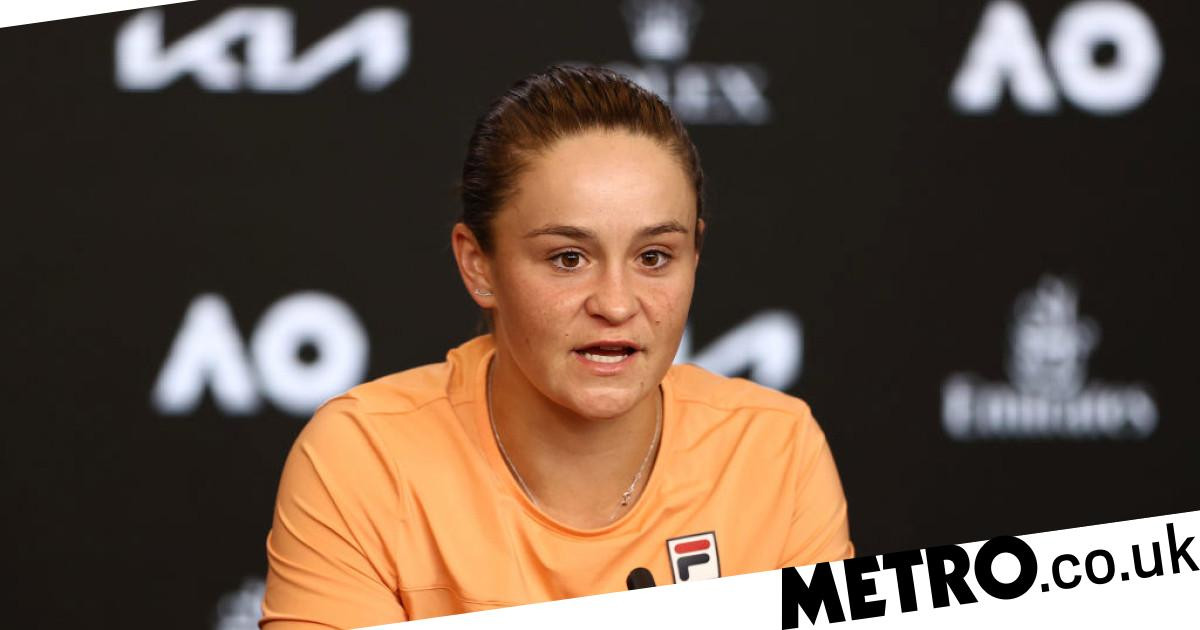 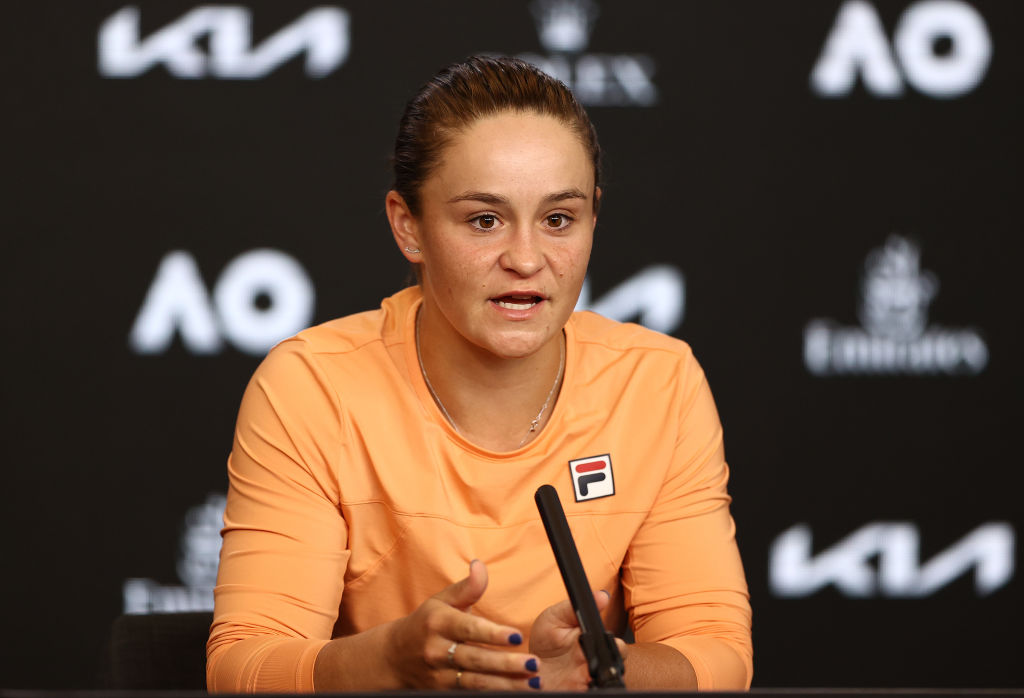 Ash Barty suffered a surprise Australian Open quarter-final defeat to Karolina Muchova after a medical timeout spun the match on its head.

Muchova took a lengthy off-court timeout citing diziness when a set-and-a-break down, which completely shifted the momentum of the match.

She returned to court and suddenly took control, first levelling before fighting her way to the semi-finals, where she will face USA’s Jennifer Brady.

‘It’s within the rules,’ Barty said of the medical timeout taken. She’s within her rights to take that time.

‘If she wasn’t within the rules, the physios and the doctors would have said so. That’s the laws of our game, is that we have those medical timeouts for cases that are needed.

‘Obviously she needed that today. Completely within the rules for her to take that.

‘From my point of view, I’ve played a lot of matches where there have been medical timeouts.

‘I’ve taken medical timeouts myself before, so that shouldn’t be a massive turning point in the match. I was disappointed that I let that become a turning point. I’m experienced enough now to be able to deal with that.

‘It’s a disappointment today without a doubt. But we learn and we move on.’

Explaining her treatment, Muchova said: ‘I think it was bit of a heat. Yeah, it got to me. I was feeling kind of dizzy at some point, like really, really lost and almost fainting. So, yeah, I just asked for help.

‘Definitely they cooled me down with the ice. I was a bit in a shadow. Doctor checked my pressure, my temperature and everything. Yeah, I think the ice thing was the main one.’

Brady awaits Muchova in the semi-finals, with both looking to reach their first Grand Slam final.

Brady, the 22nd seed, defeated good friend Jessica Pegula to book back-to-back hard court Slam semi-finals, having been beaten by Naomi Osaka at the US Open.

Her run to the last-four in Melbourne is all the more impressive given she was among the 72 players thrust into a “hard” two-week quarantine, with no practice privileges, ahead of the tournament.

‘I think I used that two weeks to kind of reset mentally and also physically, just give myself, my mind, my body a little bit of a rest,’ said Brady.

‘Yeah, I would say I didn’t really have high expectations on myself to do well. I came out of the quarantine, and then we were lucky enough to have a separate tournament for us who were in the hard lockdown.

‘I was lucky to get a couple matches in there before starting here in the Australian Open.’

The winner will go on to face either Serena Williams or Naomi Osaka, who will meet in the other semi-final.

In the men’s draw, world No. 1 Novak Djokovic will take on surprise package Aslan Karatsev – the qualifier from Russia – while Karatsev’s compatriot Daniil Medvedev will meet either Rafael Nadal or Stefanos Tsitsipas.

There’s guaranteed to be a British finalist in the men’s doubles, meanwhile.

Fans will be returning to Melbourne Park on Thursday after an enforced five-day lockdown in Victoria, just in time to catch the end of the tournament.