Wimbledon ghost town! Losses in the millions as shops count the cost of no tennis due to coronavirus pandemic

Down at windswept Wimbledon on Monday morning some privet hedges were being cut while one or two members, dressed head to toe in immaculate white, were preparing for a social hit.

Up on the village High Street Kelly Duffy, owner and manager of Hemingway’s Bar – another venerable SW19 institution – was spending the tournament’s first scheduled day counting the cost of this year’s Championships cancellation.

Not everyone in these parts has pandemic insurance, and the businesses close to the All England Club are feeling the absence of the big fortnight particularly hard. 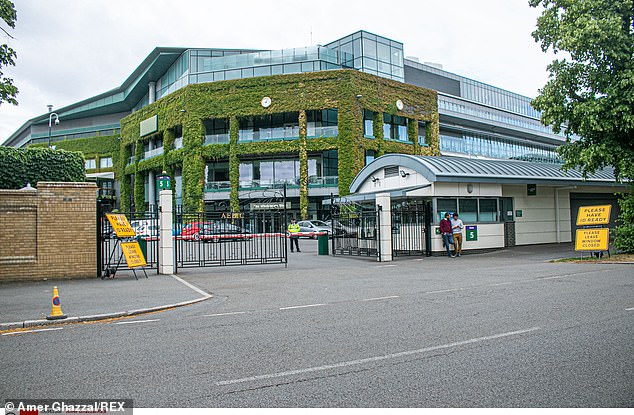 At this time of year she is busy welcoming locals, international visitors and some of the competitors, keen to commiserate or celebrate. In recent years Nick Kyrgios and Dustin Brown have been among the customers, while a function has been laid on for the Williams sisters.

‘You are paying West End rents around here, and I look to this three or four week period to cover that annual cost,’ admits Duffy. ‘It’s not just the fortnight but the whole four weeks when Queen’s and the qualifying is on. People like to come in from other parts to soak up the atmosphere.

‘Takings roughly quadruple this time of year – it has cost me probably the best part of £100,000, so it’s a very big blow but you have just got to carry on the best you can.’

The abandonment of Wimbledon is why, apart from the briefest of closures, she has kept the place open doing takeaway food and pints throughout lockdown, in compliance with social distancing and her license. For those who have supped outside the premises in recent months it has felt akin to one of those wartime establishments that bravely stay open, come hell or high water. 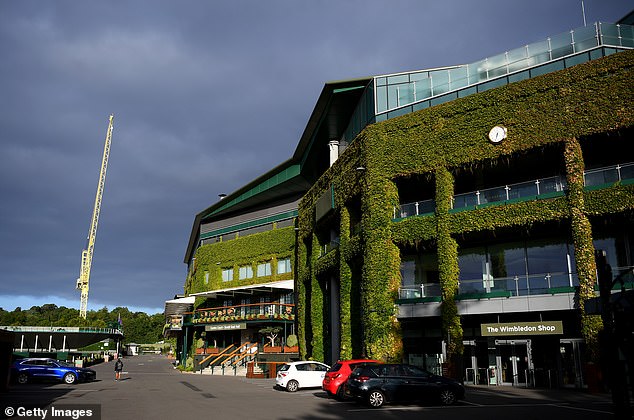 She is getting together some tennis themed artwork and menus to mark the fortnight, but it is not the same and on a blustery morning yesterday it was clear how the local economy has been hit.

Some shops are open, others are shut and a few of the posh boutiques have closed for good. Two doors down the high-end delicatessen seems to be doing okay but one of its most loyal customers this fortnight, Rafael Nadal, is nowhere to be seen.

The flags that line the High Street are gone too, and the recently-extended landmark Dog and Fox pub will not be opening this weekend.

The losses for the local economy will run into tens of millions. This includes for the hundreds of homeowners who rent out their houses, from just the odd room to whole places which are rented for five figure sums to the top players and their retinues. 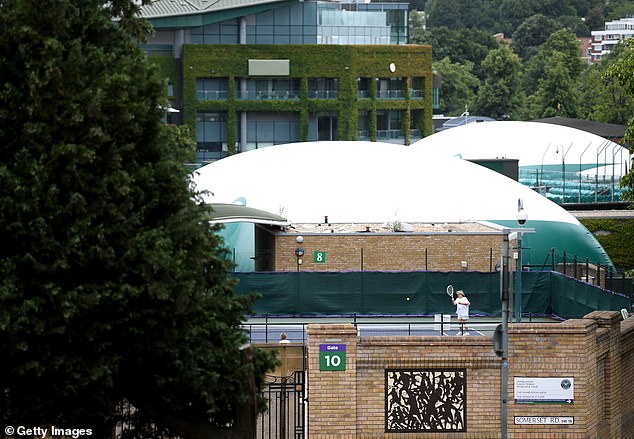 That kind of business is lost to local estate agents, although one reported that a compensation in these strange times has been the phones ringing hot with inner city dwellers seeking the greener space to be found in this corner of the capital.

Down the hill at the All England Club the Royal Box is protected by scaffolding, but there was at least some activity with the BBC preparing its studio to host its nightly programme fronted by Sue Barker.

Back in late March when meetings were being held to annul The Championships even this seemed highly doubtful.

When Wimbledon formally called off on April 1 it is interesting to reflect that the talk was of the club being handed over to the NHS as an emergency facility. 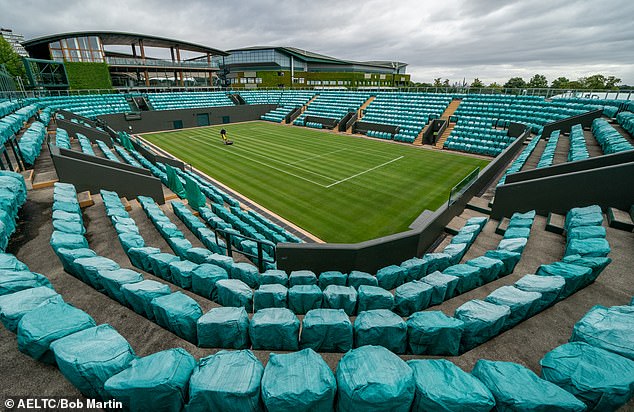 At the time its New York counterpart Flushing Meadows was actually being turned into a field hospital. Here we are now and Merton, the All England’s borough, actually recorded only two new Coronavirus cases last week among its 206,000 residents.

There was no alternative at the time. Tim Henman, on site last night for Monday’s opening BBC show, is also on Wimbledon’s main committee and was one of those who reluctantly made the decision.

‘I still really can’t believe it’s not happening,’ he told Sportsmail. ‘The decision had to be made and it left me feeling a bit numb. If I’m honest there’s part of me that can’t wait for this fortnight to be over so we can get cracking on 2021.’ 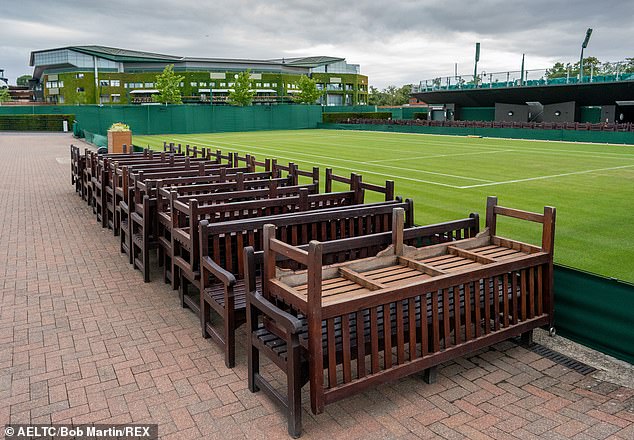 Some shops are open, others are shut and a few of the posh boutiques have closed for good

The disappointment is also felt by Head Groundsman Neil Stubley, who is still keeping between six and eight grass courts open for members’ use.

‘There’s a lot of blood, sweat and tears that go into the preparation of the courts and we like to showcase them, it’s very sad,’ he said. ‘The best way I could describe it is that it feels a bit like the weeks after The Championships have happened, there’s that eerie quietness afterwards.’

Viewers of BBC2 on Monday afternoon got a re-run of the classic 2008 final between Nadal and Roger Federer, which opened with them reading Kipling’s Wimbledon poem, ‘If’. It is quite a thought that when they finally return next year the Spaniard will be 35, and the Swiss just shy of 40.