Tennis’ four grand slam events have taken a 180-degree shift in their attitude to Naomi Osaka’s circumstances after the world No.2’s withdrawal from the French Open and revelations about her battles with depression and anxiety.

Just days after the Japanese superstar was condemned by all major tournaments via a statement that contained the threat of a default from Roland-Garros if she carried through on a pledge to skip press obligations, they have now pledged to support Osaka and said mental health “deserves our utmost attention”. 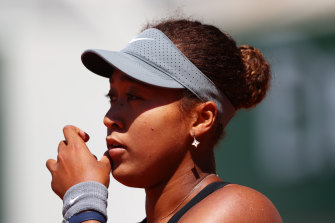 The Women’s Tennis Association allows players to freeze their rankings due to long-term or medium-term injuries and pregnancies.

A WTA spokeswoman has told London’s Daily Telegraph: “Mental health is absolutely one part of an athlete’s holistic health and would qualify for a freeze in ranking.”

The four slams said they intend to work with all the stakeholders in tennis to “create meaningful improvements” for players with mental health challenges.

“On behalf of the grand slams, we wish to offer Naomi Osaka our support and assistance in any way possible as she takes time away from the court. She is an exceptional athlete and we look forward to her return as soon as she deems appropriate,” said a statement released by the French Tennis Federation, Tennis Australia, All England Lawn Tennis & Croquet Club and the United States Tennis Association.

“Mental health is a very challenging issue, which deserves our utmost attention. It is both complex and personal, as what affects one individual does not necessarily affect another. We commend Naomi for sharing in her own words the pressures and anxieties she is feeling and we empathise with the unique pressures tennis players may face.

“While players’ wellbeing has always been a priority to the grand slams, our intention, together with the WTA, the ATP and the ITF, is to advance mental health and wellbeing through further actions.

“Together as a community we will continue to improve the player experience at our tournaments, including as it relates to media. Change should come through the lens of maintaining a fair playing field, regardless of ranking or status.

“Sport requires rules and regulations to ensure that no player has an unfair advantage over another.

“We intend to work alongside the players, the tours, the media and the broader tennis community to create meaningful improvements.”