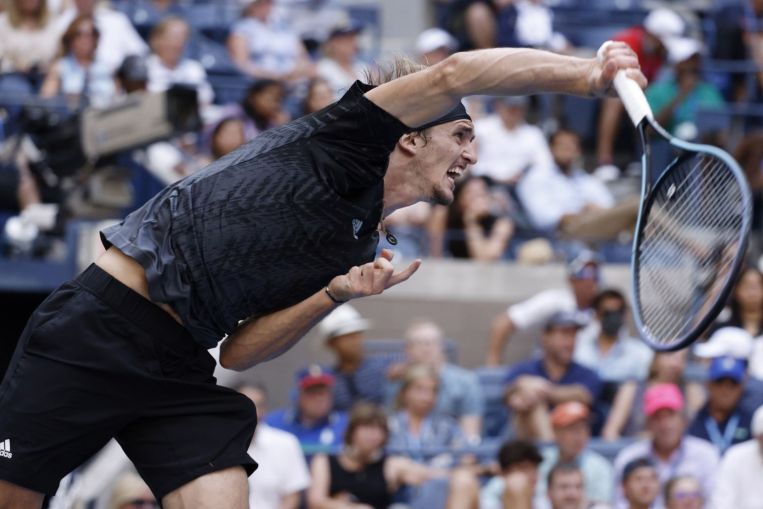 “It’s going to be an exciting semis,” Zverev promised.

Zverev, last year’s US Open runner-up to now-injured Dominic Thiem, reached his fourth career Slam semi-final and could find himself matched against history-chasing Djokovic on Friday.

Djokovic will try to move within two matches of completing the first Grand Slam by a man since Rod Laver in 1969 when he faces Italian sixth seed Matteo Berrettini later in a rematch of July’s Wimbledon final.

Djokovic, on a 25-match Slam win streak, seeks his fourth US Open title and men’s record 21st career Slam trophy, which would lift him one above the mark he shares with Roger Federer and Rafael Nadal, both absent with injuries.

The 34-year-old Serbian star has beaten Berrettini in their three prior matches.

Zverev was excited to play before a packed house at Arthur Ashe Stadium after spectators were not allowed to attend last year due to the Covid-19 pandemic.

“Last year I won it (the semi-final) before exactly six people,” Zverev said. “So it’s nice to have everybody back.”

Zverev swatted a forehand beyond the baseline to hand Harris a set point in the opening tie-breaker, but Harris sent two forehands long and Zverev blasted a service winner to take the set.

“He was serving incredible, in the first set especially,” Zverev said.

“Somehow was able to win that tie-breaker and that loosened me up.

“I’m really happy to get through in three.”

An unhappy Harris hurled a water bottle at the court after the first set, leaving wet conditions that forced ballboys to soak up the liquid with towels, Zverev helping to wipe the lines himself.

Zverev broke Harris for a 2-0 lead in the second set and held serve from there, capturing the set on a service winner.

In the third set, Zverev broke Harris in the first and third games on the way to a 4-0 edge and finished off the match after two hours and six minutes with his 21st ace of the match.

Zverev had 43 winners to 34 by Harris while both men made 26 unforced errors.