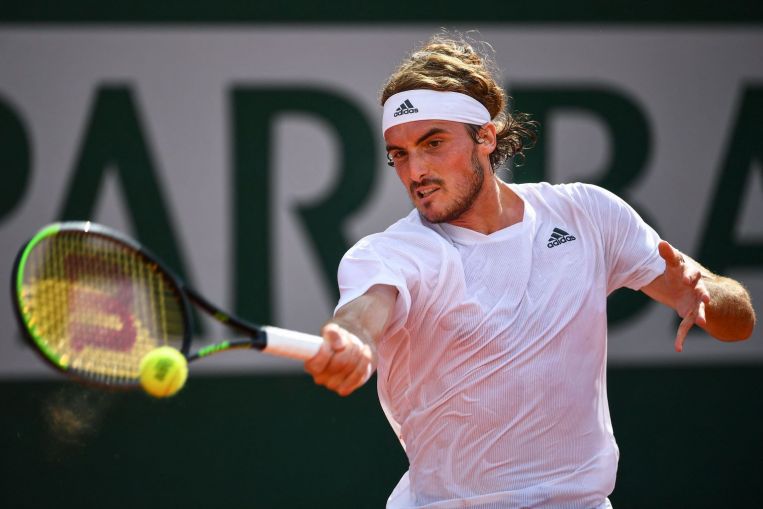 PARIS (AFP) – Fifth seed Stefanos Tsitsipas marched into the French Open third round on Wednesday (June 2) with a 6-3, 6-4, 6-3 victory over Spaniard Pedro Martinez.

The Greek star, who lost an epic semi-final at Roland Garros to Novak Djokovic last year, next faces big-serving American John Isner for a spot in the second week.

“I’m really happy that my tennis is there, my performance is there and that I’m able to create a really good atmosphere on this court,” said Tsitsipas.

The 22-year-old will be hoping to take advantage of being on the opposite side of the draw to Djokovic, Rafael Nadal and Roger Federer.

He has never reached a Grand Slam final, but has reached the last four in his last two major tournaments.

Tsitsipas has been in excellent form on clay this year, winning the Monte Carlo Masters, the ATP event in Lyon and reaching the Barcelona Open final, where he lost to Nadal despite holding a match point.

“I’ve had good weeks this year, I’ve had some good results but I feel like there’s always more,” he added.

“I don’t see my performances as extra outstanding, but I’ve been consistent. We’re here at a Grand Slam and it’s a big opportunity… But of course it’s going to be a challenge.” Tsitsipas holds a 3-2 winning record over Isner, but has prevailed in each of their last three meetings.

He served eight aces and struck 44 winners in a strong display against a stubborn opponent in world number 103 Martinez.