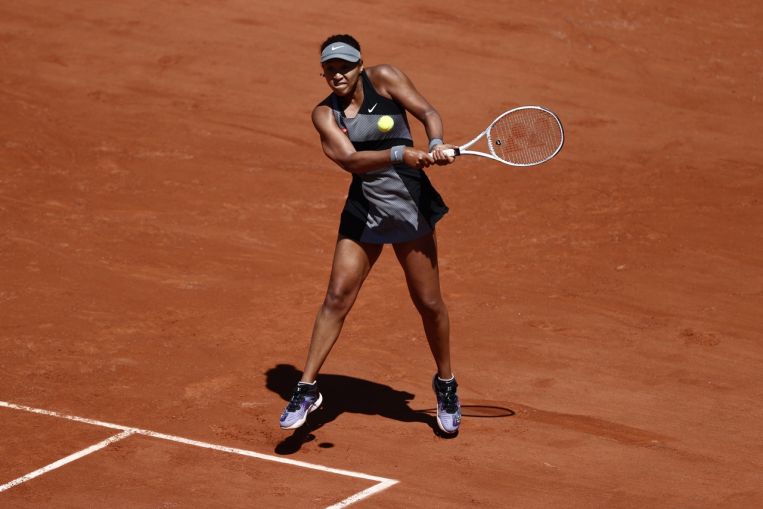 PARIS (AFP) – World No. 2 Naomi Osaka let her racket do the talking at the French Open on Sunday (May 30) when she reached the second round with a 6-4, 7-6 (7-4) victory over Romania’s Patricia Maria Tig.

The 23-year-old Japanese star, a four-time Grand Slam champion, has refused to carry out media obligations at the tournament, claiming news conferences are detrimental to her mental health.

Osaka, who has never got past the third round in Paris, fired 39 winners but committed 35 unforced errors against her 63rd-ranked opponent.

Next up for the second seed is another Romanian player, Ana Bogdan.