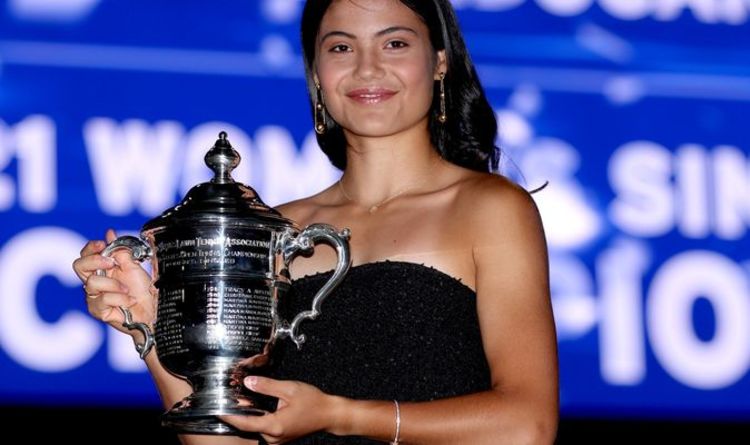 Boris Becker called her “absolutely amazing,” Pat Cash predicted she’s going to be a “mega star,” while Martina Navratilova and Rod Laver insisted she’s only just getting started. For Emma Raducanu, the praise has been relentless after the 18-year-old pulled off one of the most incredible sporting feats of all time to win the US Open. Despite having to come through three qualifying matches just to be in the main draw at Flushing Meadows, she reached the final without dropping a set before beating fellow teenager Leylah Fernandez 6-3 6-4. It makes her the first qualifier in history to capture a Grand Slam title and according to a host a tennis legends, her magical fortnight will prove to be considerably more than flash in the pan.

Becker, who himself famously won a Grand Slam as a teenager by capturing Wimbledon aged 17, described her achievement on Twitter as “Absolutely amazing.”

And another former Wimbledon champion in Pat Cash is tipping Raducanu to challenge for further majors next year.

“Raducanu is going to be one of the favourites for the Australian Open and Wimbledon,” Cash said.

Navratilova, one of the all-time greats of the women’s game after winning 18 Grand Slam singles titles, jested about Raducanu’s status as a qualifier and also had praise for opponent Fernandez, 19, who embarked on her own fairytale run to the final having come into the tournament unseeded.

JUST IN: Emma Raducanu is Britain’s new golden girl with fairytale and historic US Open triumph

“A star is born- Emma Raducanu makes history – never has a qualifier won a major – men or women – and she is just getting started,” she tweeted. “And will never have to qualify again. Leylah Fernandez will be back – both are champions but Emma has the trophy- well done!!!”

Another tennis legend in Laver, who on Sunday night will be in attendance to see if Novak Djokovic can become the first male player to notch a calendar Grand Slam since the Australian did so himself in 1969, also predicted big things for both finalists.

“Well done Emma Raducanu, the first of many duels with Leylah Fernandez,” he wrote.

“I’ve no doubt many more majors await for both of you. Another historic moment at the US Open – congratulations.”

Billie Jean King hailed the quality of the pair, that helped create a vibrant atmosphere at the Arthur Ashe stadium as the crowd warmed to both players.

“What a terrific display of competition and maturity from two exceptional players,” she said. “It is wonderful to see this generation living our dream. I can’t remember a US Open with better crowd support. Thank you, NY, the greatest fans in the world. And congratulations, Emma!”

From outside of the tennis world, the praise for Raducanu has been every bit as a glowing. The general consensus, however, is that for Britain’s newest sporting star, this is only the beginning.