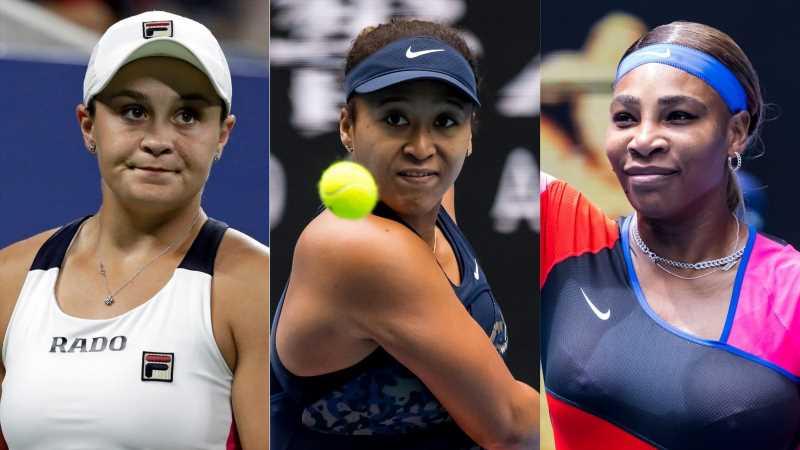 Simona Halep’s coach Darren Cahill says the strength in depth of women’s tennis is at an all-time high with Ashleigh Barty, Naomi Osaka and Serena Williams going in search of more glory at the Australian Open.

World No 1 Barty has the weight of a nation on her shoulders as she targets her second Grand Slam singles title, but the 24-year-old has Simona Halep, Osaka and 23-time major winner Williams chasing history of their own.

Then there’s the likes of Aryna Sabalenka, Elina Svitolina, Maria Sakkari and Karolína Plíšková who have genuine ambitions of winning their maiden Grand Slam title. “The players didn’t play a great deal of tennis in 2020. You don’t get that many opportunities. Simona’s attitude the last couple of days has been great. She loves playing in Australia,” Cahill told Sky Sports.

“I think, at the moment, women’s tennis is so interesting because there are so many great different stories about players, the way they play, the cultures and where they’re from. It’s spread out all around the world.

“You can go through that women’s draw and I can throw out Barty, Serena, Naomi, Azarenka, Svitolina, Kenin, Kvitova, Swiatek and Muguruza – you wouldn’t be surprised if any of those players won the tournament, and that’s even forgetting players who are Grand Slam champions.

“There are so many great storylines in the women’s game at the moment. From the very first round there are some great matches and whoever steps up, stays confident, stays fit, stays healthy and stays positive is going to give themselves a great chance of winning here and hopefully that is Simona.”

The 2019 French Open champion, who reached the semi-finals here last year, is hoping to deliver Australia their first Grand Slam singles winner on home soil since Chris O’Neil in 1978.

Cahill said: “I think she’s made a little change to her racket, strings set up, so the ball is jumping from the strings. She’s spent the last few months really well, she looks fit, she looks healthy but I could say that about a lot of the players.

“Everybody has come to the Australian Open looking really, really good. They’ve come down here looking like and feeling like this is a great opportunity to do well and nobody has wasted that time between November and December.

“The storylines in the WTA are really fascinating. The player that smells no fear, goes out there, lets it fly and stays confident throughout those two weeks is going to give themselves a really good chance.”