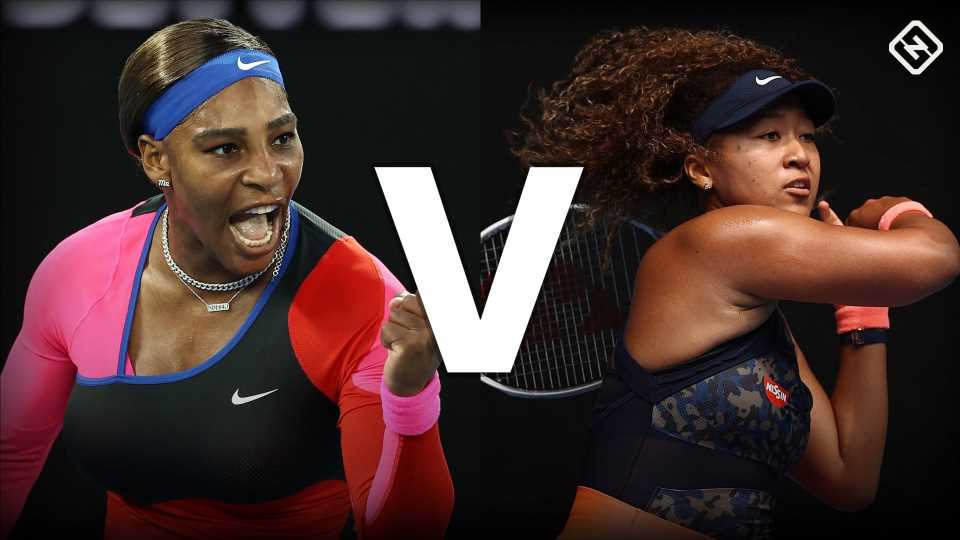 Serena Williams is inching closer to history. The American needs two wins at the 2021 Australian Open to record her 24th career Grand Slam title and tie Margaret Court atop the list. The only issue: she’ll face Naomi Osaka in the semifinals.

“First of all, I’m in the semifinal. That’s pretty awesome. So that’s exciting,” Williams, the 10th seed, said after her straight-set win over No. 2 Simona Halep. “It doesn’t matter who I’m playing really in the semifinal. It’s a semifinal of a Grand Slam. No one gets there by chance, so I have got to be ready.”

It’s been a little more than four years since Williams won a Grand Slam; she beat sister Venus at the Australian Open in 2017. She’s won one tournament since: the Auckland Classic in 2020.

“She’s Serena, someone that I feel really intimidated when I see her on the other side of the court,” said Osaka, who has beaten Williams twice before.

Osaka, the No. 3 seed, advanced to the semis with a commanding 6-2, 6-2 win over Su-Wei Hsieh (who upset Canada’s Bianca Andreescu in the second round). The 23-year-old’s only tough match of the draw was the fourth round where she faced two match points before beating Garbiñe Muguruza. She’ll be looking to add to her collection of hardware that includes two U.S. Open (2018, 2020) and one Australian Open (2019) trophies.

Wednesday’s marquee meeting marks the fourth time the two stars will meet. Williams’ lone win coming at Canada’s Rogers Cup in 2019. Osaka’s wins were at the 2018 Miami Open and the 2018 U.S. Open. That Grand Slam meeting saw Osaka, who is 16 years Williams’ junior, win her first title. Her win, however, was marred by a verbal altercation between Williams and the chair umpire during the match that saw her get three on-court violations and Osaka in tears at the end as books rained down on Arthur Ashe Stadium.

“I know that everybody was cheering for her,” she said. “I’m sorry it had to end like this. I just want to say thank you for watching the match.”

According to Williams, the pair have put the Open behind them.

“I think we both have had closure, and we have reached out to each other,” said Williams after her quarterfinal match at Melbourne Park. “I have definitely reached out.

“I think she’s a great competitor and she’s a cool cat.”

Sporting News is tracking live scoring updates and highlights from Serena Williams vs. Naomi Osaka at the 2021 Australian Open. Follow below for complete results from the women’s singles semifinal match.

(All times are Eastern)

We’re back on serve as Williams runs through a game in five points — including one ace and one serve that Osaka couldn’t get back.

Williams with a backhand return winner to get it to 30-15 (Osaka serving) and it sounds like the crowd is behind the American. Osaka responds with an ace down the T and then an ace out wide. She’s definitely feeling that serve now.

Williams with a big-time forehand behind Osaka to get things to 15-all and she yells out: ‘Make a shot.” Williams getting more vocal but faces break point. Osaka closes out a 10-point rally with a backhand winner and takes Game No. 1.

Serving to close out the set, Osaka dominates and controls play as she needs just five points to take the game and the set.

Williams fires off her second ace of the set to get to 30-0 and closes things out with a serve that Osaka barely gets her racquet head on to stop the bleeding (Osaka won five straight games).

A 1-2-3-4 game for Osaka that included an ace and Williams mishitting the return on game point. Williams had a chance to go up a double break in Game 4 but couldn’t finish and will now serve to stay in the set.

Okay. Osaka has definitely settled in. Off a long rally, she hits the backhand winner down the line and gets two break points herself. She finishes off the game with another forehand winner.

Osaka seems to be settling in as she again wails a forehand winner to get the service game to 30-all. However, she follows it up with an unforced error and gives Williams another break point opportunity. The 23-year-old gets it to deuce as she gets Williams on the defensive and finishes with a backhand approach winner. Osaka takes the set lead (deuce No. 2) after William’s forehand goes off the tape and wide.

Another game that goes to deuce (after Williams had a pair of break points) and Williams gets the advantage (and another break point chance) off a tremendous cross-court running backhander that Osaka can’t get back on the court. Osaka, however, gets it back to deuce with a forehand rip that just catches the line and then gets a break point chance. Williams eventually sends a forehand long and we’re back on serve.

Williams with another break point chance but Osaka gets it to deuce and then gets out of trouble winning the next two points — the game point with an ace down the T.

Williams starts off her first service game firing off an ace. Two points later, Williams gets Osaka to play a defensive shot and the spry 39-year-old hits the swinging volley in the open court to go up 40-0. Williams closes things out despite only getting one first serve in.

Osaka serves to start and the telecast reports she struggled to find her toss during warmups. She then proceeds to double fault to make it 15-30 before hitting a shot wide to give Williams an early break opportunity. Osaka saves the first break point but then hits a backhand in the net on the next point to give Williams the break.

The Australian Open women’s singles semifinal between Serena Williams and Noami Osaka will be broadcast live on ESPN2 and the Tennis Channel starting at 10 p.m. ET. You can also stream the match live with ESPN+ or fuboTV. Viewers in Canada can watch the match on TSN1/5.

The winner of Serena Williams vs. Naomi Osaki will advance to the Australian Open finals, which will be played early Saturday morning in North America. The women’s singles final is scheduled to start at 3:30 a.m. ET / 12:30 a.m. PT and will be broadcast live on ESPN in the United States. 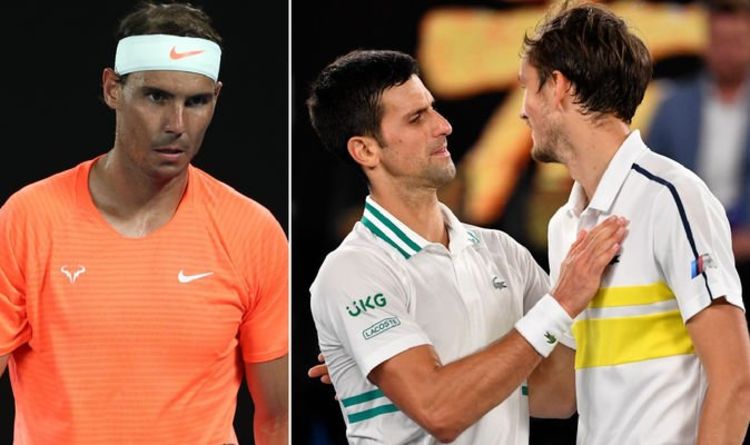