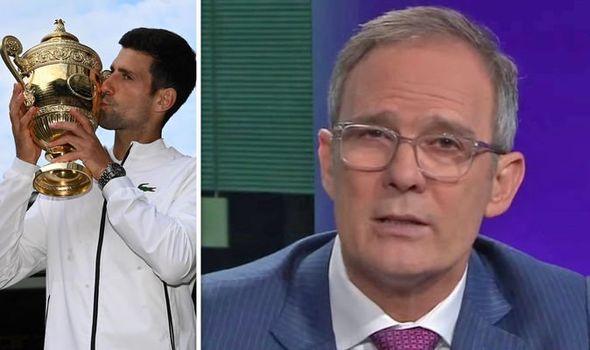 That is according to Roger Federer’s former coach Paul Annacone.

After Federer squandered the first of two championship points in the fifth set when he put a forehand wide, Djokovic delivered a crushing blow to the Swiss by passing him with a cross-court forehand as he approached the net.

Djokovic promptly broke Federer and in the resulting match deciding tiebreak at 12-12, he was too good for the Swiss and sealed his fifth Wimbledon title.

It was Djokovic’s fourth Grand Slam title in the last five events and moved within two of Rafael Nadal’s 18 titles and Federer’s record of 20.

The Serbian has also beaten Federer five times in a row to extend his head-to-head advantage to 26-22 and he became the first man since 1960 to save match points on the way to winning the Wimbledon title.

Speaking on Tennis Channel, Annacone, who coached Federer from the end of 2010 to end of 2013, was in awe of Djokovic.

“We talk about that in the cliches all the time,” Annacone said.

“And this to me is why Novak Djokovic is number one in the world. 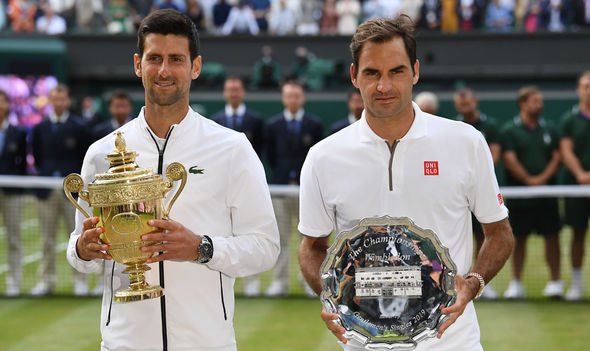 “He’s most efficient when it matters most. There are less moving parts in his groundstrokes so he is less likely to miss balls. And he moves so well, it is almost impossible to hit through him.

“You have to be really creative, really resilient, committed and extremely talented to do so. And magnify that times ten once you get into the tiebreak and the pressure is there.

“He did an amazing job with the pressure on.”

And Annacone says the trio’s excellence is continuing to put off ‘Father Time’.

“It is an era to be saluted, these three guys have been off the charts,” Annacone added.

“And I never thought I’d see this and this kind of consistency at the major level.

“These guys are just all breaking all kinds of records. Father Time is getting wrestled pretty well right now.”