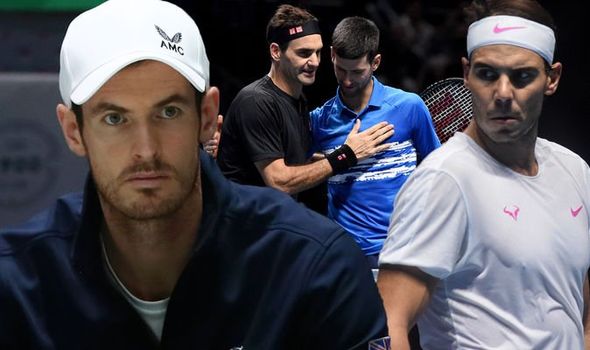 Roger Federer, Rafael Nadal and Novak Djokovic have been told to be wary of Andy Murray in 2020. That’s the verdict of Tim Henman, while Greg Rusedski expects the Brit to return and be “competitive”.

Three-time Grand Slam winner Murray was a consistent threat to tennis’ ‘Big Three’ since making his first major final in 2008.

But Murray has been wrecked by injury since early 2018 when he withdrew from the Australian Open due to a hip problem.

The Brit had two surgeries throughout a lengthy rehabilitation from the issue  and finally got back to winning ways with a first ATP Tour-level singles triumph over Tennys Sandgren in Zhuhai back in September.

A month later, the 32-year-old clinched his first title for more than two years as he came from a set and a break down to beat Stan Wawrinka and win the European Open. 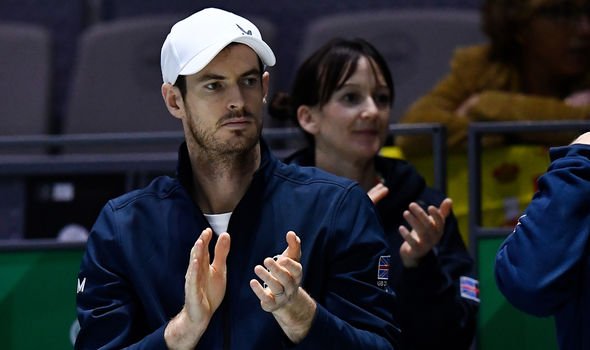 That was just his seventh tournament since returning to singles with Wawrinka admitting post-match: “To see you back at this level, it’s amazing. We’re all really happy. I’m sad I lost but I’m really happy to see you back.”

And Henman believes Murray – a two-time Wimbledon champion – can crash the party of Federer, Nadal and Djokovic next season.

The trio have won the last 12 available Slams since Wawrinka won the US Open in 2015, with Murray having won at the All-England Club the same year.

Nadal won the US Open and ATP Finals recently to end 2019 as No 1, having also been victorious at the French Open, while Djokovic added another two Slams.

That means Nadal is one behind Federer’s all-time record of 20 with the younger Djokovic hot on their heels with 16.

Yet as Spaniard Nadal looks to draw level with long-time rival Federer and Serbian Djokovic seeks to continue making up ground on both, former British No 1 Henman has served up a warning to the legendary triumvirate.

“Most people would not do what he’s done.

“It is up there, from an emotional point of view and from a satisfaction point of view, with his biggest trophies.

Andy Murray – Resurfacing: How to watch new documentary online and on TV

Andy Murray opens up on impact Roger Federer, Rafael Nadal and Novak Djokovic had on body 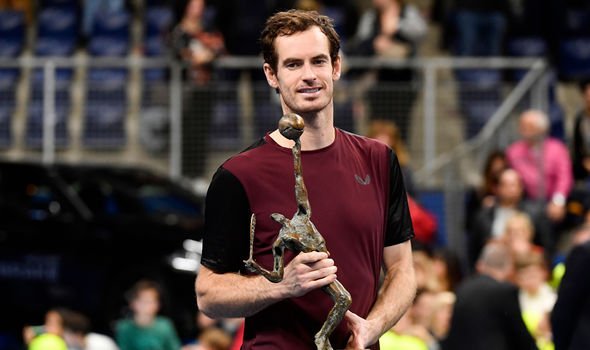 “I think he’ll be competitive, but to win a major—that’s hard enough if you’re healthy.”

On whether Murray represents a threat to Federer, Nadal and Djokovic, Henman then said: “The challenge, with the best-of-five matches, is huge, but we all know that with Andy if you say he can’t do something he likes to prove people wrong.

“I think it is very unlikely but I would never with all these top people… write them off.”

And Rusedski added: ”If you say he can’t do that, it motivates him more.”

Murray, meanwhile, is full of respect for the level that Federer, Nadal and Djokovic continue to play to at the respective ages of 38, 33 and 32.

“I honestly haven’t really thought much about [it],” he said when asked if he thinks he can prolong his career as long as Swiss legend Federer. 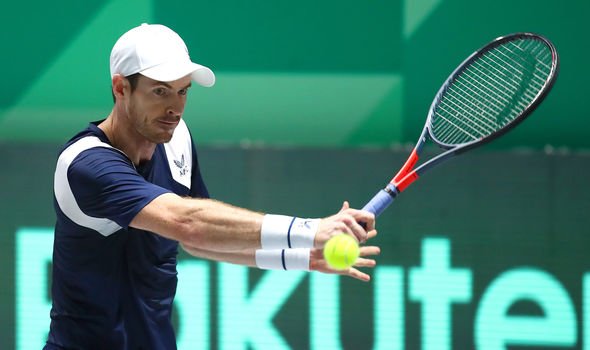 “But I guess seeing guys playing in their late 30s is a positive thing that you can look at and go it is possible to keep doing it and play at that level.

“But if I was still playing at 38, I’d be very surprised with that.

“Seeing what they are still doing is fantastic and hopefully I can try and get back on the court and have the chance to compete against them again before I finish.”

Murray will make his first appearances in the singles of a Slam in Melbourne in January and is likely to warm up to the event at the Brisbane International, which gets underway on January 6.