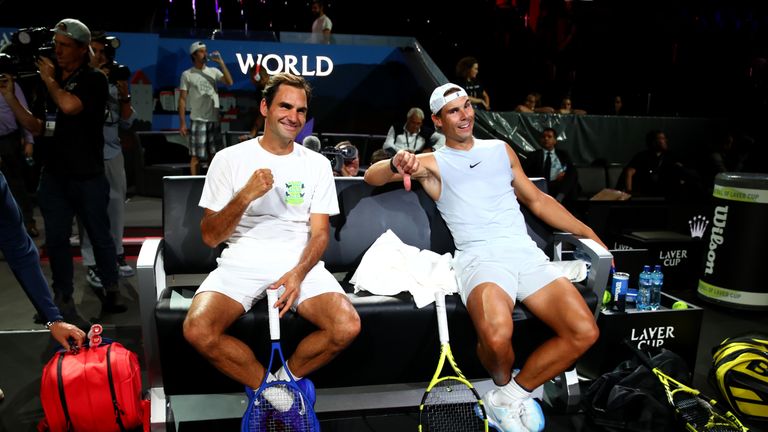 Rafael Nadal insists his Grand Slam tally is just a number and that the ‘Big Three’ are winning titles their own “special” way.

Nadal and Federer have gone from great rivals to team-mates for Team Europe at the third edition of the Laver Cup this weekend.

All the pre-tournament hype has been about the competition between the Spaniard and the Swiss legend as they compete for the all-time number of Grand Slam titles.

Nadal closed to within one major win of Federer’s tally of 20 after claiming his 12th French Open title and his fourth US Open this year, while Novak Djokovic won the Australian Open and Wimbledon to move up to 16 on the list.

Federer, 38, joked “that’s all we have been talking about” since they arrived in Geneva for the tournament, but Nadal was keen to tackle the ‘elephant in the room’ head on. 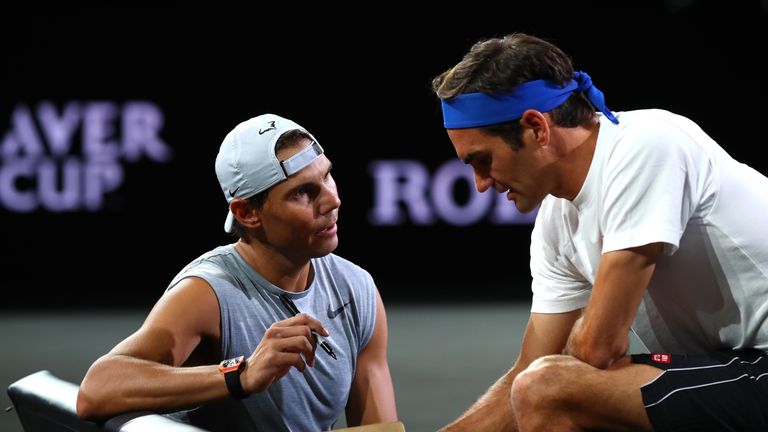 Of course there is Roger, Novak and myself that have achieved a lot and that’s been a special thing for the last 15 years.

“I think we are doing it our own way, I am doing it my way by the way. I just try to enjoy the tennis,” said world No 2, Nadal.

“It is not only about Grand Slams, of course Grand Slams are important but I don’t think of it that way. I just try to give myself opportunities to compete at every single event and the same can be said to how many Grand Slams we are able to achieve.

“Roger, me, Novak (Djokovic), I think it makes our era of tennis a little bit more special. Of course there is Roger, Novak and myself that have achieved a lot and that’s been a special thing for the last 15 years. So let’s see whether we can keep going.”

Federer, who lost to Djokovic in an epic five-set encounter in the Wimbledon final, has nothing but “massive respect” for Nadal’s achievements rather than focus on their rivalry in the race for Grand Slam greatness.