For nearly over 15 years, Nadal and Federer have been battling one another to reign supreme in tennis.

Novak Djokovic has since joined the party with the ‘Big Three’ dominating men’s tennis for the past decade.

But it has been the rivalry between Nadal and Federer which has captivated fans all over the world, with the two greats playing some of the greatest matches in history against one another.

The 2008 Wimbledon men’s final will go down in history while the 2017 Australian Open final was a treat some never expected to see again.

However, despite their long rivalry, the tennis duo have always expressed the greatest respect for one another, often praising each other in the media.

They do a lot of work together off the courts in raising awareness for certain charities or working together for each other’s foundations.

But they have still only been used to meeting each other on opposite ends of the net on a tennis court – that was until the inaugural Laver Cup in 2017.

That event saw Nadal and Federer not only join forces for Team Europe, but also share the court in a momentous doubles match as part of the tournament. 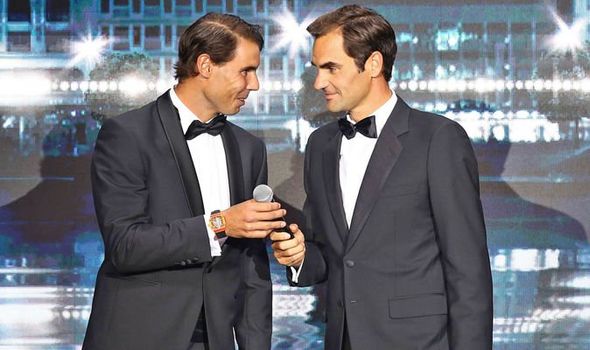 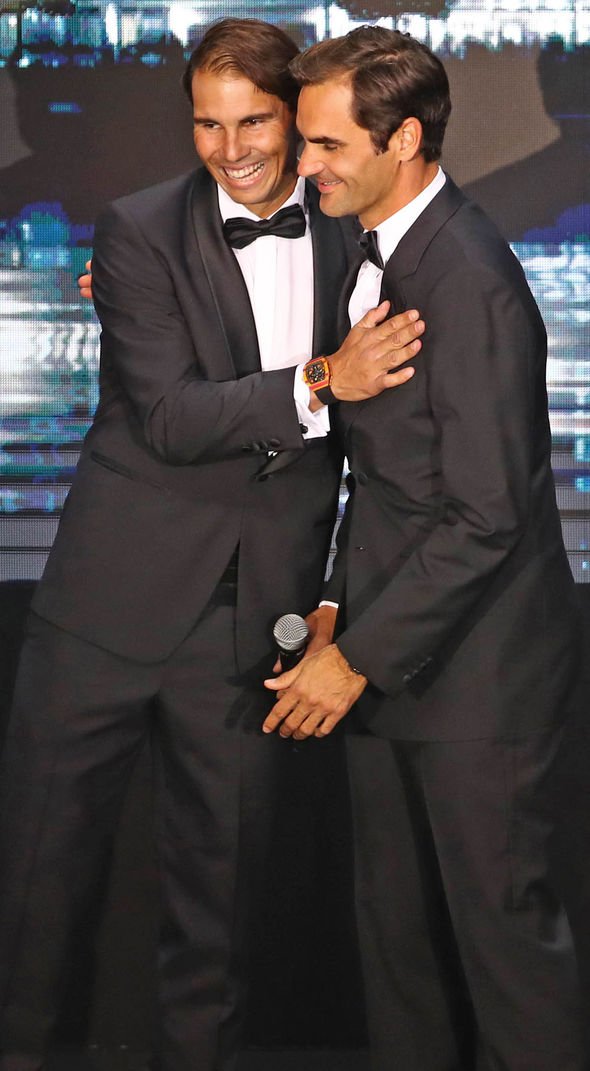 The pair once again team up for Team Europe in the 2019 edition, and Nadal was in playful mood during the opening ceremony when introducing the 20-time Grand Slam champion.

“The most unknown player here and I will present you my rival,” he said on stage.

“Probably the biggest one.

“Honestly I start to be a little tired. 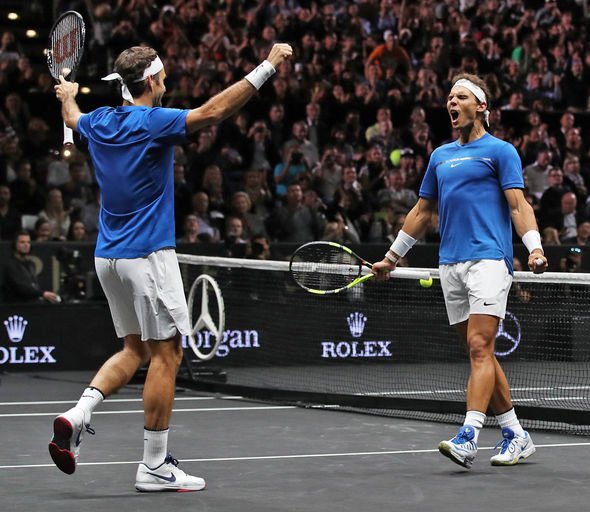 “To be rivals, it’s much better to have him next to me being my team-mate and it’s the one and only Roger Federer.”

The day session in Friday gets underway at 12pm BST, with Dominic Thiem up first for Team Europe against Denis Shapovalov.

Fabio Fognini is up next against Jack Sock before the night session starts at 6pm with Stefanos Tsitsipas facing Taylor Fritz.

Federer is last on as he pairs up with Alexander Zverev to take on Sock and Shapovalov, meaning Nadal will not be in action until tomorrow.