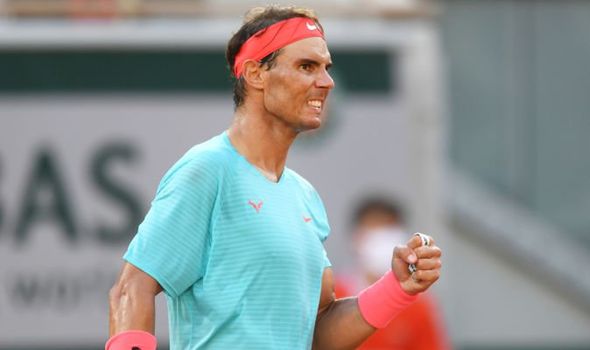 Diego Schwartzman beat Rafael Nadal in the Italian Open quarter-finals last month and the Spaniard was delighted to get his revenge in the French Open semi-finals this evening.

Nadal is the heavy favourite to win his 13th title at Roland Garros and he sent a statement to the other semi-finalists, Novak Djokovic and Stefanos Tsitsipas, with this straight-sets victory.

The world No 2 had extra motivation heading into the showdown after losing to Schwartzman in Rome.

And the 19-time Grand Slam champion, who can equal Roger Federer’s record on Sunday, analysed that disappointing loss in depth to ensure he did not make the same mistakes twice.

“I have been playing with him a lot of times and it is true that he gets better and better every time,” Nadal said of Schwartzman.

“In Rome I didn’t play my best and he played well. Two days ago he played a terrific match against Dominic Thiem here and of course we take a look at that match and the things that didn’t work there and the things we need to change to make that happen.

“Today that happened and I am very happy for that.”