Rafael Nadal ‘has the edge’ over Novak Djokovic for Sunday’s French Open final, according to Tim Henman. The Spaniard goes into the showdown as the favourite having won the trophy 12 times in the past. But he’ll go up against a Djokovic who is yet to lose a full match this year.

Nadal has beaten Djokovic twice in French Open finals in the past, emerging victorious in both 2012 and 2014.

The Spaniard has scooped the trophy at Roland Garros a stunning 12 times over the years and, as a result, is the overwhelming favourite to win again.

Djokovic won’t be easy to beat, however, with the No 1 unbeaten in full matches played in 2020 so far.

But, despite that, Henman thinks Nadal has the advantage going into the match.

“I think he [Djokovic] should be okay, he is such a great athlete and I would like to think that the physical conditioning won’t play a part,” he told Eurosport.

“But when I reflect on Nadal’s path through to the final he is yet to drop a set, he is in such familiar surroundings, so I do give Nadal the slight edge going into the match. 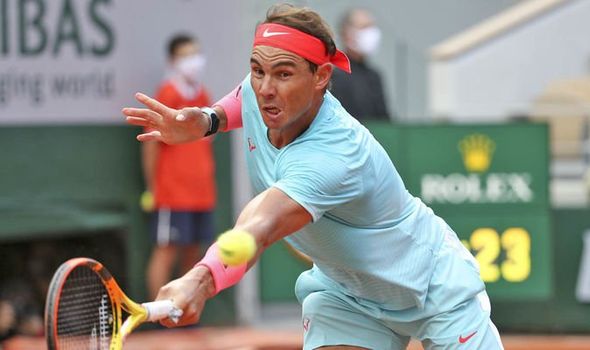 “The last major final they played was at the Australian Open and Djokovic absolutely dominated Nadal, but I think when they are coming to Roland Garros it’s a clay court.

“This is where Nadal has made his home over the years, because he has won 12 titles, and I think the confidence that he has from so many victories, again it points to the fact in my mind that Nadal has the edge.

“I think it is going to be very, very close but I think if it goes the distance Nadal is going to win in five [sets].”

Nadal’s coach, Carlos Moya, has claimed the 34-year-old ‘has a plan’ for the match.

“It’s a huge challenge, it is obvious that he (Djokovic) is one of the great players in history,” he said.

“I don’t know if it will be more difficult than facing Federer at his best at Wimbledon. But we have a plan.” 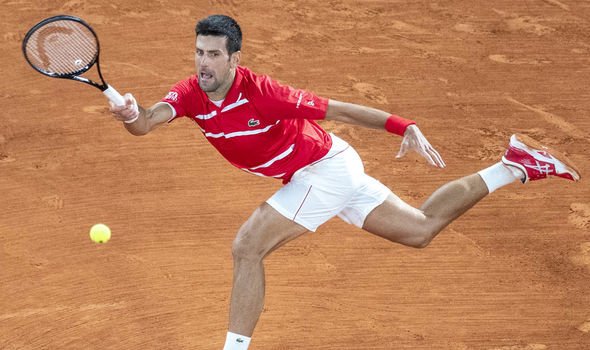 Moya also warned Nadal about Djokovic’s dropshot, with the Serb using it more than usual throughout the competition so far.

“Djokovic has been using the dropshot for a long time and over the past two weeks, he has done it even more,” he added.

“We will have to be ready.

“Serves are less dangerous. We’ll take that into account because the service won’t earn a lot of direct points.”

Nadal himself believes he must improve further if he’s to win the French Open again.

“I know to play against Novak, I need to play my best,” the 19-time Grand Slam winner said.

“Without playing my best tennis, the situation [against Djokovic] is very difficult.

“I know that is a court that I have been playing well on for such a long time, so that helps.

“But at the same time, he has an amazing record here too, being in the final rounds almost every single time.

“He is one of the toughest opponents possible. But I am here to keep trying my best.

“I know I have to make a step forward. I think I did one in the semi-finals. But for Sunday that is not enough. I need to make another one.

“That’s what I’m looking for. I am going to work hard to try to make that happen.”