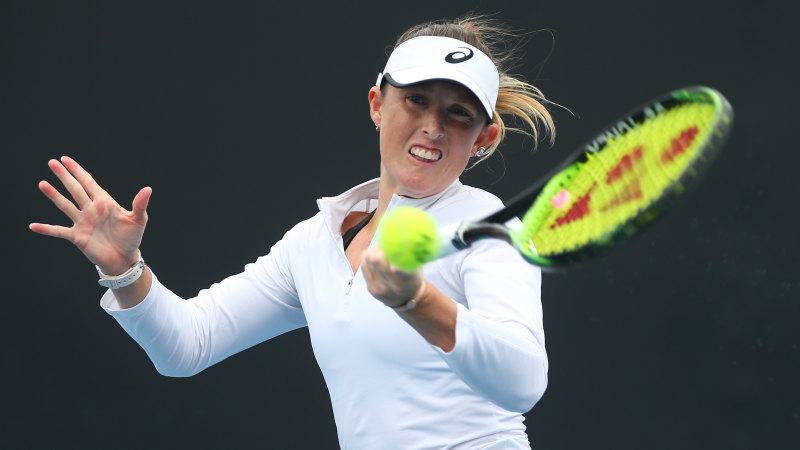 Tennis Australia's plans to host a tournament solely for Australian players in either Sydney or Brisbane after Christmas were shelved at the last minute, as the spike of coronavirus cases in NSW and the impact of border closures play havoc with the summer calendar.

TA had hoped to use the event, dubbed the Australian Closed Championships, to help finalise wildcard decisions for local players for the delayed Australian Open, starting at Melbourne Park on February 8.

The turbulent nature of tournament planning for the Australian summer comes as Australian Open qualifying gets set for its quirky surrounds this year: two locations in the Middle East between January 10 and 13. 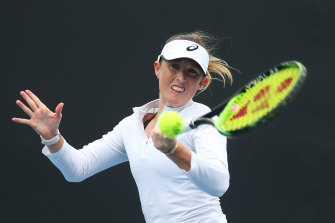 "It's a grand slam, it's not just any tournament," Sanders said. "Those opportunities don't come around very often. [I'm] very grateful to have the chance to play.

"I had no doubt in my mind that if I got the wildcard to go to Dubai I was going to go. I never really thought twice about it."

However, the Australian quarantine conditions might seem onerous to more travelled players accustomed to "softer" arrangements that were available in other cities last year.

"I know that TA is putting in such a huge effort to even host the quarantine – and being allowed out to practise and be able use the gym," Sanders said. "Obviously they're going to be very strict – you're not going to be socialising with anyone, you're just going to go and do your workout, or your practise on the tennis court, and then back to your hotel room.

"I've done the two weeks of hard quarantine … that was pretty tough but this is going to be a lot easier. I'm allowed to go out and play tennis, have some fresh air and the sun."

Inevitably, and unsurprisingly, some players from abroad sought reassurance, or further information, from Australian players about what to expect.

"I've had quite a few players message and just ask how's it going to look because they haven't really had to do a hard quarantine as such," Sanders said.

"All the tournaments last year that we played were all kind of in a bubble – you [weren't] only allowed [to] stay in the hotel or [be] at the tennis court. You were allowed out of your room to go to dinner with your team or your friends downstairs.

"Everyone seems pretty OK with it, to be honest. They're like, 'I'm still allowed to practise. I get my five hours out a day.'

"Pretty much everyone I've spoken to is pretty keen to come over. Everyone is really grateful that TA is putting the slam on, basically."

Fellow qualifying wildcard recipient, Queenslander Jason Kubler, admitted to some initial reservations when weighing up his trip to Qatar.

"I was a bit worried because I wasn't sure what the situation was going to be – just, you know, if potentially if you were to lose quallies you'd have to go back and do the hard two-week quarantine where you can't leave the room," said Kubler, who has played three Australian Opens.

"I'll come back to Melbourne regardless of how I go.

"I'm sort of hoping that this is the start of a better year for everyone, and for me, and [we] can play a bit more normally."