Through her words and deeds of recent months, both on and off the court, Naomi Osaka has shown that she could be the leading figure women’s tennis has been waiting for.

Her third Grand Slam title, achieved at the US Open on Saturday night with a stirring comeback against Victoria Azarenka, suggested that she is a champion who could become the first female serial winner of Majors since Serena Williams.

More than that, her now well-documented campaigning on social justice issues demonstrated that she is a person unafraid to back away from standing up for principles that are important to her. 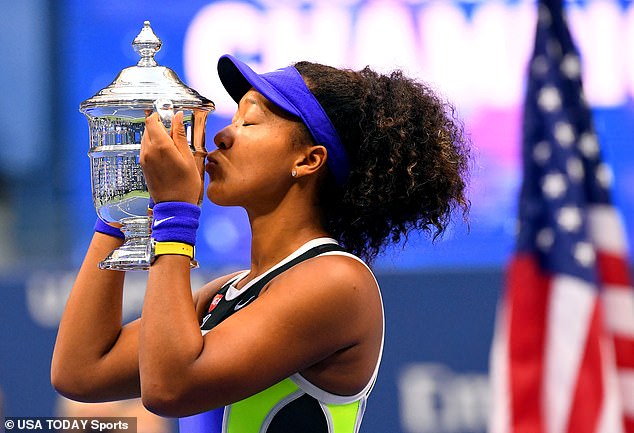 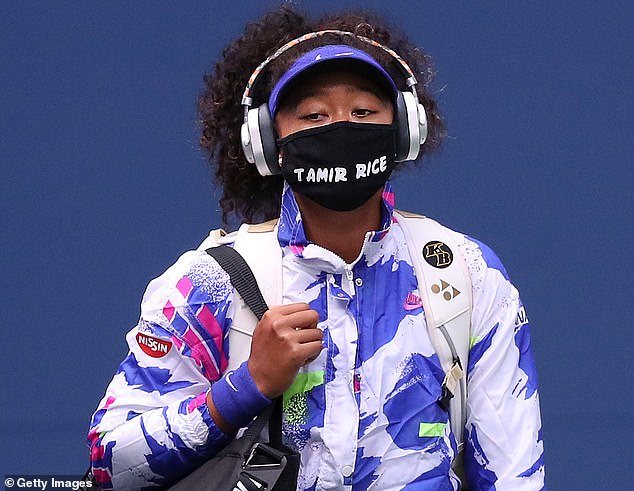 These go way beyond the parochial confines of tennis, although it must be hoped that she is also prepared to lead on matters affecting the game, as previous generations of women players have done.

An early test of this comes with unusual speed, in the form of the French Open, and whether or not she is prepared to support the efforts to keep the sport going in difficult times.

Her initial reaction was not entirely promising: ‘I was planning to play when I came here (to Flushing Meadows), but I guess I’ll see what happens,’ she said after lifting the trophy and the $3 million cheque that comes with it.

Faced with a trip to Europe, the uncertainties around the wider situation in Paris ahead of the September 27 start – not to mention an abrupt change of surface – it must be tempting to take time off after her exertions.

Yet it would be a grievous blow to the tournament if she declines to travel and add her lustre to a field that looks like being stronger than the one at Flushing Meadows. 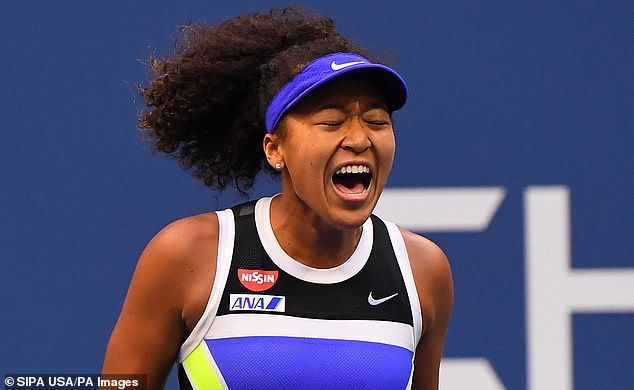 Given the state of the WTA calendar, denuded of its hugely important autumn events in China and year-end championships, there will be plenty of chance to rest up afterwards, before preparing for whatever happens in 2021.

Six of the top ten women were missing from New York, and French Open defending champion Ash Barty has already declined to leave Australia. So you would hope that Osaka, who as the world’s highest earning female athlete hardly needs the money, will do everything she can to make the trip.

The rejuvenated Azarenka signalled her intention to do just that, and was immediately flying to Rome to play the Italian Open, which seems to go beyond the call of duty. 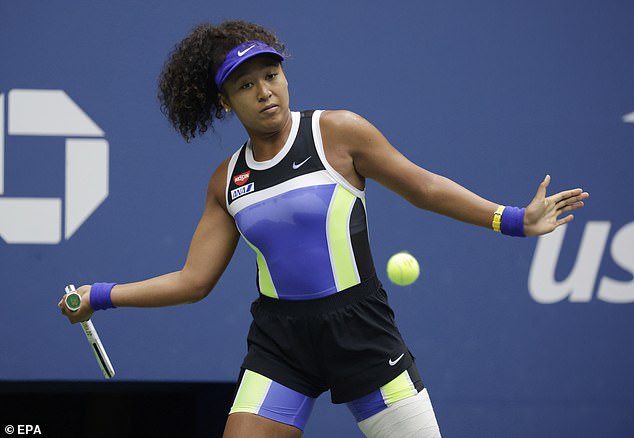 Osaka has certainly shown that she can consider matters beyond the narrow sphere of trying to win tennis matches, and reflected on how lockdown had aided her personal development.

Following the death of George Floyd in late May she jumped on a plane. As she recalled in a piece she wrote for Esquire magazine: ‘Enough was finally enough. I flew to Minneapolis with my boyfriend days after the murder to pay our respects and have our voices heard on the streets. We grieved with the people of St. Paul and protested peacefully.

‘We visited the George Floyd Memorial and connected with those who came together to mourn yet another senseless act and life lost without reason.’

After her win over Azarenka she expanded on how the tour hiatus had given her space. 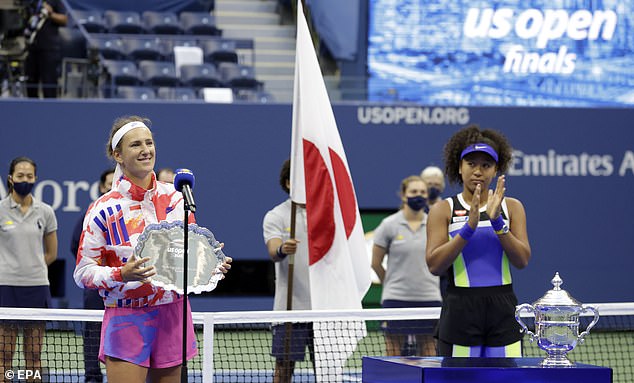 ‘The quarantine definitely gave me a chance to think a lot about things, what I want to accomplish, what I want people to remember me by,’ said Osaka.

‘For me, my life was always go, go tennis-wise, especially after the previous US Open that I won. It definitely accelerated things, and I’ve never had a chance to slow down.

‘I feel like I’ve definitely tried to mature. I wasn’t really sure the process that I was going to have to take. I feel like the lessons that I learned with life definitely developed me as a person more.’