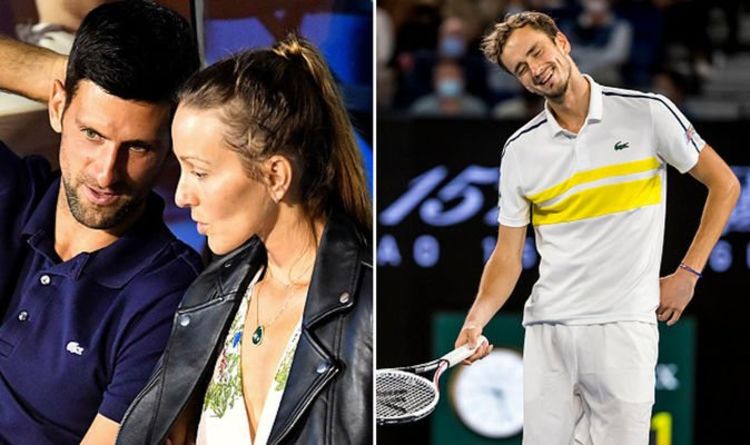 Novak Djokovic won his ninth Australian Open title with a straight sets win over Daniil Medvedev on Sunday, moving him to within two of Rodger Federer and Rafael Nadal’s total of 20 Grand Slams. Having looking frustrated during the defeat, Djokovic’s wife Jelena sent a classy message to Medvedev on social media.

World no. 1 Djokovic claimed his ninth title at Melbourne Park with a straight sets victory over fourth seed Medvedev.

Medvedev was clearly frustrated out on court as Djokovic completely dominated proceedings inside the Rod Laver Arena.

But he applauded the Serb on social media after the match, insisting he was happy with his overall performance in Australia. 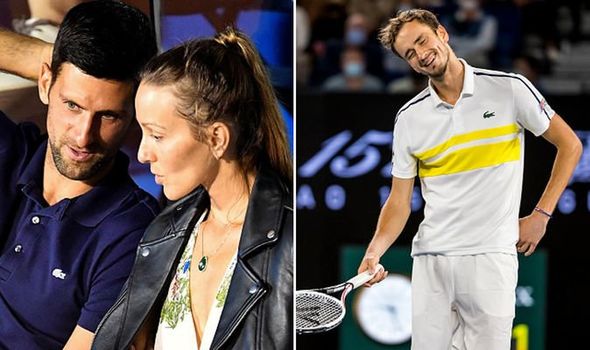 “Not the match I wanted,” tweeted Medvedev. “All respect to @DjokerNole. Proud of my Aussie summer and can’t wait to be back next year.”

In a touching gesture, Djokovic’s wife Jelena replied to thank the Russian for his message and reached out to his team and family.

She put back: “Your kind words were touching Danil. Thank you! Congratulations to your team and lovely supportive wife!” 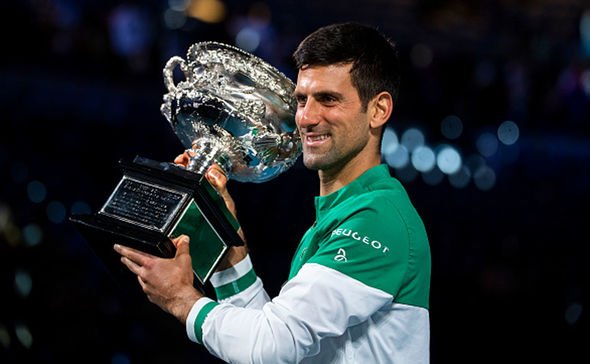 Speaking after the match, Medvedev admitted that he is in complete awe of how Djokovic, along with Rodger Federer and Rafael Nadal, have dominated the Grand Slams in recent memory.

“To win nine Australian Opens, I need to win every year until I’m 34,” Medvedev said.

“I believe in myself, but I don’t think I’m able to do it.

Djokovic is now just two majors behind Federer and Nadal’s 20 after picking up his 18th title, and he warned that he is coming for their incredible record.

“Most of my attention and my energy from this day forward, until I retire from tennis, is going to be directed in majors, trying to win more major trophies,” said Djokovic.

“Roger and Rafa inspire me. That’s something that I’ve said before. I think as long as they go, I’ll go.”