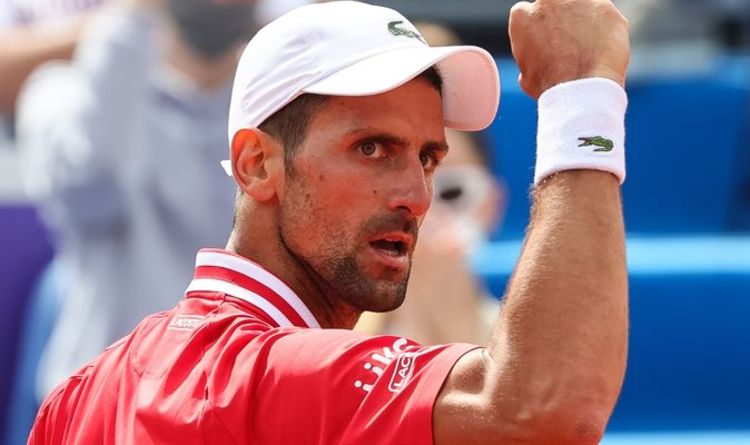 The world No.1 claimed their recent match in Rome gives him hope he can de-throne the King of Clay in Paris.

The Spanish superstar has only ever lost twice at Roland Garros and is seeking a 14th title this year.

The Serb wins their head-to-head match-ups 29-28 but Nadal leads 19-7 on clay, including their last five matches on the red dirt.

Last year’s final saw Nadal win 6-0 6-2 7-5. But Djokovic said their Italian clash last month, where he took the second set 61 before losing in three sets, showed the gap has since closed.

The two are in the same half of the draw with Nadal now ranked world No.3 and scheduled to meet in the semi-finals.

But the No.1 seed said: “You know that he’s always going to give you his best on any surface. 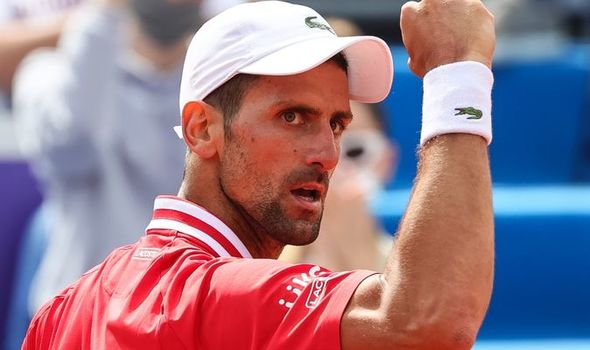 “He’s always going to produce some great quality tennis, particularly on clay. That’s his most preferred surface. That’s where he’s always at his best.

“The record-wise the last four or five matches that I lost to him on clay, some close ones, some that he dominated, was probably due to the level of tennis that I played that wasn’t just meeting his level, when his level on clay is always there, always very high.

“I know there’s a build-up potentially for that matchup in the semis.

“There’s a lot of obstacles to overcome for both of us. If we get there, of course I know what expects me and I know what I need to do.

“Last year I had a great tournament, but in the final he was just playing amazing tennis and I couldn’t do much.

“Hopefully if I get a chance to play him another time here, the level of my tennis will be different because, like in Rome, for example, was very close until the last shot. It was really quite even, I felt. He got the better of (me) that match.

“But this finals in Rome gives me good sensation and kind of good feeling prior to a potential matchup here. But, you know, I try to focus one day at a time. I’m sure he will do too. Let’s talk more about that matchup if it comes down to that.”

Djokovic, who won the Belgrade Open on Saturday, will play the first men’s match under floodlights at Roland Garros in Tuesday’s night session against American Tennys Sandgren. But there will be no crowd with a 9pm curfew still in place in Paris.

“Playing in front of an empty stadium in a Grand Slam will not be fun,” he said.

And the reigning Wimbledon champion said he might not go to Tokyo next month if there are no fans.

“I’m planning to play in the Olympic Games for now,” said Djokovic.

“As I heard, there’s going to be some crowd, local crowd from Japan only.

“If they change something, if there’s not going to be any crowd, then I’ll consider if I want to go or not.

“Right now I am planning to go, and I’m very excited about that.”