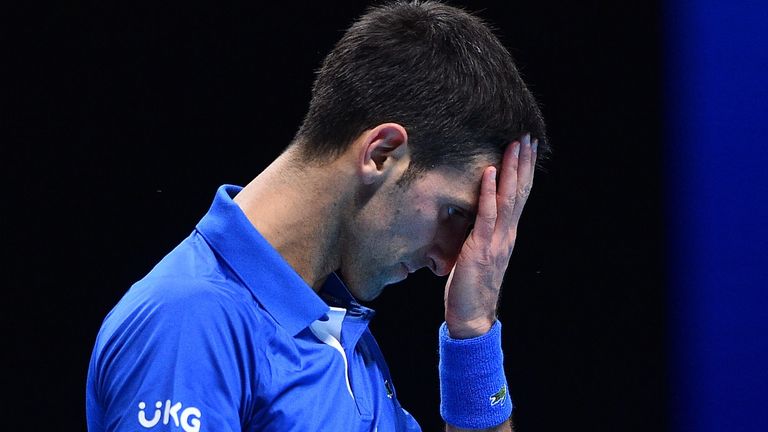 Novak Djokovic suffered a shock 6-3 6-3 defeat to Daniil Medvedev at the ATP Finals in London on Wednesday. A result which sent the Russian through to the semi-finals but left the world No 1’s hopes of joining him in the balance.

Medvedev, who failed to win a match on his debut last year, reeled off seven games in a row at one point and never looked like faltering as he steamrollered an out-of-sorts Djokovic.

That guaranteed Medvedev will top the Tokyo 1970 group while Djokovic, who has his sights set on a record-equalling sixth title, faces a straight fight against Zverev for the second qualifying spot. “I had a pretty bad seven games in a row that I lost from 3-2 up. In no time it was 6-3 3-0 to him. I cannot allow these things to happen when you’re playing one of the top players of the world. He was just better, no question about it.” 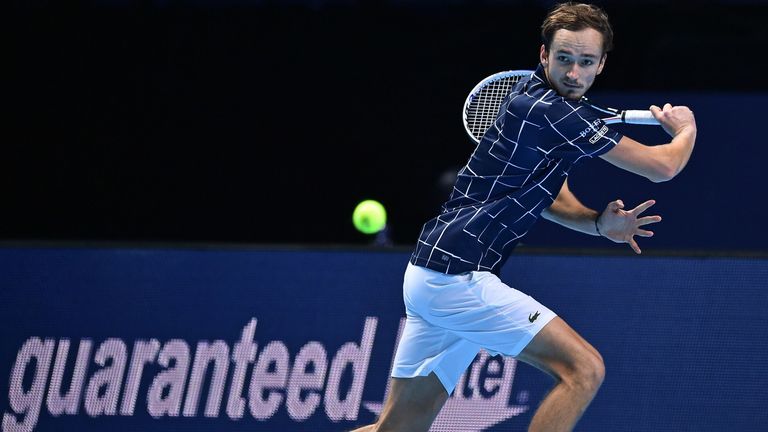 It was the second day in a row that the O2 witnessed the defeat of one of tennis’ leading duo but, unlike Dominic Thiem’s pulsating battle with Rafael Nadal, this was not particularly close.

Djokovic’s second serve took a pounding at the hands of Medvedev, who arrived in London with confidence high after winning the Paris Masters earlier this month.

Both men had been relatively untroubled in their opening contests, Djokovic beating Diego Schwartzman and Medvedev seeing off Zverev, and straight away there were lung-busting rallies as each tried to grab the upper hand from the baseline.

Medvedev is the first Russian to reach the semi-finals of the season-ending tournament since Nikolay Davydenko won title in 2009.

Medvedev is also the fourth Russian in the tournament’s history to reach the semi-final or better. “I was serving good and playing safe enough in the most important moments. That is why I got the win.”

“Everybody has bad days. I don’t know what happened. Maybe he was just not feeling confident enough. It’s very tough to beat the big three on any day. You have to stay solid and that’s what I did.”

Medvedev is an exceptional mover for his height of 6ft 6in and time and again his long levers allowed him to retrieve one more ball than Djokovic was expecting.

The world No 1 saved two break points in the third game but more chances arrived in the seventh game and this time Medvedev came out on top of another corner-to-corner rally to seize the advantage.

Both men sucked in air as they sat down at the change of ends but it was Medvedev who was suffocating Djokovic with the excellence of his play and he won his fourth successive game to clinch the set.

The drop shot was again proving more of a liability than a help to Djokovic while his serve was well below par, the top seed sending down his fourth double fault of the match on set point. 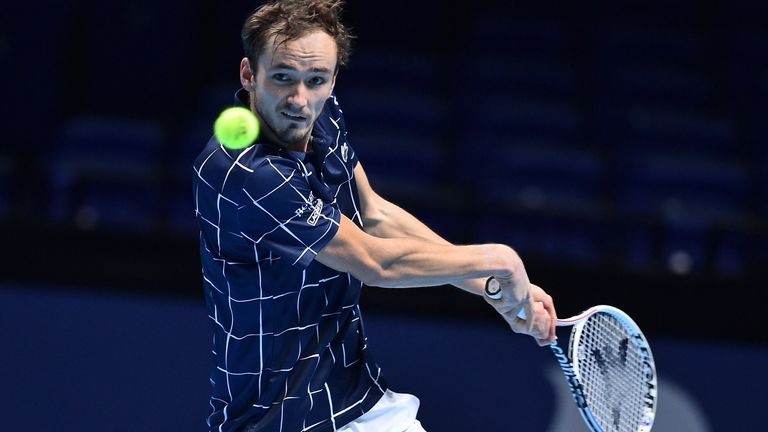 And there was no shift in momentum at the start of the second set, Djokovic looking bereft of ideas as Medvedev broke serve for a third successive time.

He finally stopped the run of games against him by holding for 3-1 but a comeback never looked on the cards and Medvedev comfortably wrapped up victory.