Novak Djokovic has declared he is looking forward to a “battle” with Rafael Nadal when the pair meet in the French Open final. The pair will face off at Roland Garros on Sunday evening, with Djokovic vying for his 18th title, while Nadal can match Roger Federer’s record of 20 grand slam wins.

Djokovic and Nadal will contest their ninth Grand Slam final at Roland Garros on Sunday after the Serbian star beat Stefanos Tsitsipas in Friday’s semi-final.

Nadal defeated Diego Schwartzman in straight sets to reach the final, his 13th at the tournament.

The ‘King of Clay’ will go into the match as the favourite, and can make history by extending his undefeated record in French Open finals.

Djokovic, who has won the tournament just once in his career, was taken the distance by Tsitsipas, eventually grinding out a five-set victory. 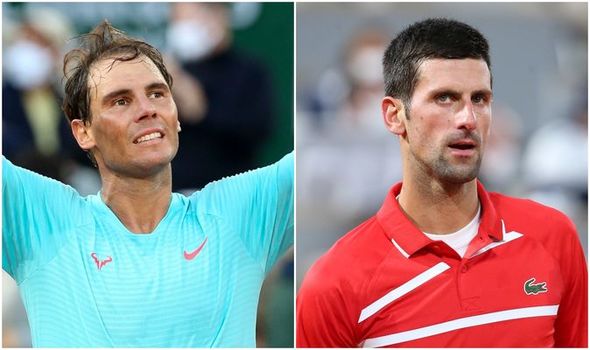 Speaking after the match, he expressed he was glad to have the day-and-a-half to recover before the final.

Despite his semi-final going five sets, compared to Nadal’s three, Djokovic’s match only lasted 45 minutes longer than the Spaniard’s, and he declared he would be up for the challenge of handing Nadal his first French Open final loss.

“I’m not feeling exhausted physically so much after the match,” he said.

“It was a great battle. But I feel fine.

“I think a day and a half will be plenty of time for me to recover.

“I’m really looking forward to a great battle with Rafa.”

Djokovic’s trainer, Goran Ivanisevic, began the war of words earlier on Friday by saying Nadal has no chance against the Serb.

Ivanisevic claimed that Djokovic had to be considered the favourite because of his mental state going into the match, and the way he has been playing throughout the tournament. 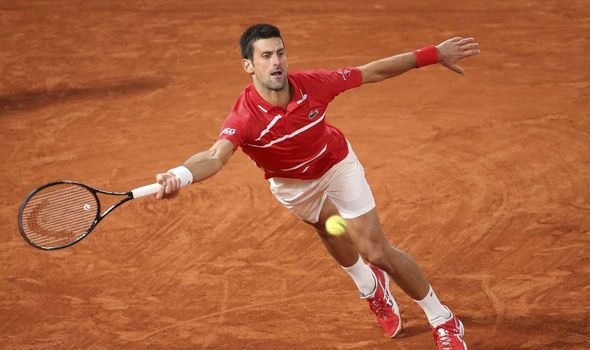 “I’m counting on Novak – Nadal in the final, in which, in my opinion, Nadal has no chance in these conditions, on this clay and with Novak, who has got into his head,” Ivanisevic said.

“I went a little too far, but in my opinion Novak is the number one favourite. He brought his body, his head and preparation to perfection.

“He prepares everything in detail, from tactics, technique, to nutrition, and he adheres to it.

“That’s the most important thing because I couldn’t stick to half of it.

“But he knows it makes him better, he wants to progress every day and it’s very interesting to work with him because he wants something better every day, at least 0.00001 percent, but something has to be happening.

“I have never seen such a mentality in my life.”