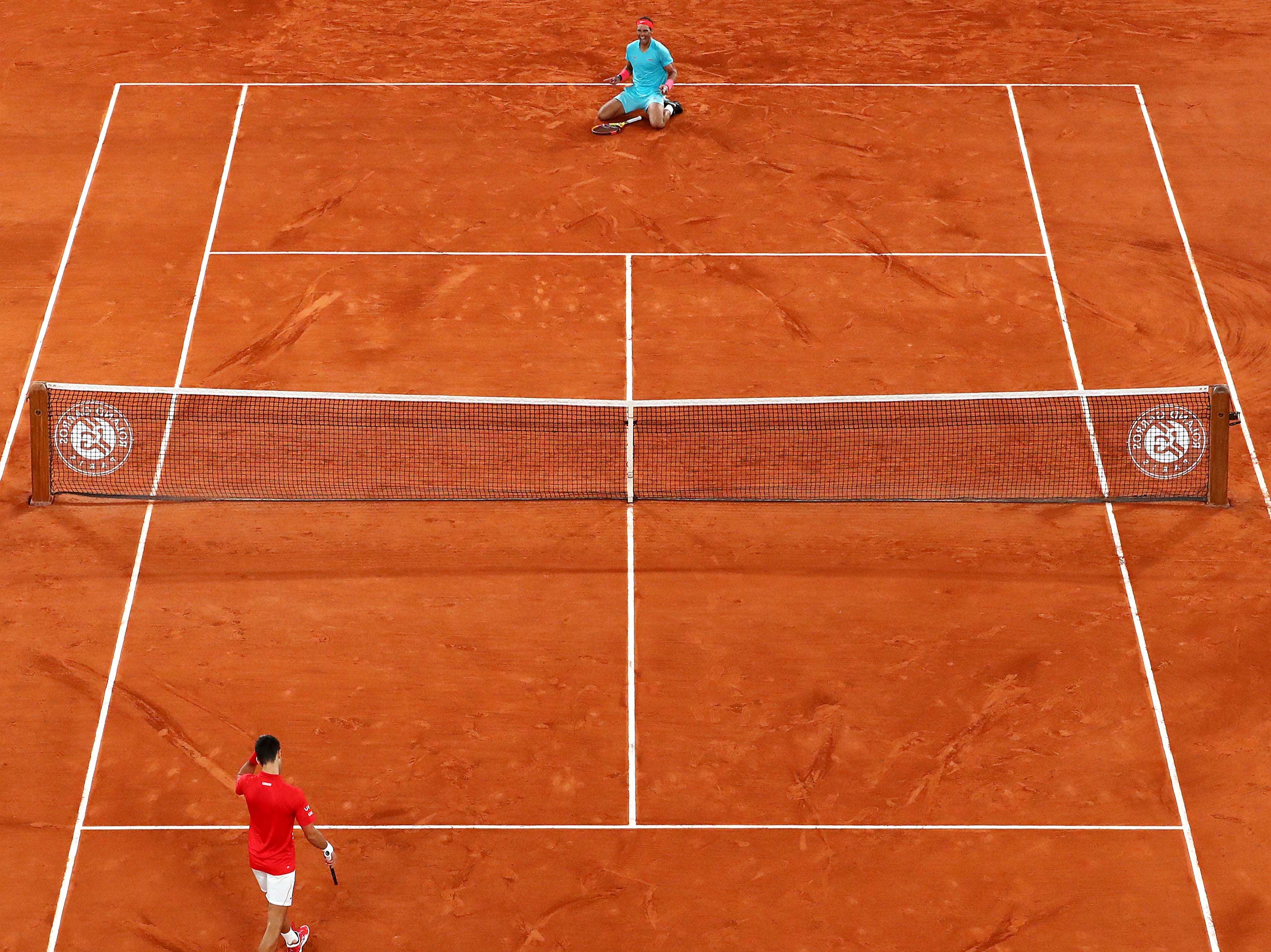 “I’m just very blessed and grateful to have the life that I have right now,” he said. “I have to constantly repeat that to myself, that nothing should be taken for granted. I keep on working, keep on enjoying this sport, I truly do. Of course, defeats like this are never really enjoyable, but in the greatest of defeats you learn the greatest lessons as a tennis player, but as a person as well.”

Djokovic will be back in action at the ATP tournament in Vienna in a couple of weeks, but Nadal might not play again this season.

Nadal, who did not travel to New York to defend his US Open title, stopped well short of committing himself to the ATP Finals, which will be held at London’s O2 Arena for the last time next month. It is the biggest title that Nadal has never won.

He said: “I am not sure if I am going to keep going on the normal calendar or stop playing until next year. It doesn’t make sense today to speak about the World Tour Finals, because I really don’t know if I’m going to play it or not.

“It’s just a conversation I need to have with my family and team, especially during the next couple of days. I need to calm down the situation and analyse the future, because we are facing a tough situation, as everybody knows.

“In terms of Australia, [there is a mandatory] 14 days of quarantine before the tournament starts. It is the moment to be smart and make the right decisions in every single moment.”

Nadal’s victory will see the already fevered debate around which of the three men is the greatest of all time ramp up further. One man who believes Federer still holds that mantle is Nadal’s uncle and former coach Toni.

He told Radio MARCA: “I say that the best is Roger Federer, because he has more titles in tournaments, more victories, more weeks of No1, and everything counts.”

Wimbledon could be staged behind closed doors in 2021

Golf: Tiger Woods back on happy hunting ground in quest for 83rd win at Zozo C'ship