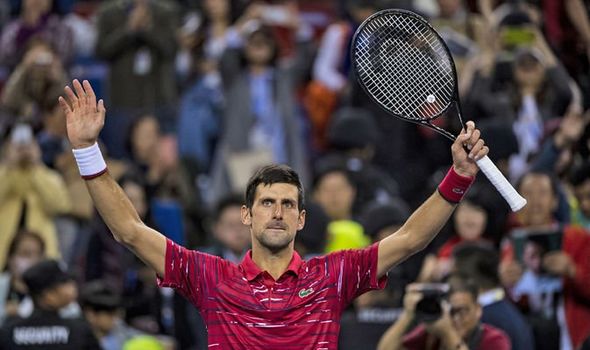 Novak Djokovic says he was delighted to come through the challenge posed by Denis Shapovalov at the Shanghai Masters.

Fresh from his win at the Japan Open, Djokovic needed just 70 minutes to beat the young Canadian and take his place in the third round.

Djokovic continues to manage a shoulder injury which hampered his performance at the US Open last month.

But speaking after defeating Shapovalov, the world No 1 was pleased with his display and said he had no concerns about his shoulder.

“It’s nice to be back. And also, it feels very good to play as well as I did today,” Djokovic said.

“I knew that Denis is a very dangerous player. If he has time, if he’s feeling the ball well, it can be a tough match.

“He was serving really well, high percentage also first serves, and just really difficult to return in the first set. 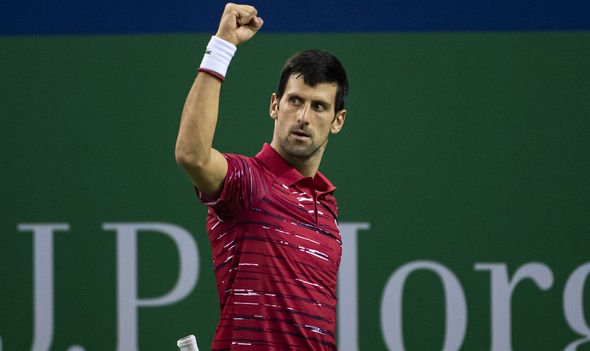 “But I thought I served really well. I used angles. I was very solid from the back of the court.

“I had no problems with the shoulder pain. So no concerns there. Everything is feeling and looking good.”

Djokovic, the defending champion in Shanghai, is looking to close the gap on Rafael Nadal in the year-end No 1 race.

Nadal leads the standings on 9,225 points but is not playing in China due to a hand injury.

The Spaniard was at offices of Spanish telecommunications company Telefonica in Madrid today and gave an update on his recovery.

“The year has been very good, despite a complicated start on a physical level,” he said.

“From Barcelona, I have been able to play all the tournaments I have wanted.

“The US Open final was tough and the Laver Cup. I had and I have a small problem in my hand. I am recovering and I hope to fulfil the planned schedule and finish the year the way I would like after a season that has been good.”