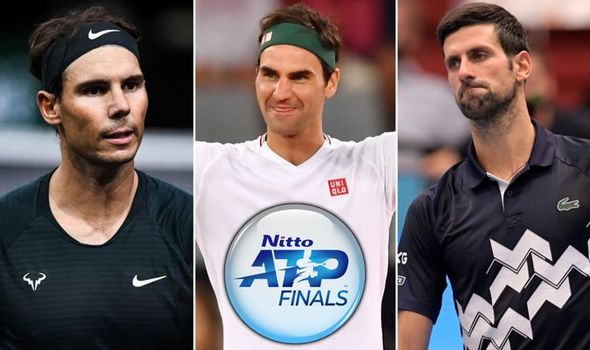 Novak Djokovic is Daniela Hantuchova’s favourite to win the ATP Finals and the former WTA star also expects the Serbian to beat Roger Federer’s major ranking record in the near future. The 2020 Finals gets underway on Sunday and runs until the following Sunday at London’s O2 Arena.

World No 1 Djokovic – who takes on Diego Schwartzman on Monday – is looking to join Swiss legend Federer on six triumphs at the annual tournament which brings an end to the ATP season.

The 33-year-old, who took his Grand Slam total to 17 with victory at the Australian Open earlier this year, has not won this event since 2015 and has twice been a runner-up since then.

And though he did not win either the US Open or French Open, being thrashed in the final of Roland Garros by Nadal, Djokovic comes into this tournament as the favourite. 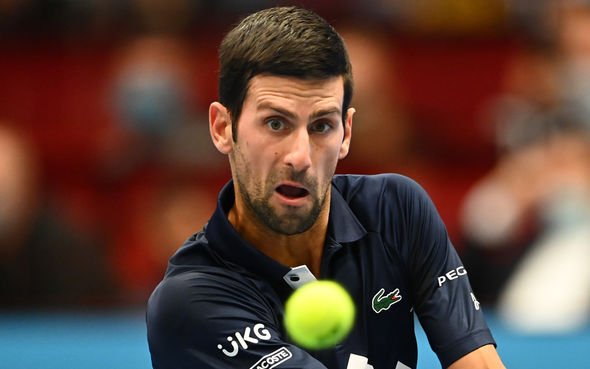 That is a tag that Amazon Prime pundit Hantuchova, who has released a new podcast called The Real DNA, fully agrees with despite Djokovic suffering the joint-worst defeat of his career against Lorenzo Sonego in Vienna at the end of October.

“Yeah I still do [make him the favourite], just because the way he has been playing overall throughout this season,” Hantuchova, the former women’s world No 5, told Express Sport.

“To me the way he moves around the court, and I said it at the beginning of the year, the way he won in Australia, that to me he was going to be unbeatable.

“Obviously there were a few matches that he’s lost since but I still believe that given, yes Rafa played that incredible final in Roland Garros against Novak, given we are now indoors, faster surface, I give him a chance.

“We are talking about the top-eight players in the world and it’s one of those tournaments where we have to sit back, relax and enjoy the show. 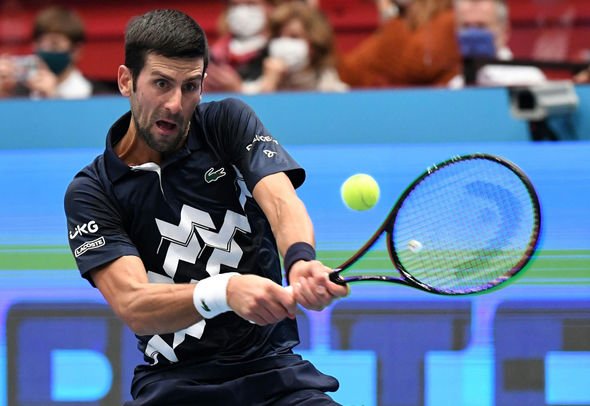 “But if I have to give a slight chance to someone, it would be Novak.”

Ahead of the Finals, Djokovic has already secured his place as the year-end No 1 courtesy of a lead of almost 2,000 points over Nadal in the ATP rankings.

He joins American Pete Sampras in having now ended the year as the highest-ranked player six times, with rivals Federer and Nadal both doing so on five occasions, despite the former not doing so since 2009.

Federer, now 39 and having not played since Melbourne back in January, still boasts the highest total of weeks at No 1 with 310.

But Djokovic is rapidly closing in on 300 and asked if it’s inevitable he will take over Sampras’ year-end No 1 record and also usurp Federer’s feat, Hantuchova added: “Yeah I think so, just because he’s younger, fresher and his fitness levels are higher than I’ve ever seen.

ATP Finals 2020 predictions: Who will win as Nadal, Djokovic compete?

ATP Finals 2020: Why isn’t Roger Federer at the ATP Finals in London?

“He’s got that hunger, that motivation inside of him which I really find so admirable, for all three guys, Rafa, Roger, Novak.

“To still have that hunger after everything they’ve achieved, I do believe they’re better because of each other, they keep pushing each other.

“Novak I feel like has still got a lot of miles in his legs and as long as he can stay healthy and motivated, I don’t see what could stop him.”

Former Tennis Professional and current Sports Broadcaster and Social Influencer Daniela Hantuchova interviews highly successful guests from the world of sports, entertainment, and culture on her podcast The Real DNA. Daniela pursues the common thread or the DNA of what breeds success at the highest levels. You can listen here.

‘It really makes me anxious’: Dallas Cowboys could have more than 30,000 fans at annual Thanksgiving game