Andy Murray took time out of contemplating his future to chill out in the Melbourne sun with his mum following his first-round exit at the Australian Open.

The Scotsman, who is struggling with a long-term hip injury, is currently mulling over his future with the two-time Wimbledon champion hoping he can play in front of his home crowd for one last time this summer.

However, Murray took advantage of being in a warmer climate to sunbathe while he spoke to his mum — Judy — along the banks of the Yarra River. 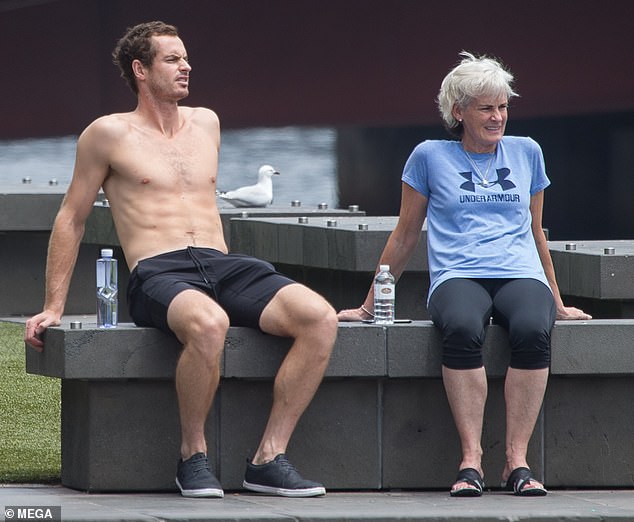 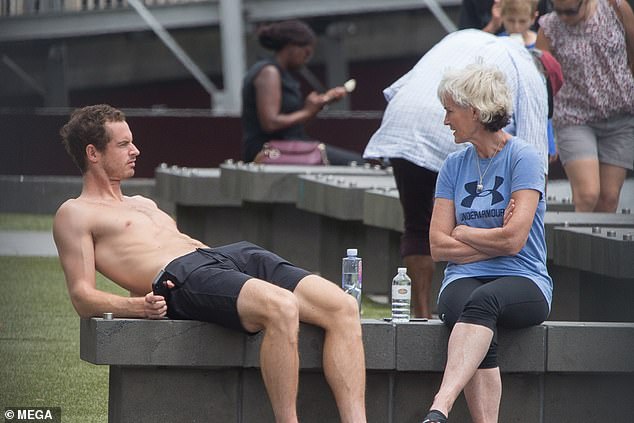 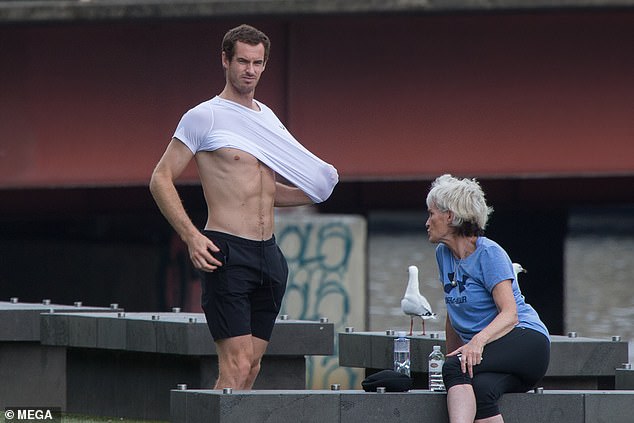 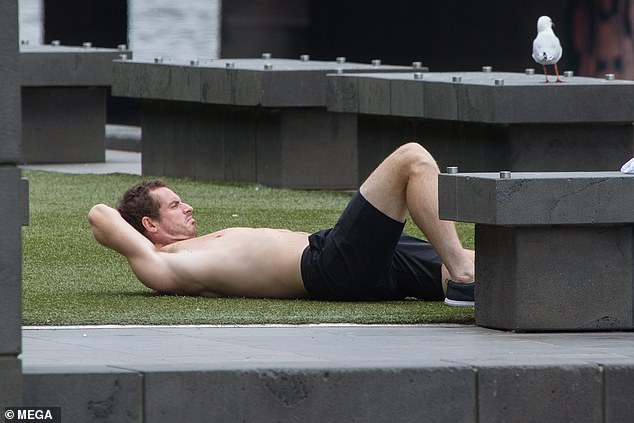 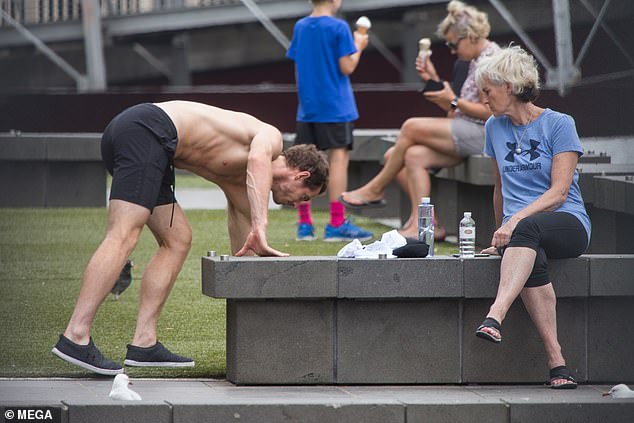 Murray couldn’t handle the heat while wearing a t-shirt so went topless as he chilled out alongside his confidante.

Judy Murray has backed her son to become a mentor and coach of future tennis stars after he hangs up his racket.

‘The good thing with Andy is that he’s so willing to share his experiences and his advice with others, and particularly the younger generation,’ Judy said.

‘Hopefully he can help them and their coaches and parents not to make the same mistakes, to get more things right. It kind of hammers home, I think, the importance of having the right environment and the right people around you.

‘Andy has a lot of options. He’s a really smart guy, he’s interested in a lot of things and I think he’d be a great coaching mentor.

‘I think Jamie would be as well — they both read the game very well, they communicate very well.

‘Andy did a little spot of commentating during Wimbledon last year and he seemed to have done a good job with that too.

‘He’s interested in property, he’s got the hotel in Scotland, so he’ll not be short for options.’ 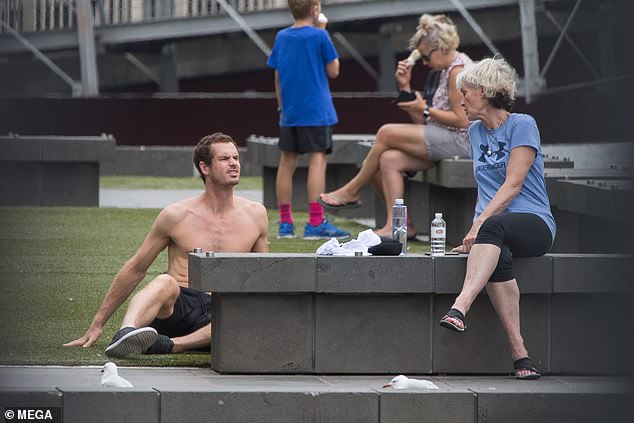 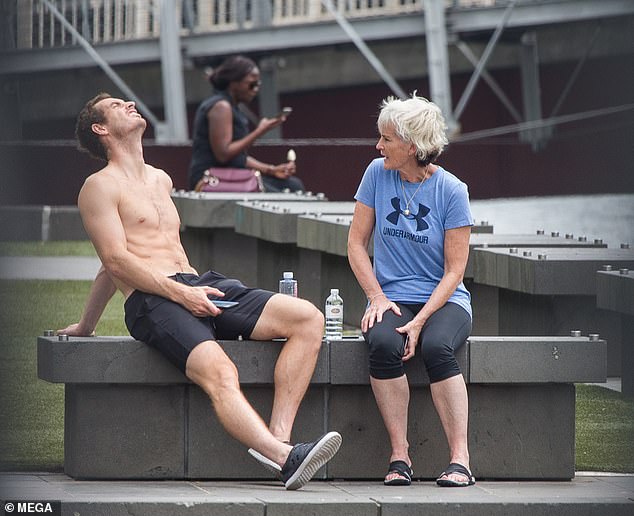 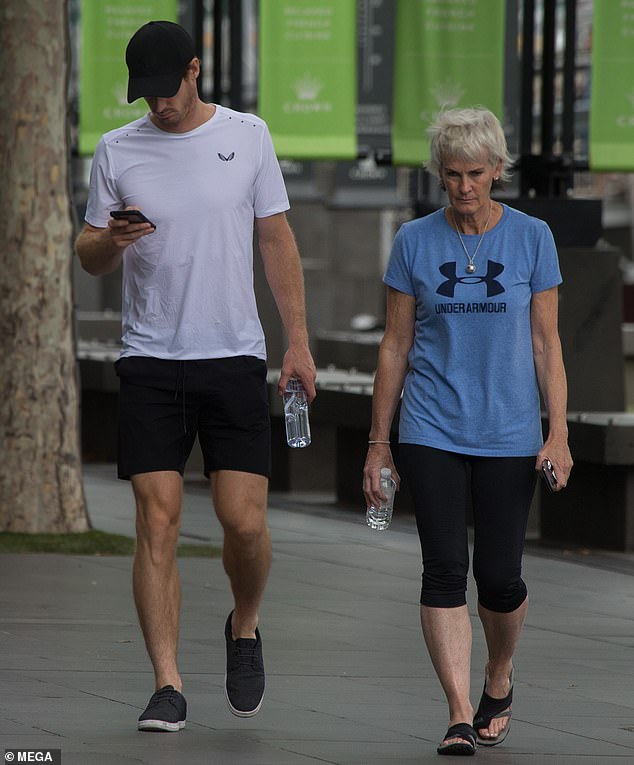 Andy’s brother Jamie has also offered advice after what proved to be an emotional day for the whole family on Monday.

Jamie said: ‘He’s obviously got to go and do his surgery, which is a pretty big surgery to get.

‘I just hope that, whatever happens, he can get back to just regular life, pain-free, and be able to enjoy himself and not be in constant pain. If he’s able to come back and play tennis, if that’s what he wants to do, then I’m sure he’ll give it everything he can.

‘I obviously haven’t been there day by day watching him go through what he has gone through because I have been continuing playing on the tour. 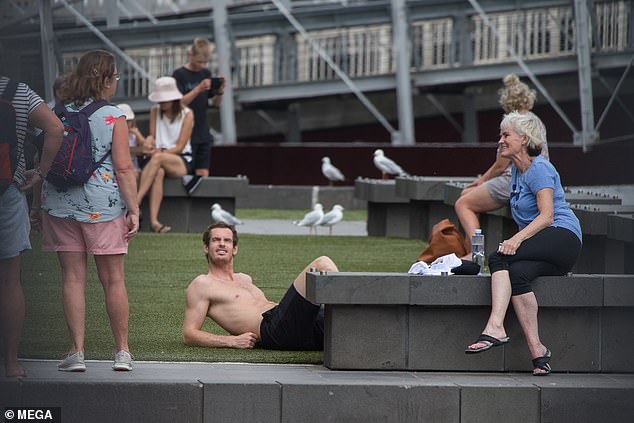