‘It’s madness! I am not sure Britain has really capitalised on the last seven or eight years of success’: Andy Murray slams tennis chiefs for losing 60,000 players during golden era

Andy Murray has questioned whether British tennis has properly built on the era of prosperity and publicity brought about by his own success.

The double Wimbledon champion was due to head home from the Australian after a week in which he effectively announced his retirement, before putting up a thunderous rearguard action in what might be his final ever match on Monday night.

Murray does so with the nagging concern that the boom period has not been used to lay down foundations for a wider revival in the sport. The Lawn Tennis Association is his implicit target. 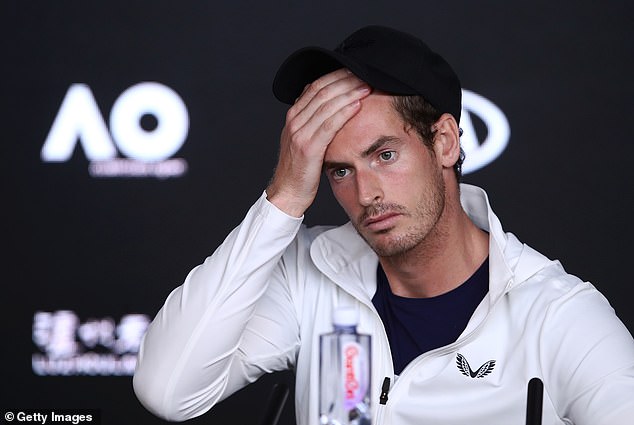 Participation numbers are struggling, while any upswing in the fortunes of elite players has been modest, with three singles players left in the season’s opening Grand Slam.

‘I am not sure Britain has really capitalised on the last seven or eight years of success that we’ve had really,’ said Murray, ‘whether it be myself, my brother, Jo (Konta), Kyle (Edmund), Davis Cup, those sorts of things. I’m not sure how much we’ve done there.

‘Maybe it’s something I should have given more thought to while I was playing but I never felt that was my job to do that. It is a little bit disappointing. I don’t understand how in the last eight to 10 years that participation is dropping, I don’t get it. If that is the case, it’s disappointing.

‘We’ve obviously got a few players here that have potential to go on and do better but obviously you are talking about the high-end of the game. To get eight Brits in the main draw (in Australia), that is a decent number. It’s not amazing but it’s a decent number. 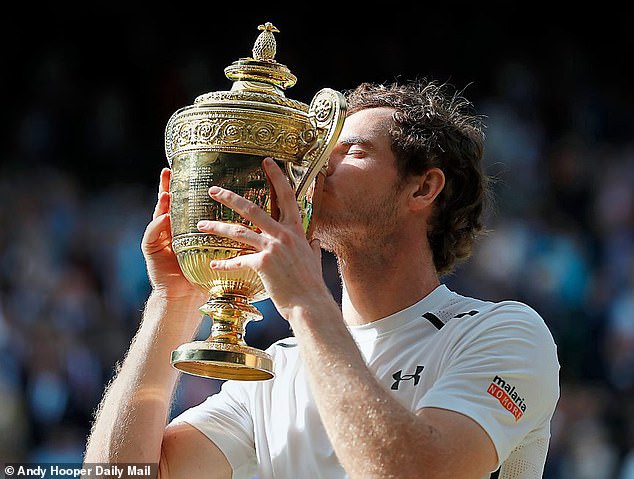 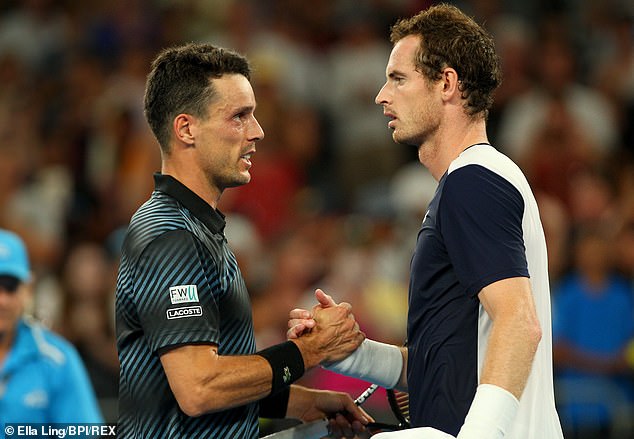 ‘But I think the thing that is more concerning, from my understanding, is that participation is dropping. I know in Scotland that there has not been many indoor courts built in the last 10 years.

‘That seems madness. I don’t understand why that is. I guess those are the things that are important for the future. You need to get kids playing, you need to have the facilities that allow them to do that.’

The lack of new indoor courts north of the border is a particular bone of contention in the Murray family.

No centres were built between 2007 and 2016 in Scotland, while figures suggest that, UK-wide, nearly 60,000 players were lost in that time.

Ten new indoor courts in Scotland have recently been built, in Glasgow, St. Andrews and Gleneagles. 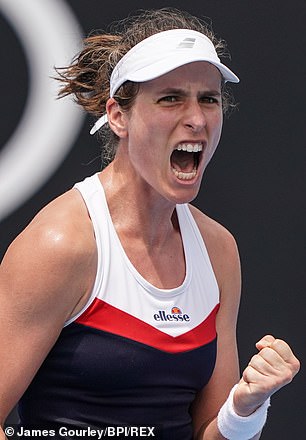 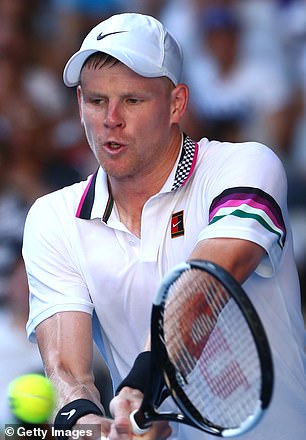 His mother Judy has been trying to build a tennis centre close to Dunblane, but has struggled to secure the funding she wants from the LTA for the project, which now has planning permission after a lengthy legal wrangle.

A good starting point for funds, you might think, would be her wealthy younger son, who is worth an estimated £80million.

This is not the first time that the country’s best player has complained about the UK tennis establishment.

The most notable occasion was the day following the triumph in the 2015 Davis Cup final, when he and his team-mates used a celebratory press conference to lambast the wider state of British tennis and its leadership.

And it was conspicuous this week that, with tributes raining in on Murray from every quarter of the sport at home and abroad, the LTA failed to issue any statement of warm words. It even took until Tuesday for anything significant about his impending retirement to appear on their website.

While Murray’s disappointment at falling participation numbers is understandable, tennis is hardly alone among traditional, skill-based ball sports in keeping numbers up. They have virtually all suffered, tennis not as badly as some others. 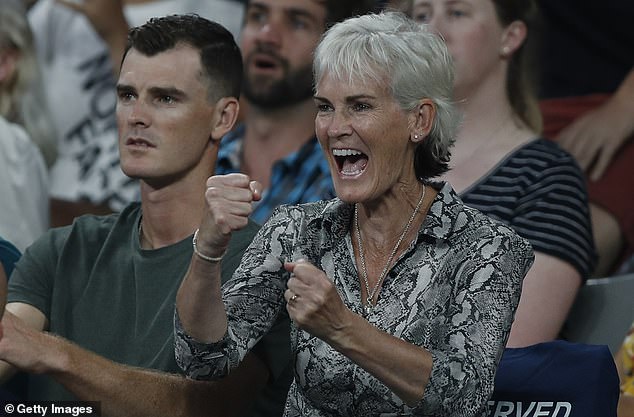 Given modern demographics and lifestyle trends the LTA face a very difficult task on that front, with one aspect being that indoor centres are not easy to operate profitably, given UK land costs and the space that required for courts.

But the LTA often does not help itself, habitually appointing to senior executive and board positions people with scant knowledge of the game they are meant to be running.

While every organisation needs outsiders to provide fresh perspectives, there remains a lack of elite tennis expertise at the helm.

How welcome Murray’s unsurpassed influence and knowledge would be on that front when it comes to performance matters – certainly there would be no pulling of wool over the eyes by professional staff.

Not known for his enthusiasm to sit through long meetings, Murray is unlikely to jump at any role in the short term. But as he explores options for the future he is a resource that should not go untapped.