The angry dispute between Andy Murray and Fabio Fognini at the Shanghai Masters continued to rage in the locker room after the Italian’s win on Wednesday.

Murray had been furious with his opponent, who knocked him out 7-6, 2-6, 7-6, after Fognini shouted out in the middle of a crucial point to put off his rival.

The Scot was initially uncertain about where the yell had come from, before looking at Fognini who provocatively told him: ‘Stop looking at me, what are you looking at me for?’ 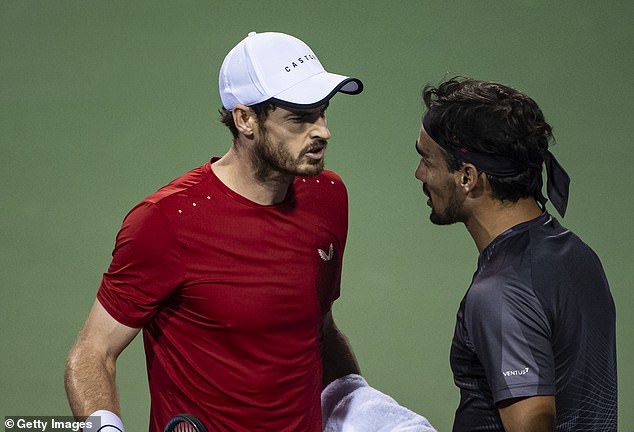 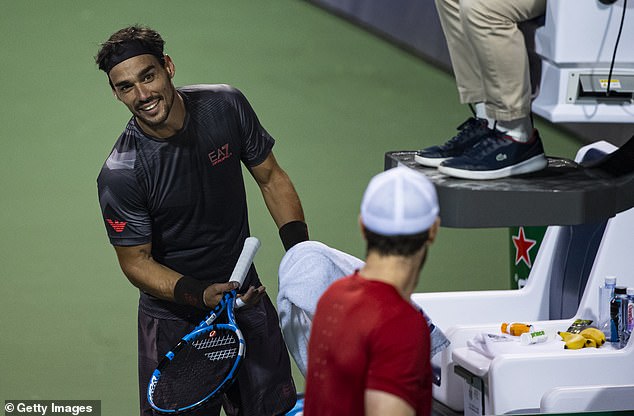 And despite shaking hands after the match, the ‘heated verbal exchange’ continued once both men were in the locker room, according to the Times.

Players, coaches and tournament officials watched on as Murray and Fognini loudly argued in a communal space behind the scenes at the Qizhong Forest Tennis Centre.

A frustrated Murray said after the match: ‘He told me to stop complaining, to have a sense of humour. I wanted to know where the sound came from and it came from him, which you’re not allowed to do.

‘It’s against the rules, it’s hindrance, you shouldn’t do it. But he said I should have a sense of humour about that but in that moment neither of us were in a joking, laughing kind of mood.

‘He [umpire Fergus Murphy] wasn’t saying anything to him. I was obviously frustrated with that. He wanted to engage with me, I probably shouldn’t have done but I’m not having him talk to me like that on the court.’

Fognini has a history of misdemenours on court and the world No 12 has the biggest fine in tennis history on his record. He was charged £120,000 at the 2017 US Open for a number of different acts, one of which was calling a female umpire a ‘c***sucking whore’

No doubt Murray’s anger was exacerbated by the fact that he lost the thrilling match. He had two opportunities to serve out for victory but failed to grasp either and was blown away in the tie-break (7-2).

Despite the defeat, the 32-year-old has made major strides and this was only his sixth singles tournament back from his hip resurfacing operation in January. 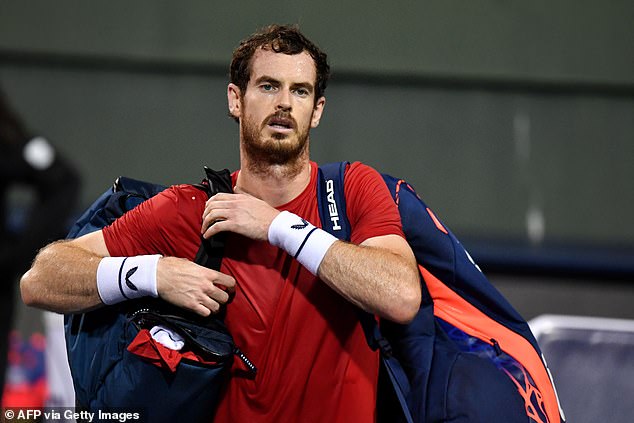