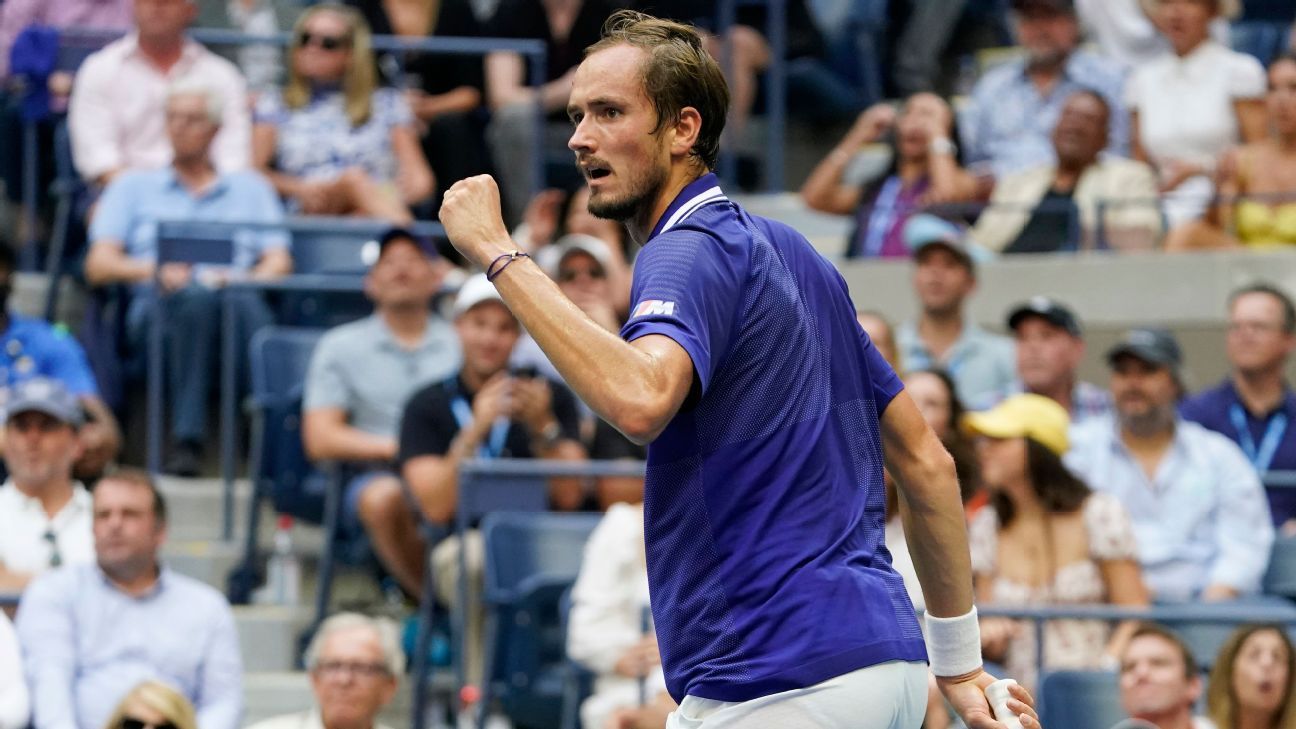 Djokovic was trying to become the first man since Rod Laver in 1969 to win all four Grand Slam singles titles in the same year. But the No. 2 seed from Russia made clear it wasn’t going to happen Sunday when he built a 4-0 lead in the third set after winning the first two.

Djokovic will go into next year still tied with Roger Federer and Rafael Nadal with 20 major titles, most in men’s history.