Kevin Anderson made up for lost time on his ATP Finals debut with victory over Austria’s Dominic Thiem.

Anderson, who was Wimbledon runner-up this year on his way to climbing to number six in the world, dropped just four points on his serve in a dominant opening set while forcing seven break points against the occasionally erratic Thiem serve.

He only required one of them to clinch the first set, and then edged Thiem out in a tense 17-minute tie-break by converting a fourth match point with his 13th ace of the match. 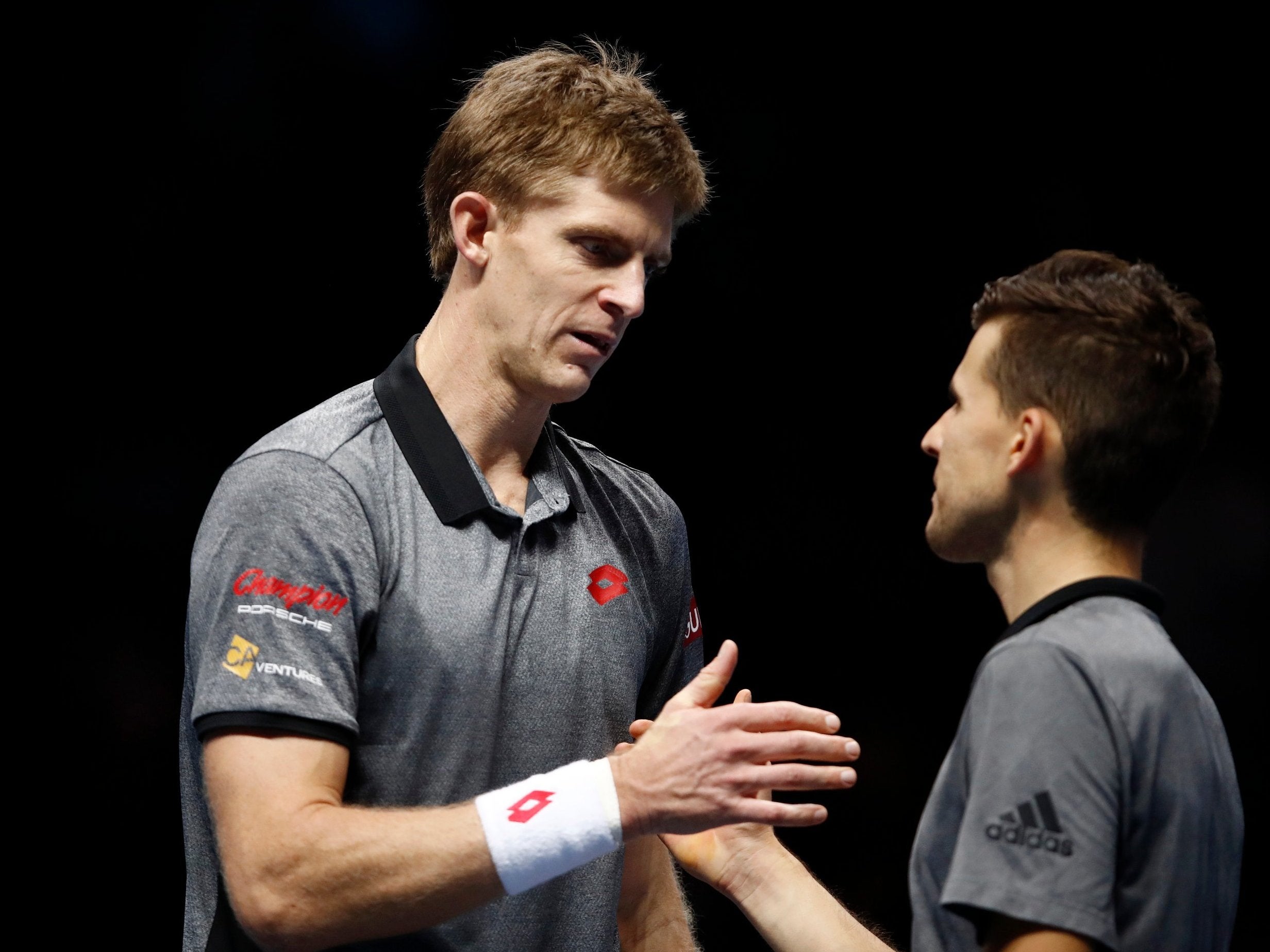 “I think it was important going out there and getting off to a good start,” said Anderson.

“I definitely felt a little bit nervous. But I was able to settle very quickly and find a really good rhythm, taking care of my serve games nicely, creating quite a few opportunities on his serve.

“He wasn’t serving at a very high first-serve percentage. I felt I was getting into quite a few points.

“The second set could have been anybody’s set. He started serving well. I was taking care of my serve games.

“When it’s 12-10 in the tie-break, it really could have gone either way. I think overall just getting off to a good start helped me a lot.”

French Open finalist Thiem improved markedly in the second set, but he could not make any inroads on the Anderson serve.

The 25-year-old said: “I didn’t have a good start. I had no chance basically in the first set to break him and I was in trouble almost every service game. So the first set was not really good.

“Then the second one was a very good set of tennis, I would say. It was just one little ball here and there why I lost at the end.

“But he’s very dangerous. He serves well. I think out of the taller guys, he’s playing outstanding from the baseline. Of course, he can win the title here.”