Kevin Anderson moved a step closer to the semi-finals of the ATP Finals by crushing Kei Nishikori 6-0 6-1 in Group Lleyton Hewitt at London’s O2 Arena.

Japan’s Nishikori, who shocked second seed and six-time champion Roger Federer in his opening group game, was unable to hit the same heights as he was blown away by the giant Anderson in 63 minutes on Tuesday afternoon. 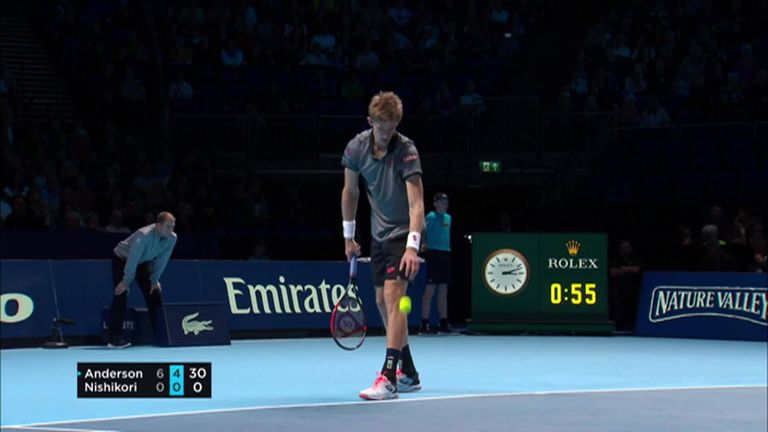 Having qualified for the tournament for the first time, Anderson made a confident start to his ATP Finals debut with victory over Dominic Thiem and he continued his impressive run of form with a blur of aces on his way to a stunning bagel set in 31 minutes.

Anderson, the 6ft 8in South African who reached the Wimbledon final via his epic six-hour-plus semi-final win over John Isner, was moving immaculately on the O2 surface, and with Nishikori struggling on serve the 32-year-old continued his onslaught in the next set with more capital punishment. Anderson looked on course to become the first player since Roger Federer hammered Gaston Gaudio 13 years ago to record a whitewash at the year-end championships. That was the case until the 12th game when the relief on Nishikori’s face was palpable when he finally held. However, Anderson did complete a handsome victory in the very next game to close in on the last four.

Defeat equals worst loss of Nishikori’s career when he lost to Robin Soderling 6-0 6-1 in 2008 Stockholm Open semi-final. It is also the most lopsided match at the O2 since Federer defeated Andy Murray 6-0 6-1 in 2014.

Shot of the match 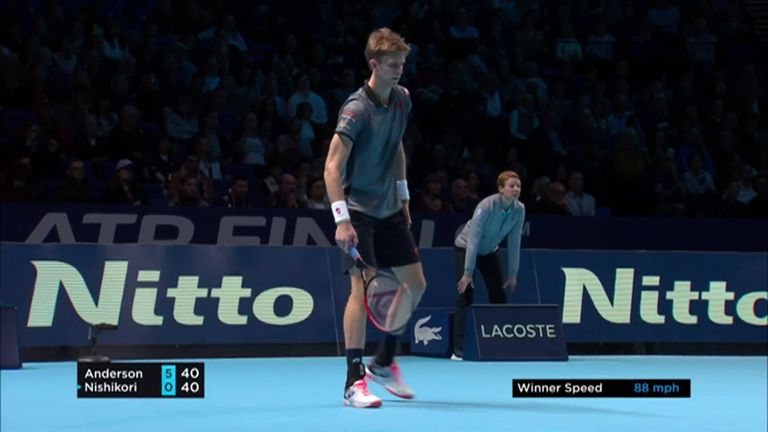 Anderson showed superb movement and power to drill this forehand past Nishikori in the blink of an eye. 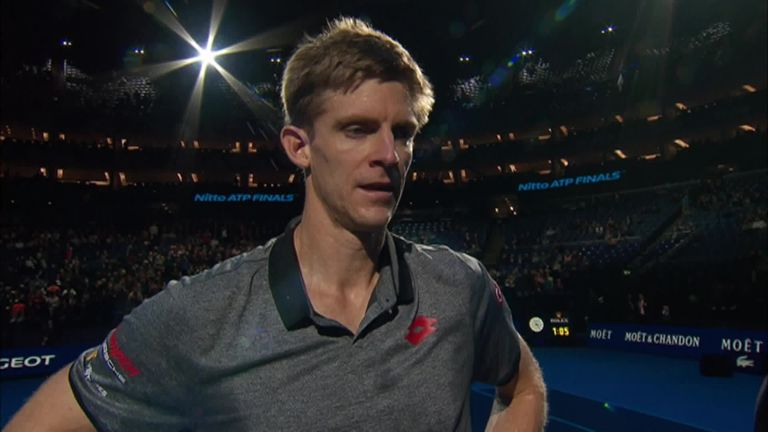 “It’s one of the best matches I’ve ever played,” said Anderson. “I knew I had to come out and play well against Kei, who is a world-class player. You just take each game at a time and I found great rhythm right from the start but then I was able to keep the pressure on him right throughout the match. You wait a whole year to play a match like this and to do it here feels fantastic.” I thought Anderson was absolutely brilliant from start to finish. His focus, his concentration, the way he bossed the match. He did everything right. The serve was exceptional; it was one of his best performances ever. Anderson will be the first African player to qualify for the semi-finals of the year-end championships if Dominic Thiem beats Roger Federer tonight or Federer defeats the Austrian in three. The Wimbledon runner-up will take on Federer in his last match in a repeat of their quarter-final at the All England Club – a match he won 13-11 in the fifth. Nishikori still has a chance of qualifying but he must beat Thiem in his final round-robin match on Thursday.

We will have extensive coverage of the ATP Finals at London’s O2 with every match live on Sky Sports. See TV listings HERE.

‘My family has lived through the horror of war:’ Novak Djokovic’s father says he has a wish for peace 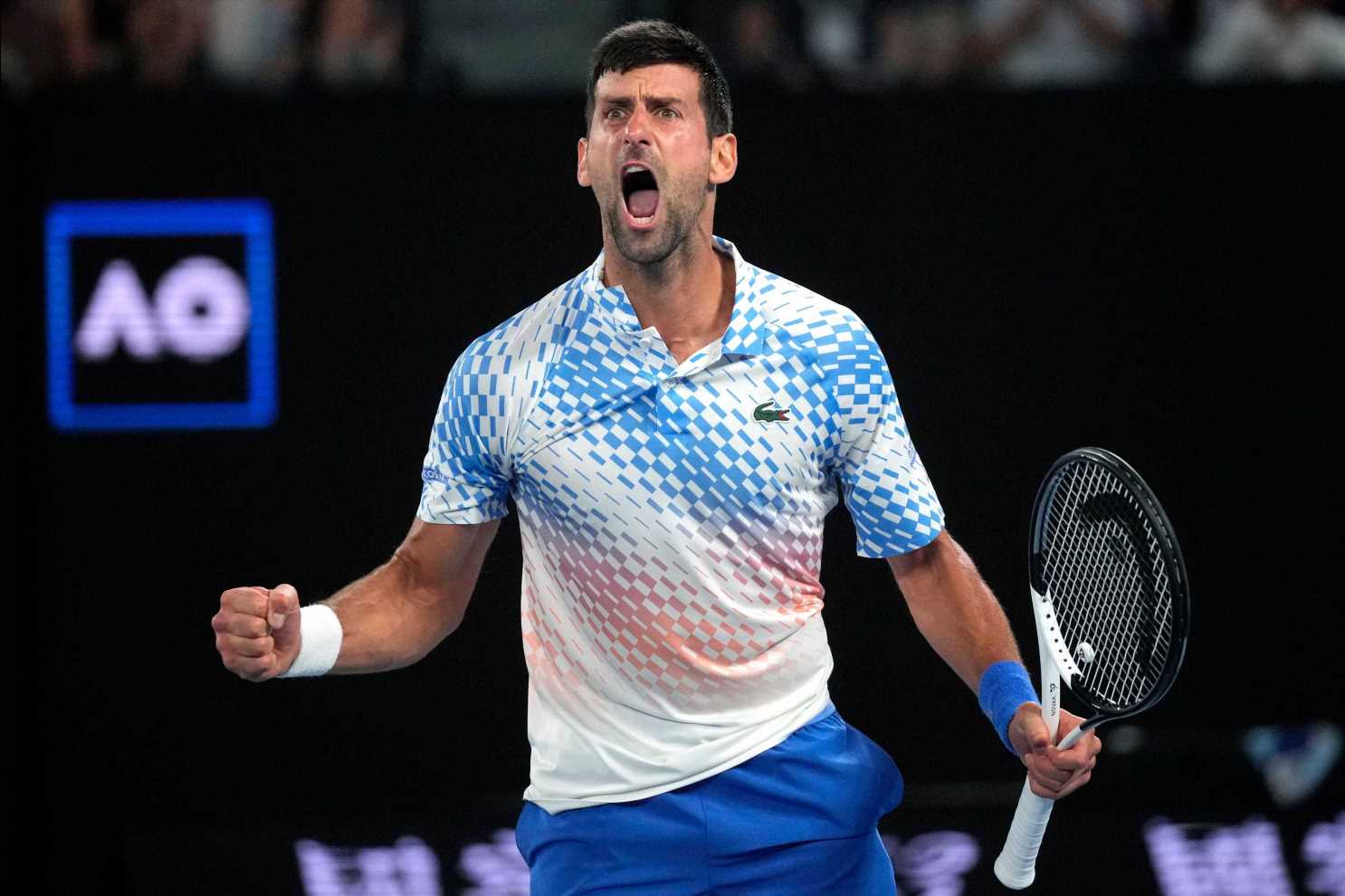