Sporting comebacks are all the rage right now, and Novak Djokovic has put himself in prime position to complete a colossal one of his own.

Just over a year ago he was in an existential crisis with form and motivation and, while already showing signs of being on the up, lost early at the Madrid Open to Britain’s Kyle Edmund.

On Sunday he claimed that same title for 2019, via an ominously routine 6-3 6-4 win over Stefanos Tsitsipas. Now it seems entirely realistic that he can pick up a fourth consecutive Grand Slam title at the French Open, which begins a week on Sunday. 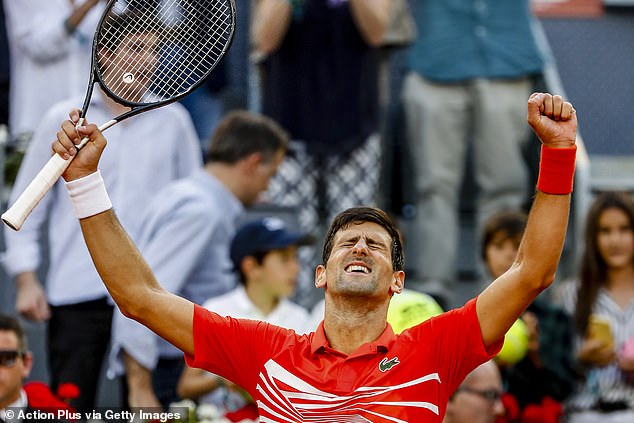 Everything is falling into place for him, from the technical side of his game to the lack of confidence that seems apparent in his main rival and the greatest clay courter of them all, Rafael Nadal.

Not only did Djokovic get an energy saving walkover in the quarter-final but Tsitsipas was also at the end of a long week, having made the semi-finals of the doubles and then not finished his taxing victory against Nadal the previous evening until midnight.

By winning in Madrid the 31-year-old Serb equalled the Spaniard’s tally of 33 trophies at ATP Masters level. He has not been reeling off the regular titles quite like he used to, but when the Majors come in sight he is able to reach a crescendo.

A good barometer of the Djokovic self-belief is his down the line backhand, and that looked in fine working order against the young Greek.

Tsitsipas struggled to keep up, but he is rapidly improving and this has been another learning week. He is proving this season what a very unusual talent he is, and he will be dangerous in Paris. 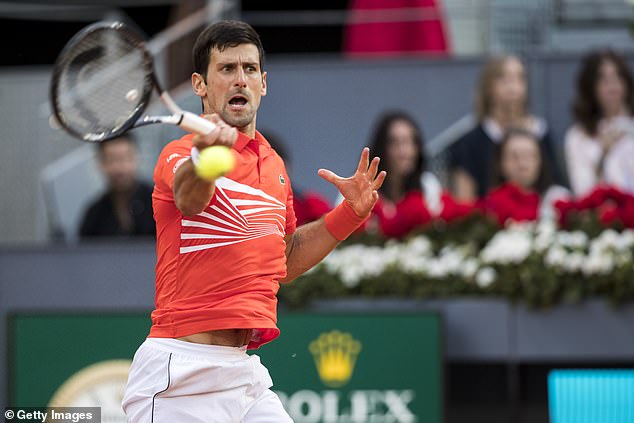 Tsitsipas spoke later of the challenge trying it beat both Nadal and Djokovic: ‘They just make you suffer, that’s all they do. It is really tough to physically cope with that and I think that’s the biggest challenges you have if you are ever going to play all of those guys in the same tournament.’

With all roads leading to Roland Garros what can be said is that there are — at a stretch — five plausible contenders for the men’s title, including Madrid’s two finalists.

Roger Federer, who has made the surprise move to play in this week’s Italian Open, has a pedigree that demands inclusion on that list.

His late decision to show up in Rome confirms he is serious about the clay, and that he does not see himself as making up the numbers. Yet it would still take a remarkable confluence of circumstances for him to win.

Dominic Thiem remains a serious contender, and he could easily have beaten Djokovic in straight sets in their semi-final. A brilliant shotmaker, he nonetheless shows an impetuosity on big points that needs tempering. 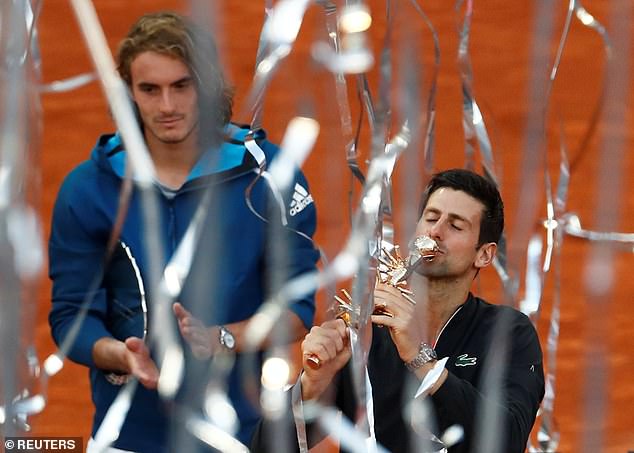 And then there is Nadal, who has been beaten in the semi-finals of the three clay court tournaments he has played this spring.

There was some mitigation for his latest (relative) setback, having been stricken with a stomach virus earlier in the week. Results in Madrid always come with the proviso that it is played at altitude, unlike Paris, and that is particularly relevant in Federer’s case.

Nadal does not give much away but he must be concerned at the current lack of momentum. He would not have expected to get to this stage of the season without a title to his name, and it is a year which included that almighty thumping by Djokovic in the Australian final. You wonder about the scarring effects of that.

He turns 33 during Roland Garros, a reminder that his extraordinary dominance there cannot last forever.

Yet we have been here before with false alarms, and his muscle memory on clay is without parallel. With the the best of five format it would still be a surprise to see anyone other than him and Djokovic in the final. 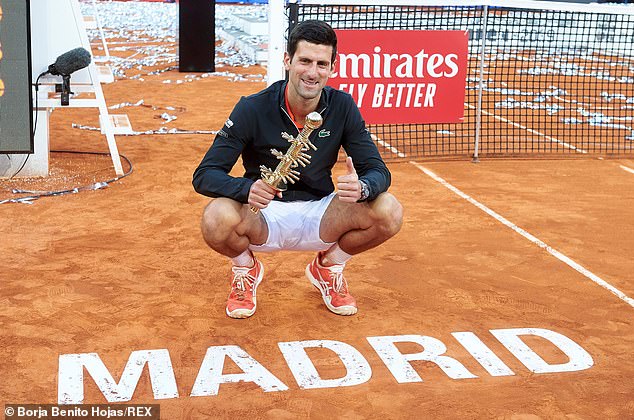 After his Madrid win, Djokovic is in good shape to bid for French Open glory at Roland Garros

Heather Watson arrested her form slump when she took the ITF title in Fukuoka with a 7-6 7-6 win in the final over Zarina Dyas.