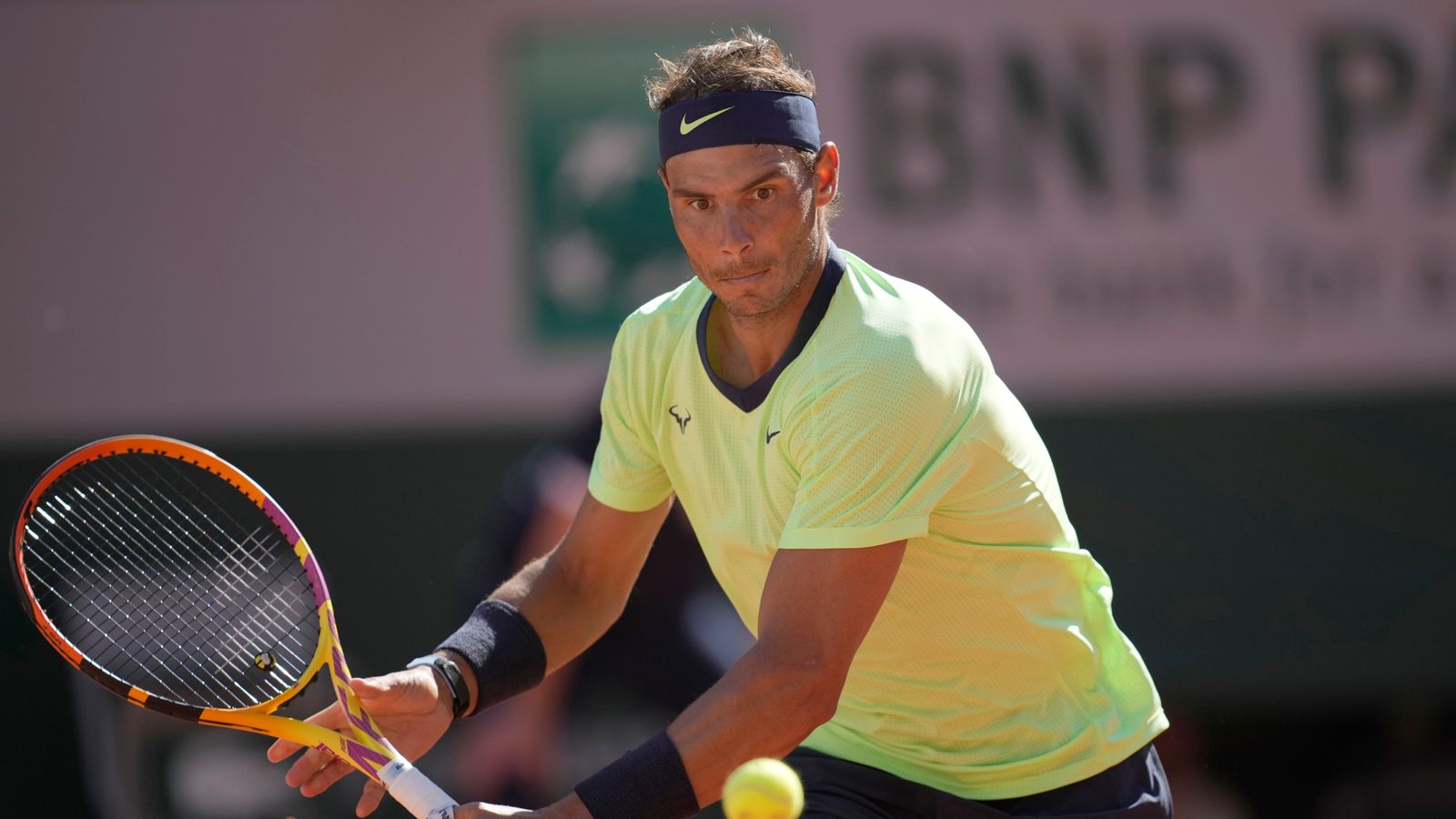 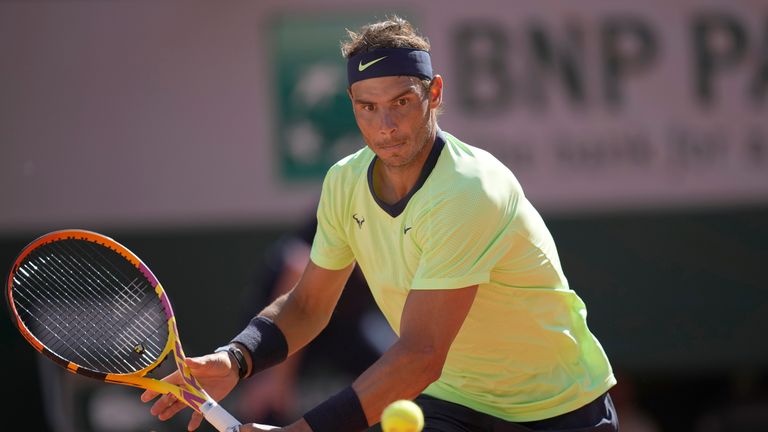 Rafael Nadal began his pursuit of an unprecedented 14th French Open title with a hard-fought straight-sets success against Alexei Popyrin on Tuesday afternoon.

The Spaniard – level on 20 Grand Slam titles alongside Roger Federer – is chasing another slice of history on the Parisian clay, and he kicked off his campaign with a 6-3 6-2 7-6 victory over the spirited Australian.

Popyrin made a positive start on the sun-bathed Philippe Chatrier court, and although Nadal stamped his authority on proceedings midway through the contest, the world No 61 also fashioned out set points in a high-quality third set.

However, the 21-year-old was unable to replicate Daniel Brands and John Isner by becoming the third man to take a set off Nadal in the opening round at Roland Garros, as the 13-time champion prevailed in two hours and 23 minutes.

In his 103rd appearance on the red dirt, Nadal secured his 101st victory to set up a second-round showdown against Richard Gasquet, who eased past his compatriot Hugh Gaston in straight sets.

Nadal has remarkably relinquished just 27 sets throughout his French Open career, and he defied a positive start from Popyrin to wrap up the opening set with a solitary break of serve.

The Australian fired down four aces in his first three service games, but Nadal converted his only break point to move 5-3 ahead, before closing out the set with a commanding hold.

Having been level at 3-3 in the opener, Nadal extended his winning sequence to seven games to establish a 4-0 cushion in the second, and although Popyrin avoided the ignominy of a bagel, that only provided a temporary reprieve as the third seed doubled his lead minutes later. 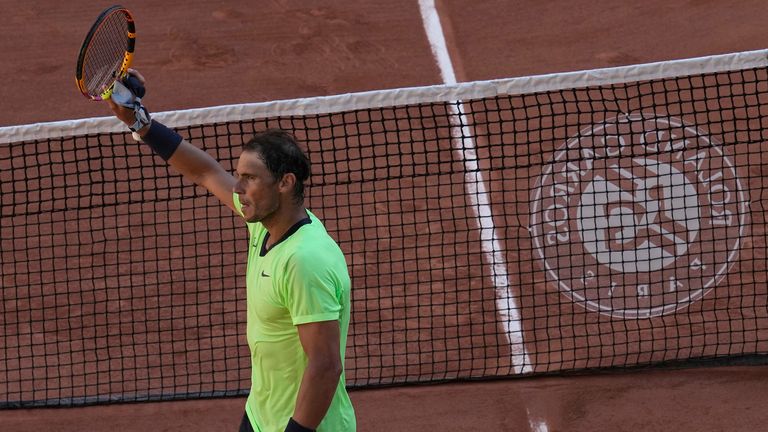 The talented Australian maintained his aggressive approach, however, and it paid dividends as he secured his first break of serve to lead 4-2 in the third, only to squander two glorious opportunities to force a fourth set.

Popyrin spurned his first set point courtesy of a double fault, before wasting another after miscuing a seemingly regulation overhead, which saw Nadal level at five apiece from 2-5 adrift.

However, the indomitable ‘King of Clay’ produced a virtually flawless breaker to seal his progression in emphatic style, winning it 7-3 to maintain his bid for a record-extending 14th Roland Garros success, with Gasquet his next assignment on Thursday.

The world No 3 has won all 16 of their previous meetings at senior level, with Gasquet’s last win over Nadal incredibly coming when the pair were both 12-years-old.

Struff struts his stuff in five

Andrey Rublev became the second top-10 player to crash out in the opening round, after succumbing to Jan-Lennard Struff in a compelling five-set epic.

Felix Auger-Aliassime was another seeded casualty on Tuesday afternoon. The 20-year-old Canadian was beaten in four sets by Italian veteran Andreas Seppi, who registered just his second win at Roland Garros since 2015. 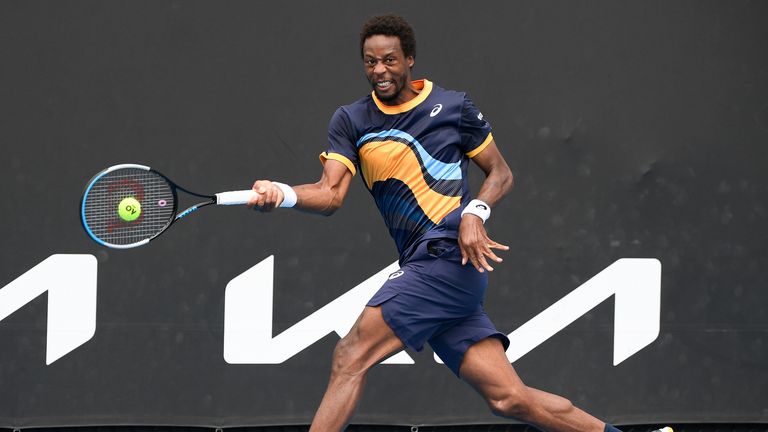 Gael Monfils also advanced to the second round, recovering from losing the opening set to defeat world No 38 Albert Ramos-Vinolas.

Vinolas stormed to the opening set in 24 minutes and led 4-1 in the second, but the 13th seed – roared on by his home faithful – prevailed in a thrilling second set tie-break, which ignited his comeback.

Monfils has spoken candidly about performing in the sterile behind-closed-doors environments, and he thrived in the partisan atmosphere generated on a rapturous Court Suzanne Lenglen.