Rafael Nadal is one Roland Garros final away from matching Roger Federer’s record of 20 Grand Slams – but has world No 1 Novak Djokovic in his way.

The two familiar enemies lock horns on the Philippe Chatrier court for the French Open final on Sunday afternoon. Nadal is the more rested of the two having breezed through his semi-final in straight sets against Diego Schwartzman. It took five sets for Djokovic to defeat Stefanos Tsitsipas.

Follow all the action as it happens in Paris right here with Sportsmail’s KIERAN JACKSON.

With around 1,000 spectators inside the stadium, with the roof closed due to rain in Paris, the finalists are out! 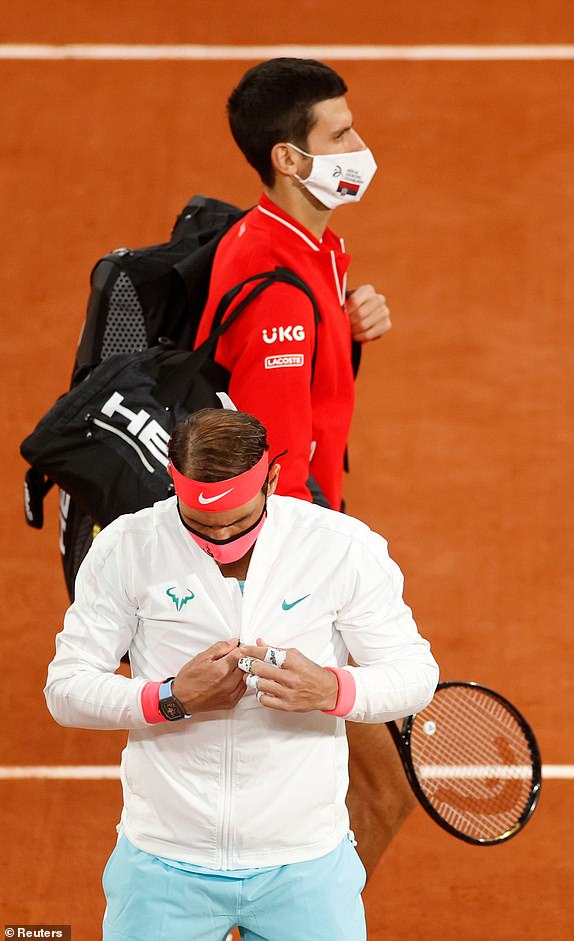 Final Sunday. Roland Garros. Djokovic vs Nadal. Does it get much better than that?

Welcome to Sportsmail’s live coverage of the men’s singles final the French Open, between the top two players in the world!