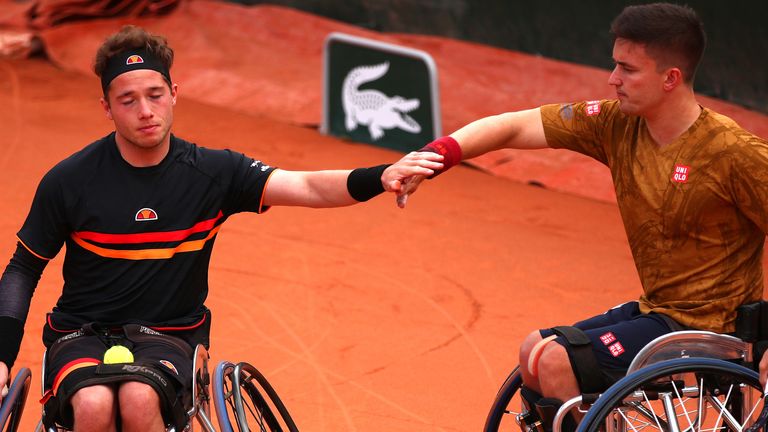 Alfie Hewett and Gordon Reid made it a full house of Grand Slam titles in 2020 with victory in the men’s wheelchair doubles at the French Open.

A 7-6 (7-4) 1-6 10-3 victory over Argentinian Gustavo Fernandez and Shingo Kunieda of Japan saw Hewett and Reid add to their trophies in Melbourne and New York and make it four slam titles in a row overall.

Hewett will attempt to win his fourth slam singles crown on Saturday when he takes on Belgian Joachim Gerard.

Jordanne Whiley is also chasing her third Grand Slam doubles titles of the year alongside Japan’s Yui Kamiji. They defeated Marjolein Buis and Charlotte Famin 6-0 6-1 in the semi-finals.

World No. 2 Simona Halep says she has coronavirus; isolating at home with ‘mild symptoms’