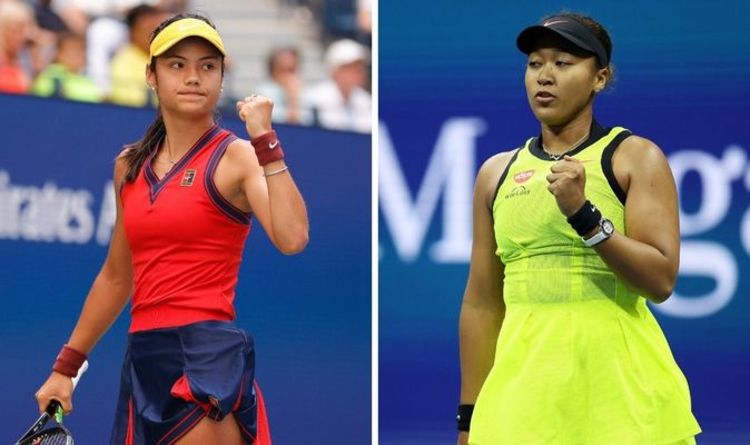 Emma Raducanu has been warned following her rise to international success off the back of her US Open run. The 18-year-old is the talk of the tennis world, having made the quarter-finals in Flushing Meadows, becoming just the third woman in history to do so as a qualifier. British tennis legend Virginia Wade has tipped the Bromley teenager to go on and achieve big things, but warned that Raducanu must be careful that she isn’t affected like Naomi Osaka.

Raducanu announced herself after storming to the second week of Wimbledon as a wildcard, but it’s her exploits at the US Open that have seen her go on to become one of the biggest young stars in tennis.

The world No 150 is yet to drop a set through three rounds of qualifying and four main-draw matches, beating three top 50 opponents successively to make the last-eight.

The Brit’s run in Flushing Meadows has earned her praise from multiple tennis legends, with the likes of Martina Navratilova comparing her to Rafael Nadal and Novak Djokovic, while 2013 Wimbledon champion Marion Bartoli predicted she would make the top 20 one day.

Another former Grand Slam champion has gone one further and tipped her to win the US Open this week, but warned Raducanu to “be careful” that her newfound stardom didn’t go to her head.

JUST IN: Daniil Medvedev plays down anti-Novak Djokovic question at the US Open

Former world No 2 Virginia Wade was in the front-row of Arthur Ashe Stadium to watch Raducanu come back from 0-2 0-40 down against Shelby Rogers, beating the American 6-2 6-1 to book her spot in the quarter-final, and later said the Brit could win the whole tournament.

“I’m very optimistic,” she told The Telegraph. “She could even go on and win this tournament. In the long run I don’t think it matters one way or another. But you look at it and think ‘Why not?’”

While the three-time Grand Slam champion said the 18-year-old was a special talent, she fired a warning to Raducanu after seeing how Naomi Osaka was impacted by her level of stardom.

“When someone special comes along, you can see they stand head and shoulders over their contemporaries,” Wade continued.

“During my career, with the likes of Chris Evert, we knew about them ages before they arrived on the tour. With Martina and Steffi you could tell they were going to be good forever.

“But you do have to be careful. With some people, it all goes to their head. Or they have to deal with so much stuff that it affects their tennis. Look at Naomi Osaka. With Emma, people are going to be after her like bees around a honeypot.”

Osaka recently said she would be taking a break from tennis, admitting that she didn’t know when her next match would be following a shock third-round defeat to 18-year-old Leylah Annie Fernandez in New York.

The world No 3 announced she would not be attending press conferences at Roland Garros and was happy to pay fines as punishment, but later withdrew from the tournament and from Wimbledon when the Grand Slams threatened her with suspension, revealing she had suffered with bouts of depression for years.

Wade also said she briefly spoke with Raducanu following her win, and was impressed with the level-headed teenager.

She added: “I thought she was a really nice person. I know she’s smart. She values her education.

“I told her ‘Don’t touch social media.’ She said ‘Yeah, I’ve given my phone to somebody to look after.’ It’s awful what social media has to say. Elina Svitolina said to me, ‘You wouldn’t believe the hate mail we get.’ You really have to control yourself to stay away from all that. It’s vicious out there.

“You get all the good things, but it can be 100 compliments and one nasty one that that sticks with you. Sloane was talking about it the other day as well.”