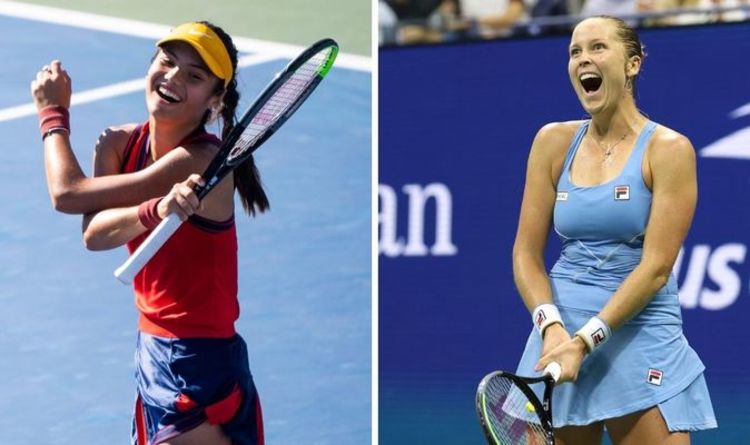 Raducanu continues teenage rampage at the US Open with emphatic win

Emma Raducanu has been hailed by her upcoming opponent Shelby Rogers for ‘impressing’ at the US Open. The Brit is into the fourth round of her second successive Grand Slam and will face the world No 43, who upset Ash Barty in the third round on Saturday (September 4). The American said it was “cool” to see teenagers like Raducanu announcing themselves in Flushing Meadows but was ready for the “battle”.

Raducanu is yet to drop a set through three qualifying matches and three main-draw matches at the US Open, just her second-ever Grand Slam tournament.

She announced herself with a breakthrough performance at Wimbledon, making it to the fourth round as a wild card before retiring a set and a break down to Ajla Tomljanovic while dealing with breathing difficulties.

The 18-year-old has proven that her impressive antics at the All England Club weren’t a fluke, making it to her first tour-level final in Chicago two weeks ago before qualifying for the US Open and making it to the second week of a Major once again.

She produced her most complete performance yet as she overcame world No 41 Sara Sorribes Tormo 6-0 6-1 in just 70 minutes in the third round, with the Spaniard having recently knocked Ash Barty out of the Olympics.

JUST IN: Dan Evans wants Daniil Medvedev ‘nowhere near him’ after US Open loss

Raducanu will now face Shelby Rogers for a spot in the quarterfinals, in what will be her first-ever outing on tennis’ biggest stadium, Arthur Ashe.

Rogers herself impressed in the third round, upsetting world No 1 and recent Wimbledon champion Barty with a 6-2 1-6 7-6(5) victory.

The American was complimentary of the Bromley teenager after earning a spot to play her in the fourth round, admitting she would have to learn more about Raducanu’s game as such a new face on the tour.

“I’m going to have to do a little bit of scouting I think,” the world No 43 said.

“But she’s fearless. She is playing very well and she’s inspired. It’s going to be a battle. I am ready for it.”

Rogers was also complimentary of the young players announcing themselves at the US Open.

As well as Raducanu’s impressive run, Carlos Alcaraz became the youngest man in the Open Era to reach the quarters in New York, while Leylah Fernandez – who turns 19 today – completed back-to-back comeback wins over former champions Naomi Osaka and Angie Kerber to also book a spot in the last eight.

The American added: “It’s really cool to see the younger generation coming up in this tournament, getting some big wins. It’s really impressive.

“I’m going to have to bring my best tennis again in a different way I think, though. Every match. That’s the cool thing about tennis, you have to adjust every single time and make a new strategy.”

Meanwhile, Raducanu was ready for the atmosphere on Arthur Ashe Stadium as she faced a home favourite.

“I think not playing in front of your home crowd, you have a different level of motivation,” she said.

“I’m pretty motivated for any situation that I’m thrown into.”