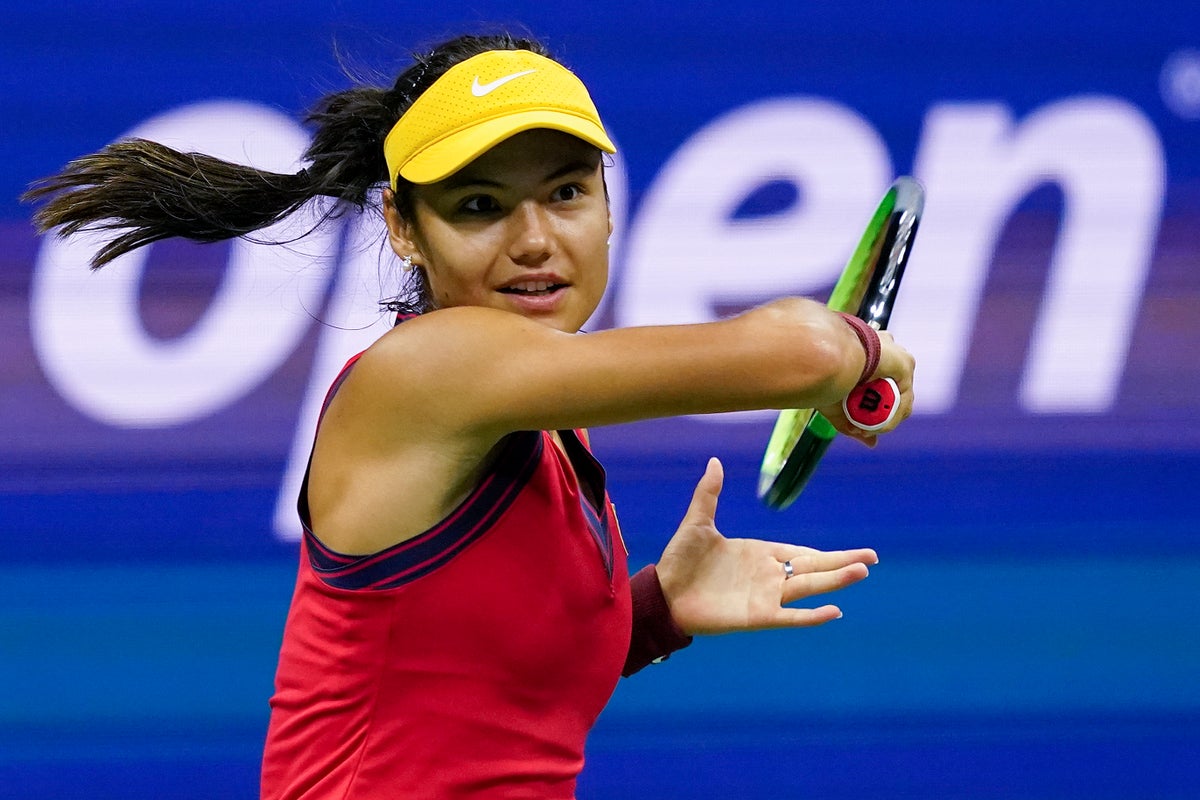 Emma Raducanu’s US Open final against Leylah Fernandez will be broadcast live on free-to-air television after Channel 4 struck an agreement with Amazon Prime Video to broadcast the match.

It means the conclusion to the 18-year-old’s spectacular run at Flushing Meadows will be available without a paywall, with coverage of one of the biggest sporting stories of the year set to begin at 8pm.

Amazon have also agreed a rights deal with BBC Sport, who will air highlights of the final on Sunday afternoon.

“Emma’s journey from qualification through to the US Open final at the age of 18 is a truly magical story for British sport and we think it’s important that we extend our coverage to as many people as possible to support her in this historic moment for women’s tennis,” said Alex Green, managing director of Prime Video Sport Europe.

“Young tennis talent such as Emma need the right support to become the stars we see today and we’re delighted to be able to commit even more investment to the next generation of women’s tennis in the UK.”

“We’re glad to have worked with Prime Video and pulled out all the stops to get it on air and I’m sure viewers will be thrilled at the prospect of watching Emma in this grand slam final.”

Already the first qualifier to reach a grand slam final in history, Raducanu, who is yet to drop a set throughout the tournament, is attempting to become the first British winner since Virginia Wade in 1977.

She has been made a slight favourite over fellow teenager Fernandez, but insists there is no pressure on her shoulders heading into the final.

“Is there any expectation?” Raducanu said. “I’m a qualifier so there’s no pressure on me!”

“Honestly the time here in New York has gone so fast, I’ve been taking care of each day and before you know it three weeks later I’m in the final, I can’t actually believe it.

“Since I’ve been here I’ve had great support. Playing under the lights on Arthur Ashe Stadium is one of the most iconic things in tennis. I was so excited.”