Andy Murray is pretty sure what lies in store for him when the draw is made for his doubles comeback next week – a clash with brother Jamie.

The 32-year-old Scot is coming back at the Fever-Tree Championships at Queen’s Club and is expecting Sod’s Law to kick in when the first round is drawn on Saturday lunchtime.

‘It’s bound to end up happening, I wouldn’t be surprised if that was how the draw came out,’ said Murray Jr. ‘If I play him I will definitely be trying to win, of course.’ 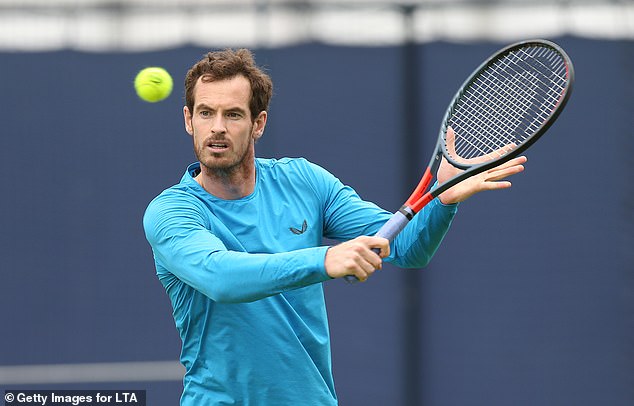 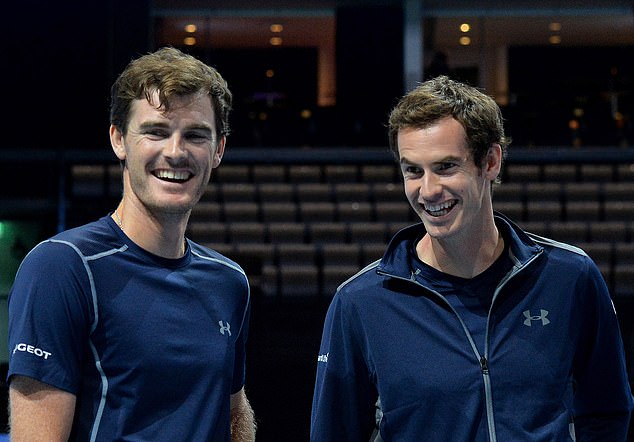 Whatever his premonitions, after more than 18 months of near despair with his hip condition, the two-time Wimbledon champion is perceptibly more optimistic about the future.

The second operation he had in late January is so far yielding exactly what he hoped and on Wednesday, he revealed he is planning to play doubles potentially for four straight weeks.

There will be Queen’s next week in the company of veteran Spaniard Feliciano Lopez. He then intends to play both Eastbourne and Wimbledon, with partners yet to be determined. 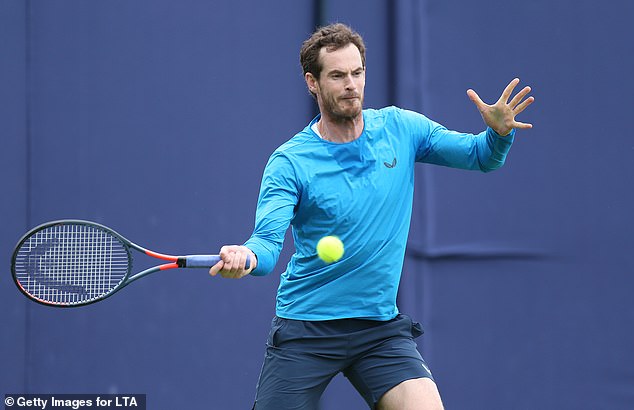 When Murray began his return to the court in the spring he did talk to Jamie about pairing up, but his sibling ended up going with new partner Neal Skupski, following his split from Brazilian Bruno Soares at the French Open.

‘I discussed playing with my brother a month, six weeks ago,’ said Andy. ‘I had barely started hitting balls at that stage. We spoke about it and I told him that it was not certain that I will be ready to play and I also don’t particularly want to let him down two minutes before the tournament.

‘I wanted to wait a bit closer to the time. I was looking at guys to potentially play with in this tournament and ones I would be able to get in with without taking a wildcard from one of the other British grass-court teams. Feli is a very good grass-court player and someone I have always got on well with on the tour.’

The Lopez agreement may not extend beyond Queen’s as the Spaniard may need to play Wimbledon qualifying in the Eastbourne week.

‘My plan is to try to play Queen’s, Eastbourne and Wimbledon,’ said Murray. ‘I’ve just spoken to a few players who are a bit more relaxed about whether I can play or not, so not necessarily doubles specialists but guys that — if I was able to — would be up for playing.’

He added that playing with brother Jamie for Great Britain in November’s new Davis Cup finals week in Madrid is a considerable attraction. ‘Yes, I would enjoy that,’ he said. ‘They’re the kind of things I’d have missed with not being able to play.’ 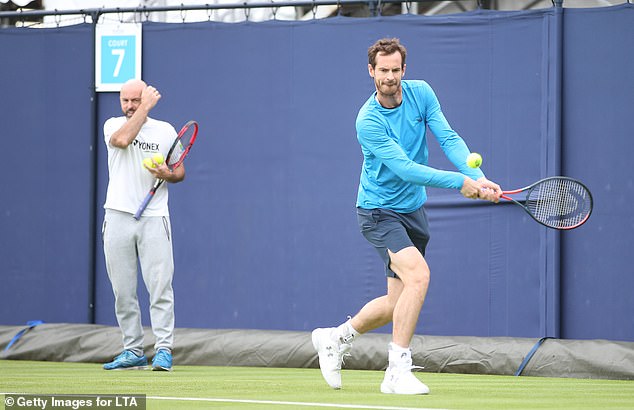 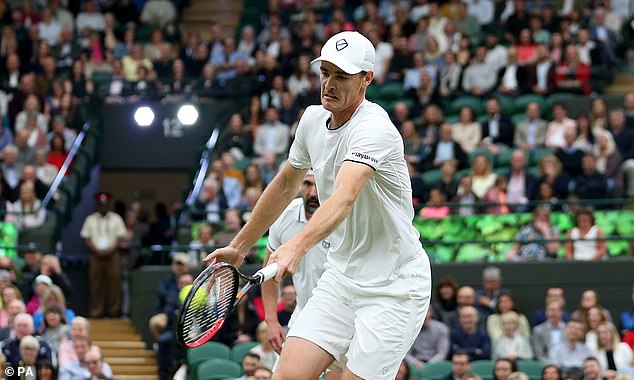 Caution remains a watchword for Murray when it comes to his body and he is aware that coming back on grass, with its slippery qualities, is not always straightforward.

‘Everyone who plays the first few matches on grass, there is a little bit more at risk,’ he said.

‘What I needed to ask with my team and surgeons and doctors is: if my hip is healed, what damage could I do by playing? If there is the chance of me doing damage then I will not play.

‘I think doubles is that kind of middle ground where I am getting competitive tennis, obviously not moving quite as much, and the loading on the body is less. You’re getting lots of quick, sharp movements, which will hopefully help me later in the year.’

He believes there will be no changing of the guard at Wimbledon this year, with Roger Federer, Rafael Nadal and Novak Djokovic continuing to hold sway.

‘I don’t actually see it happening this year,’ said Murray. ‘I think the winner will come from those three. I guess it’s possible some of the guys with huge serves could go on a run and there will maybe be some upsets early on.

‘If those guys are fit and healthy and get through the first few rounds, I’d expect one of them to come through.’ 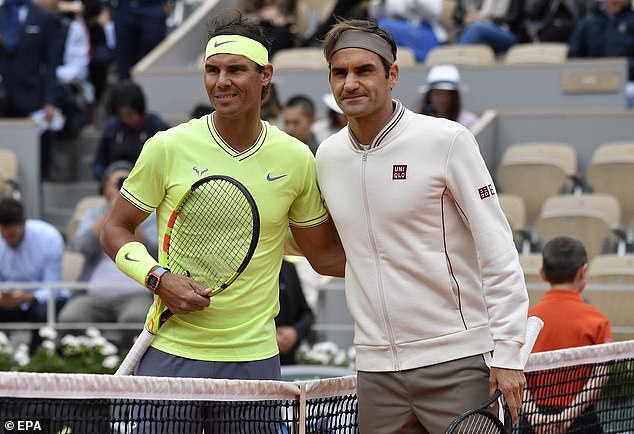